Labuan became a part of the Federal Territories on April 16,1984. — Filepic

FEDERAL Territory Day this time around comes amid an incredibly challenging time economically and socially.

Development plans for the Federal Territories of Kuala Lumpur, Putrajaya and Labuan have taken a back seat over the past year due to the Covid-19 pandemic and movement control order.

Various short- and long-term measures have been designed to uplift the needy, while making sure developmental aspects of the territories are given equal attention.

StarMetro spoke with Federal Territories Minister Tan Sri Annuar Musa, who took the helm last year, on what was to be, what could not happen and what the future holds for the three territories and its residents.

As Kuala Lumpur’s population is expected to grow 1.05% annually and reach 2.25 million by 2040, the need for affordable housing increases too.

Annuar said the ministry was targeting to build around 20,000 units of council homes within the next 10 years.

These units are to be rented out for between RM500 and RM850 per month for a period of five years to those who do not own a house.

“Currently, some 2,000 units are being built in Segambut and another 750 in Cheras. We aim to complete these in three years, ” he said.

Another plan in the pipeline is the construction of 6,000 affordable housing units in Kuala Lumpur and another 3,000 in Putrajaya under the Residensi Prihatin initiative.

Several areas were identified for the projects, and construction was expected to start middle of this year and completed in 2024, said Annuar.

“This initiative is to help city folk who failed to secure bank loans to buy a house.

The ministry, he said, also planned to build 50 houses a year under the Program Rumah Wilayah Prihatin through strategic partnerships with private companies.

These houses were targeted at the urban poor, he added.

Entrepreneur developmentCovid-19 has laid waste to the job market, leaving many in Kuala Lumpur and Putrajaya in financial difficulty after losing their jobs or being asked to take unpaid leave.

Among measures to assist those financially affected is the plan to build 1,100 trading kiosks by 2023 for young entrepreneurs to do business – an initiative launched on July 7 last year.

These kiosks are to be placed in central areas in Kuala Lumpur to sell food and beverages, gadgets and accessories, souvenirs, crafts, books, clothing, decorations and cosmetics and beauty products.

“To date, some 275 traders have been offered a spot under this initiative, ” said Annuar.

In Putrajaya, 30 trading lots at the Dataran Niaga Belia in Presint 14 were given a six-month rental exemption since last August.

The traders will be charged RM150 monthly from this month.

This effort is in addition to the free trade area initiative announced on Nov 15 last year, allowing petty traders to apply for temporary licence to do business at any suitable location.

Annuar hoped these moves would uplift micro-entrepreneurs and stimulate economy in Kuala Lumpur and Putrajaya.

The prolonged MCO coupled with its shifting levels of severity have discouraged public movement.

The impact is felt most among the B40 group, who, in addition to the restricted movements, have also had to grapple with reduced income amid the economic uncertainty.

This year, the ministry plans to expand the MyGrocer@Wilayah programme to 158 locations from 36 last year, owing to the good response among residents.

The programme, launched on Aug 29 last year, saw trucks carrying fresh groceries to low-cost housing areas once a week, from 7.30am to 11.30am or from 4pm to 7pm.

We plan to add 20 more trucks to deal with the increased locations that would include public and private low-cost housing areas and traditional villages, ” said Annuar.

Groceries on the trucks are priced 5% to 20% cheaper than those at wet markets.

Annuar hoped that the initiative would help limit public movement as people were no longer needed to travel far to buy food supplies.

“The programme will also help the economically vulnerable with their living costs amid the economic challenges brought about by the pandemic, ” added Annuar.

He also said that the MYFood@Wilayah initiative would be continued this year.

Last year, the ministry spent RM1.6mil to purchase and distribute food items to needy households under this initiative.

Today also marks the launch of the MYBeras@Wilayah programme, where 23,000 rice bags weighing 5kg each will be distributed to poor households this month.

“Distribution will be conducted three times a week – Monday, Wednesday and Friday – through the Federal Territories Residents Representative Council.

“People can apply to the council after which they will be issued a coupon, which they can use to redeem the rice bag, ” said Annuar.

The rice bags, he added, were donated by individuals and private corporations, and the initiative would run until June.

A monumental task that lies ahead for the ministry is the redevelopment of Kampung Baru in Kuala Lumpur, which has yet to see a conclusion.

Annuar has abandoned a plan by his predecessor, Khalid Abdul Samad, to buy the plots of land at RM1,000 per sq ft to kick-start a mixed development there, citing failure to secure agreement from all landowners.

Annuar plans to push ahead with a different plan that would involve a RM1.5bil allocation under the 12th Malaysia Plan.

“The plan will include work to upgrade and widen the main roads as well as build new roads and a tunnel in Kampung Baru.

“The ministry has agreed for the Kampung Baru Development Corporation to prioritise the upgrading of basic amenities in the area to facilitate long-term developments, ” he said.

Redevelopment of the enclave has proved to be elusive in the past due to issues such as multiple land ownership and compensation dispute.

It remains to be seen if Annuar will be able outdo his predecessors, none of whom had succeeded in turning the area into a model of city development.

He also announced on Dec 21 last year that the ministry, through DBKL, was in the process of identifying rundown areas and dilapidated complexes in the city to be redeveloped.

Annuar had said the National Land Code might be invoked if the owner could not be traced, allowing DBKL to kick-start the redevelopment of the place.

He had also said that developers could apply for a 50% discount in development fee from DBKL until May 31 this year, a move he hoped would spur economic growth and encourage creation of jobs.

Unlike last year, the FT Day celebration this year will be a

more subdued affair, in light of the MCO.

A ministry spokesperson said many events had been cancelled to avoid public gatherings and to comply with directives from the National Security Council and Health Ministry.

“Celebratory programmes, this year, will be based on a people-friendly concept amid a new norm and not events that involve public gathering, ” said Annuar.

The minister added that business and government premises were also encouraged to put on festive lighting in conjunction with the celebration throughout February. 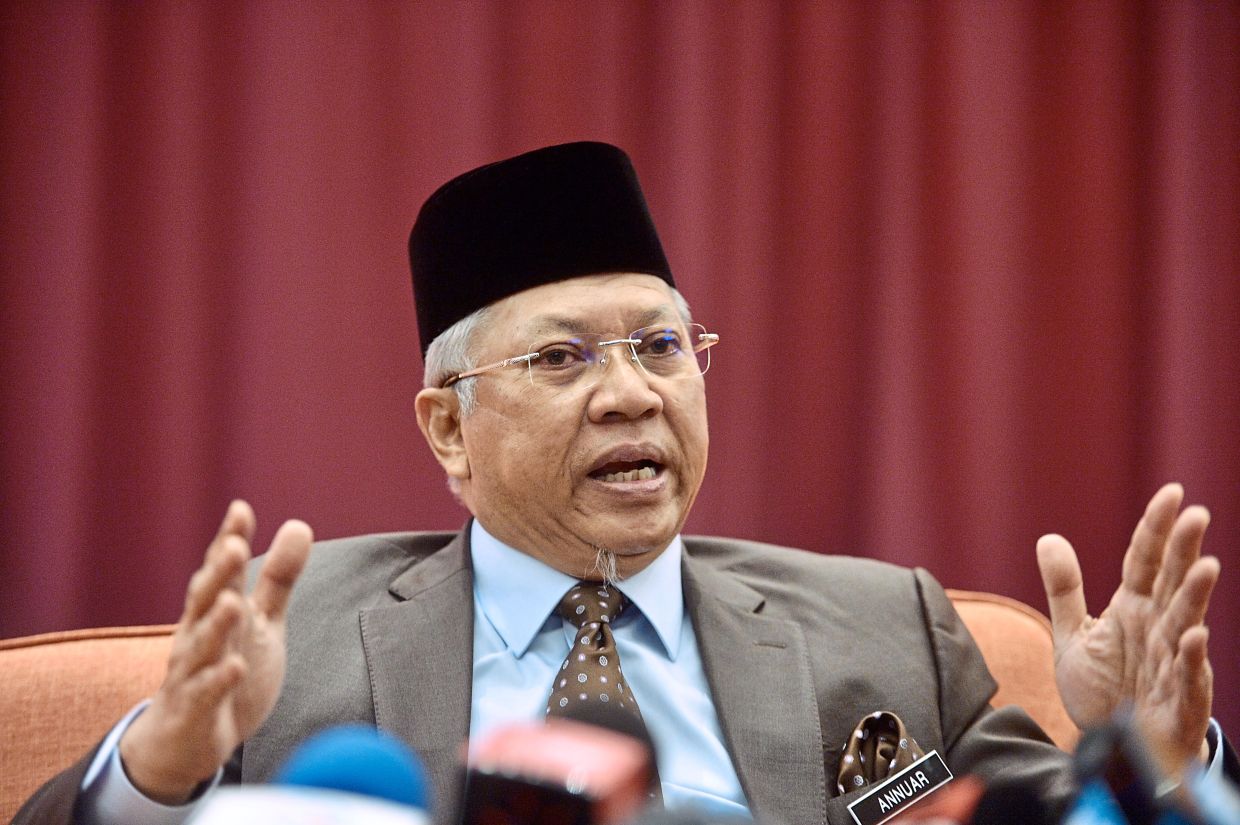 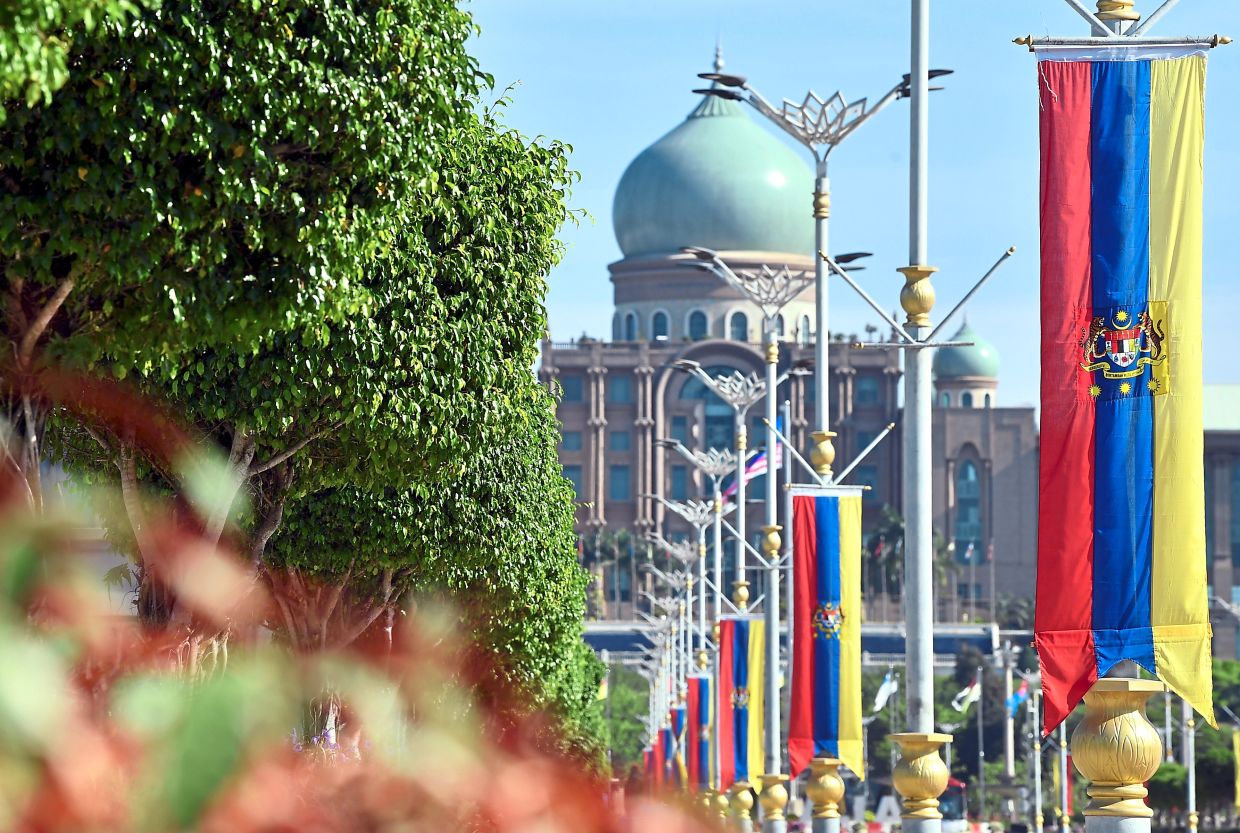 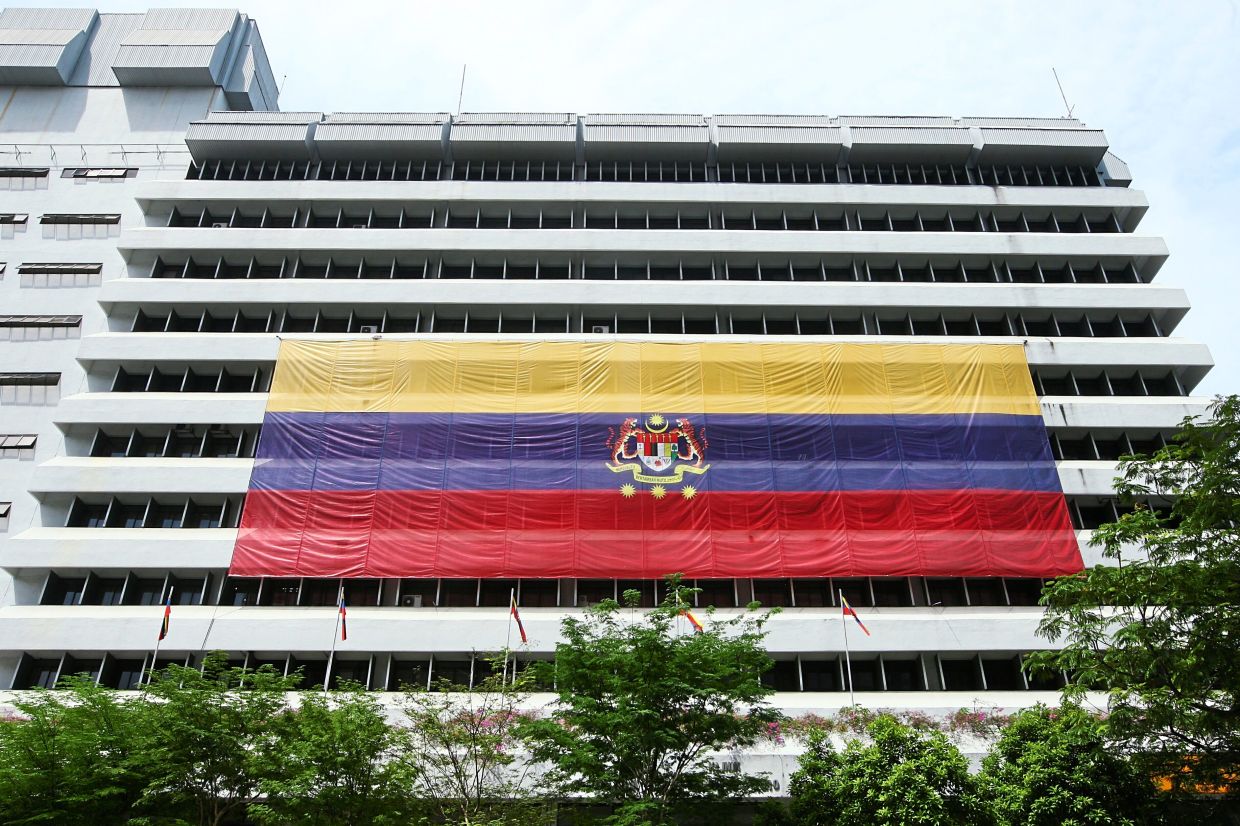 Labuan became a part of the Federal Territories on April 16,1984. — Filepic

A view of Kuala Lumpur city with Kampung Baru in the foreground. The land ownership problem at the traditional village has yet to be resolved. — Filepic

Annuar says in the pipeline is the construction of 6,000 affordable housing units in Kuala Lumpur and 3,000 in Putrajaya under the Residensi Prihatin initiative.

In light of the MCO, this year’s Federal Territory Day celebration will be a low-key affair. — Filepic

Buildings in Kuala Lumpur have been decorated with the FT flag in conjunction with Federal Territory Day. — AZMAN GHANI/The Star