Amirudin announced in the state assembly last November that 37,130 reports on potholes were on roads maintained by local councils and 10,219 were on federal roads. — Filepic

SELANGOR government and mobile navigation app Waze are in collaboration to identify potholes in the state so repairs can be done immediately.

State local government, public transport and new village development committee chairman Ng Sze Han is encouraging motorists who use the app to report potholes they see during their journey.

“Roads dotted with potholes are unacceptable. I urge the people to lodge a report through Waze. Other approaches would be to inform the respective local council, area councillor and even the state assemblyman.

“Bad roads are unacceptable. People must raise the matter with their local councils and it must be acted on swiftly. I advise all road users to be alert on the road, ” he said.

“If the roads come under the jurisdiction of the district Public Works Department (JKR) or private construction companies who are in the midst of building a structure, the council must inform them and ensure the roads are repaired for people’s safety, ” he said. Azman said while potholes were a bane, reporting them swiftly was key.

Another 4,553 reports were on Selangor JKR roads and 393 on roads under the district land office. 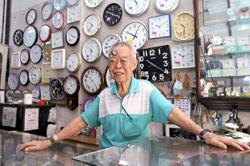