IT WAS almost like history repeating itself for folk in Ayer Itam, Penang, when the road leading to their public market there is closed again for the second time in under a year.

The road closure involves two roads beginning today from 6am following the re-implementation of the movement control order (MCO). 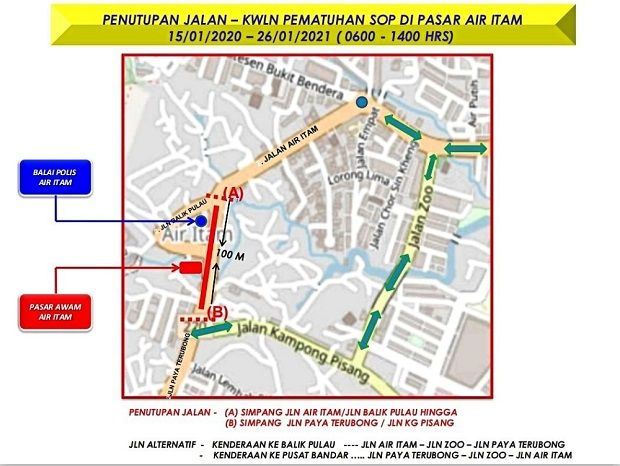 “People who want to go to the market can park their vehicles outside the barricades and walk to the market, ” he said.

ACP Soffian said the decision to close the road was made after he visited the market yesterday morning to inspect the situation on the second day of MCO.

“During our visit, we found that many market-goers rode to the market on motorcycles and did their shopping by the road without even getting off their vehicles.

“We found this arrangement to be not practical as it has caused the area to be crowded with people, thus making physical distancing impossible, ” he said.

ACP Soffian said the road closure would only be from 6am to 2pm daily during the MCO, instead of a 24/7 closure like during the first round of the MCO in March.

On March 30 last year, the market was closed to traffic after pictures of a sizeable crowd going about their shopping there went viral.

Ayer Itam assemblyman Joseph Ng Soon Siang, who was present during the visit, said the road closure was meant to minimise traffic movement in the area.

He, however, suggested that the police remove the barricades at 11am to make it easier for motorists.

Meanwhile, roadside stalls near Ayer Itam market are not allowed to operate, just as it had been in the first MCO.

“Stalls selling clothes and other items are in the negative list and are not allowed to operate, ” MBPP said in a statement. 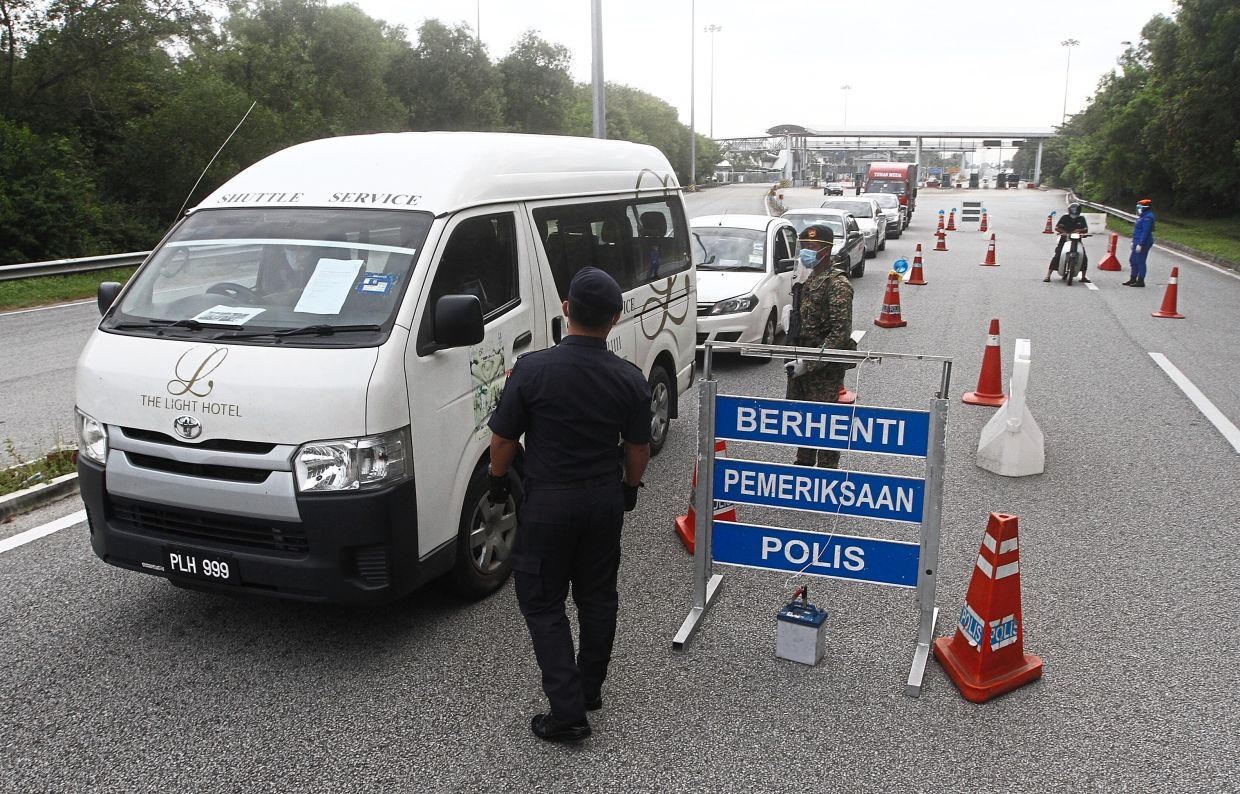 At north Seberang Prai, traffic movement was under control although there are still many vehicles on the roads in Butterworth and Mak Mandin.

“Many are still seen moving about with their vehicles to buy things and go to work, ” he said.

ACP Noorzainy said mobile roadblocks would be deployed only during peak hours at main roads in the district.

He said a total 288 personnel from police, Malaysian Armed Forces, Rela and Civil Defence Force would be assigned in three shifts 24/7 during the MCO.

He said 14 task force teams from the district were also formed, involving 11 police officers and 81 other personnel to monitor SOP compliance in the district.

ACP Noorzainy urged the public to stay at home and not go out if it is not necessary.

“If everyone follows this, we can help the government flatten the infection curve and prevent more outbreaks, ” he said.