The water level at Ayer Itam dam was at 39% on April 15. – ZHAFARAN NASIB/The Star

ALTHOUGH it has been raining lately, Ayer Itam dam is in “alert status”, resulting in the need for cloud-seeding operations.

He said despite some rainfall in Ayer Itam recently, “the dam is still under alert status with the current capacity at 39%.”

“There will be a series of 15 cloud-seeding operations to induce rainfall in the water-catchment area (WCA) of Ayer Itam dam between this month and August.

“The operations endorsed by the state government will be carried out by the state water regulatory body with assistance from PBAPP,” Jaseni said in a statement.

He said PBAPP wrote to state infrastructure and transport committee chairman Zairil Khir Johari on April 12 to request that cloud seeding be carried out.

“The main objective of the cloud-seeding operations is to prevent a water supply crisis in Ayer Itam and its surrounding areas.

“If there is insufficient rainfall in the dam’s WCA and persistent high water demand continues, there will be a shortage.”

Jaseni hopes the dam can reach 90% effective capacity or higher by December.

“This is to prepare for the next dry season which is expected in January next year.

“It will take a significant amount of rainfall to increase the dam’s effective capacity from 39% to 90%,” he added.

Jaseni said cloud-seeding operations were essential for PBAPP to ensure sufficient water supply in Ayer Itam and its surrounding areas.

“The state government funded a cloud-seeding campaign in 2020 to prevent a water crisis in Penang when the Teluk Bahang dam’s effective capacity dropped to its lowest at 16%.

“That campaign helped to ensure continuous supply with no water rationing in Penang,” he said. 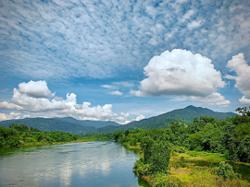 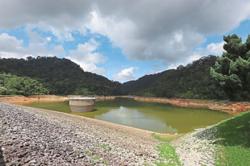