JOHOR BARU: The Johor government has allocated RM2mil for the third phase of Johor WiFi 2.0 for better Internet connectivity, especially in rural areas.

“The first phase was introduced in 2018 and this is the continuation of that programme.

“The first and second phases were built by the local councils from all 10 districts in Johor.

“Next year, one of the areas we will focus on is Mersing, namely Kampung Peta.

“Six islands in the district will also get new telecommunication towers, ” he said when contacted.

“Under the Jendela initiative, Johor will get 103 new telecommunication towers to improve our current Internet connectivity, including in rural areas.

“The initiative was previously known as the National Fiberisation and Connectivity Plan (NFCP) but was later changed, ” he said, elaborating that the development was expected to start in the first quarter next year.

“Aside from new telecommunication towers, we are also looking into building more free Internet centres in rural areas that are previously known as the 1Malaysia Internet Centre or Felda Internet Centre.

“The Rural Development Ministry has built over 80 Internet centres in Johor and we hope to provide more such centres in line with the state’s digital agenda, ” he added.

He emphasised that the success of this plan did not solely depend on the teachers and the government but also parents.

“In a study conducted, we found that about 30% of students did not participate in the online education platform from the beginning of the movement control order (MCO) until now.

“The Education Department has made all teaching materials available online but there are complaints that some students do not have smartphones or computers to use.

“Parents must be proactive in helping their children get these materials and not place the burden solely on the teachers alone, ” he said. 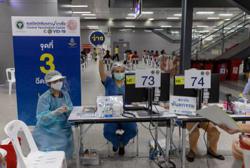