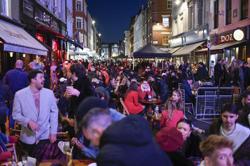 A group of foreign workers returning to their units with their belongings at Desa Bistari Apartments in Taman Jerejak Indah, Batu Uban, after their earlier attempt to leave the premises was thwarted.

SOME 20 to 30 foreign workers were spotted leaving the Desa Bistari Apartments in Taman Jerejak Indah, Batu Uban, Penang, on Saturday night just after the Government’s announcement that the apartments would be placed under enhanced movement control order (MCO) in targeted locations.

The apartments’ joint management body (JMB) chairman Md Yusri Md Yusoff, 38, said a van and a bus came to pick up the workers from about 11pm on Saturday till around 1.30am yesterday.

“I was surprised when I saw several foreign workers from the factories nearby with their luggage at the lobby area late at night.

“They were with their agents. They packed their items and were moving out to another location in Batu Maung.

“I quickly stopped the agents and told them that the objective of having enhanced MCO was for the residents here to be quarantined and undergo swab tests, ” he said.

Md Yusri added that some of the foreign workers eventually returned to the apartments yesterday morning.

“Some of them came back with their luggage.

“However, there were some foreign workers from Block B who were seen taking e-hailing services to leave the place this morning, ” he said.

He urged those who had left, to return to their units as the enhanced MCO in the area begins today.

“We are in the midst of collecting data on those who had reportedly left their units.

“We will work hand in hand with the state Health Department and track down those who are not at their units when they are required to carry out swab tests.

“They are required to observe the enhanced MCO for their own safety as of the public.

Diseases Act 1988, ” he said during a press conference at the George Town district police headquarters in Patani Road yesterday.

ACP Soffian said sub-district 12 and sub-district 13 in Penang on the island will continue to remain under conditional MCO until Dec 20, whereas Jalan Paya Terubong flats and Desa Bistari Apartments would be under enhanced MCO from Dec 7 to Dec 20.

“The enhanced MCO at the Jalan Paya Terubong flats covers an area of 2.4sq

“There are 13 apartment and condominium blocks with 2,730 units in the area. “As for Desa Bistari Apartments, there are two blocks with 520 units.

“It covers an area of 800sq metres with about 2,000 residents living there.

“A total of 237 personnel from the police, army, Rela and Civil Defence Force will be deployed to ensure that residents comply with the standard operating procedures there.

“There will be two roadblocks at Jalan Paya Terubong flats and one at Desa Bistari Apartments.

“We will have several checkpoints in the area to monitor the residents’ movements, ” he said.

As for the conditional MCO in sub-district 12 and sub-district 13, ACP Soffian said there would be no roadblocks but three special monitoring teams will be assigned to monitor SOP compliance there 24 hours a day.

“The team will involve the police, Rela and Penang Island City Council (MBPP) personnel, ” he said. 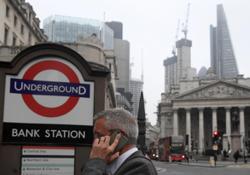