TWO bridges, meant to benefit the blind community in Brickfields, Kuala Lumpur will be demolished due to lack of use.

Almost 10 years after five bridges were built for this purpose, Kuala Lumpur City Hall (DBKL) is now admitting that the two have been white elephants.

One is located at Wisma Harapan connecting SK (P) Methodist Brickfields in Jalan Tun Sambanthan 4, and the other beside the Malaysian Association for the Blind (MAB) connecting Methodist College in Jalan Sultan Abdul Samad.

DBKL is currently discussing with stakeholders on the move to demolish both bridges.

In 2011, DBKL constructed five pedestrian bridges along Jalan Tun Sambanthan and Jalan Sultan Abdul Samad at the cost of RM11mil.

When the idea was first mooted in 2010, the community comprising residents, schools, places of worship and businesses protested, claiming that it would be a waste of money.

Three were installed with six lifts meant for the disabled, costing RM2.7mil each.

In a recent meeting with DBKL Project Implementation executive director Azmi Abdul Hamid, stakeholders were given the assurance that at least two of the bridges would be demolished pending discussion with the one-stop centre (OSC) committee.

Stakeholders present at the meeting were representatives from MAB, Brickfields Rukun Tetangga and LA21, among other non-governmental organisations.

However, Brickfields Rukun Tetangga chairman SKK Naidu told StarMetro that during the meeting with Azmi, a decision was made to demolish only the bridge beside MAB while the one near the school would have its lift shaft removed.

When contacted, Azmi refused to confirm this, saying only that the matter would be brought to the OSC as the demolition exercise would incur cost for DBKL. 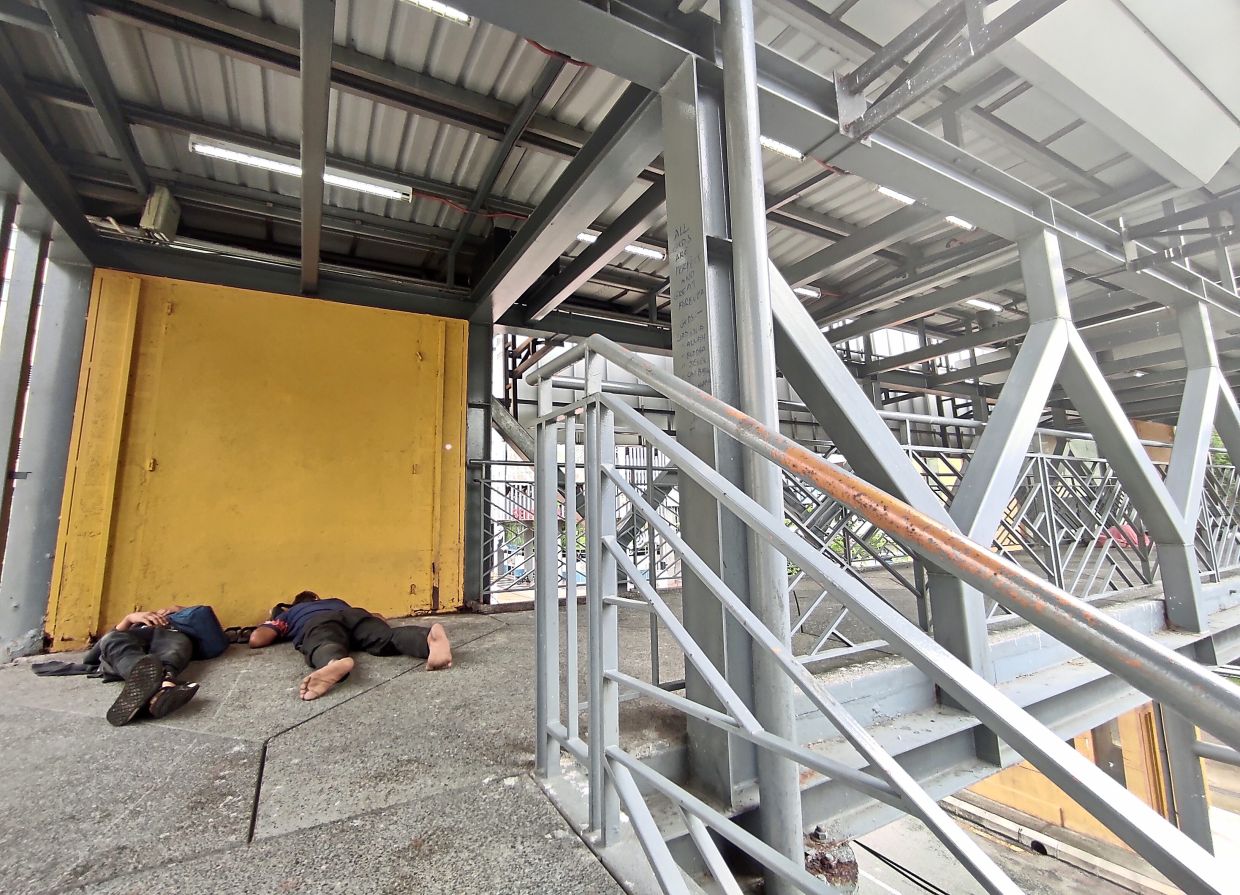 Vagrants, drunks and drug addicts are the only ones using the bridge connecting the school at Jalan Sultan Abdul Samad.

Selangor and Federal Territory Association for the Mentally Handicapped’s former manager T. Kamaraj said he also opposed the idea of the bridges.

“From the start we told DBKL that building the bridges here was not conducive.

“This is a classic example of wasting taxpayers’ money and what happens when the local authority does things without getting feedback from the stakeholders, ” he said.

He added that the community offered alternative solutions such as installing speed humps and zebra crossing.

MAB chief executive officer George Thomas, who also opposed the bridge project, said they were not used by the members as it posed a safety hazard due to the structure’s placement.

“The (road) crossing was too short and it is cumbersome to use the bridge. In fact, we have been pushing for its demolition for a long time, ” he added.

MAB had instead recommended DBKL instal a signalised pedestrian crossing equipped with a sound indicator for the blind.

Members said it was audible and could be heard over the din of traffic and would be very useful for them, but DBKL proceeded to build the bridges.

Senior citizen M. Ramoo said he never used the bridges as they were hard on his legs.

“My legs hurt when I climb the steps, I will never use it, ” he said, adding that the project was not meant for the people.

Shortly after the bridges were built, it became clear that not many were using them. It did not take long for vandals to strike.

The guardrails went missing and the lift cables were stolen, making the bridges dangerous to use. Graffiti was scrawled all over as well.

To make matters worse, the bridges were taken over by vagrants and drug addicts who made it their sleeping area.

In July 2013, the then Kuala Lumpur mayor Datuk Ahmad Phesal Talib ordered the installation of closed-circuit television cameras in the bridges that would be linked to the police headquarters to deter thieves and vandals from damaging the facilities.

The move, however, failed to convince people, especially the blind community, to use it.