WTCKL’s biggest hall, Tun Razak 1, can accommodate up to 3,000 persons at any given time with the SOP for the new normal.

MALAYSIA’s convention and exhibition industry has been badly hit by the Covid-19 pandemic and the movement control order since early this year.

It has practically brought to a halt the meetings, incentives, conferences and exhibitions (MICE) businesses in the country. 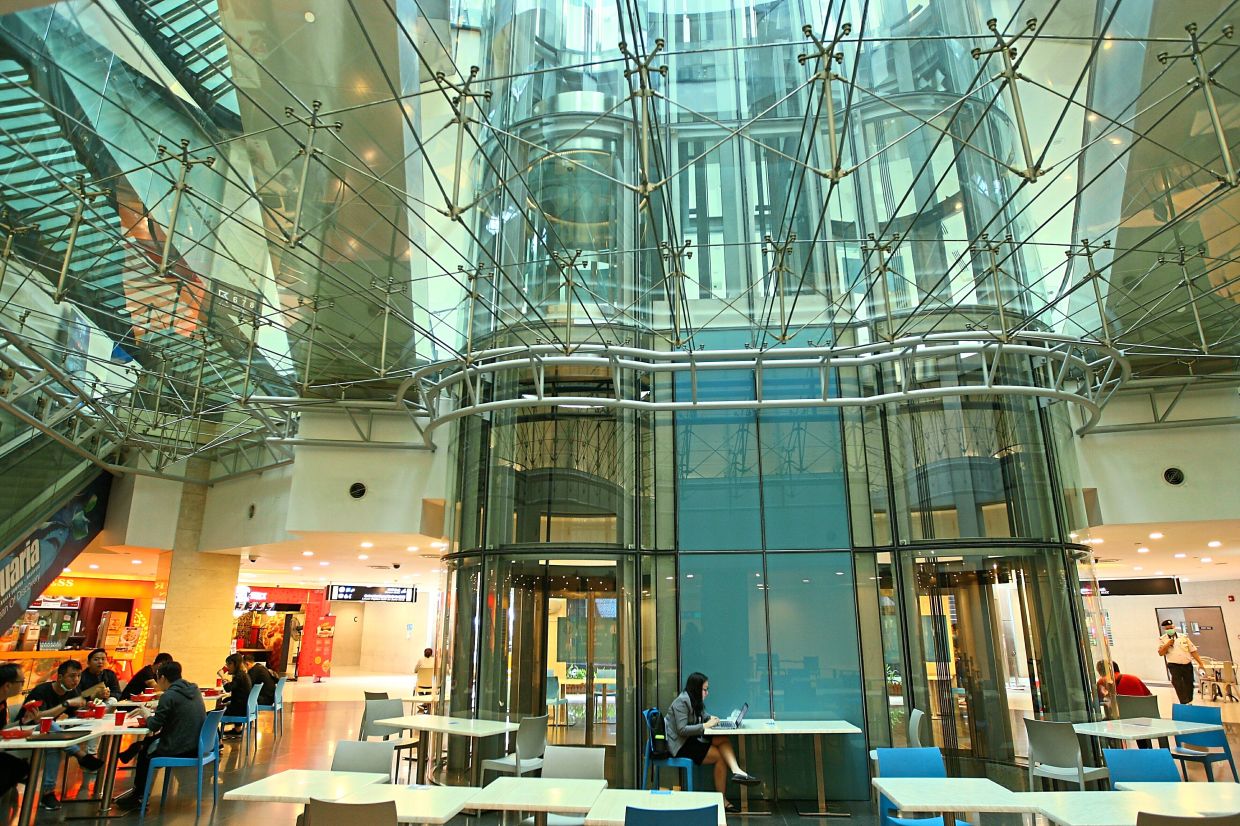 KL Convention Centre anticipates a further drastic decrease in the number of events or meetings in the first and second quarters of 2021 due to the rapidly evolving uncertainties and loss of clientele.

Industry players are seeking the government’s assistance to survive these unprecedented trying times.

Among the suggestions they have made are easing travel restrictions for business travellers, opening borders, providing cash aid and reducing red tape for licensing matters.

StarMetro spoke to the main players in the sector to find out more about their predicament and their future plans.

Malaysia International Trade and Exhibition Centre (Mitec)Mitec is the country’s largest trade and exhibition centre, as well as largest player in the sector.

Positioned as an economic catalyst and gateway to South-East Asia, Mitec is the third largest MICE venue in the region, offering more than 51,000sq m of exhibition space and triple-volume exhibition halls. 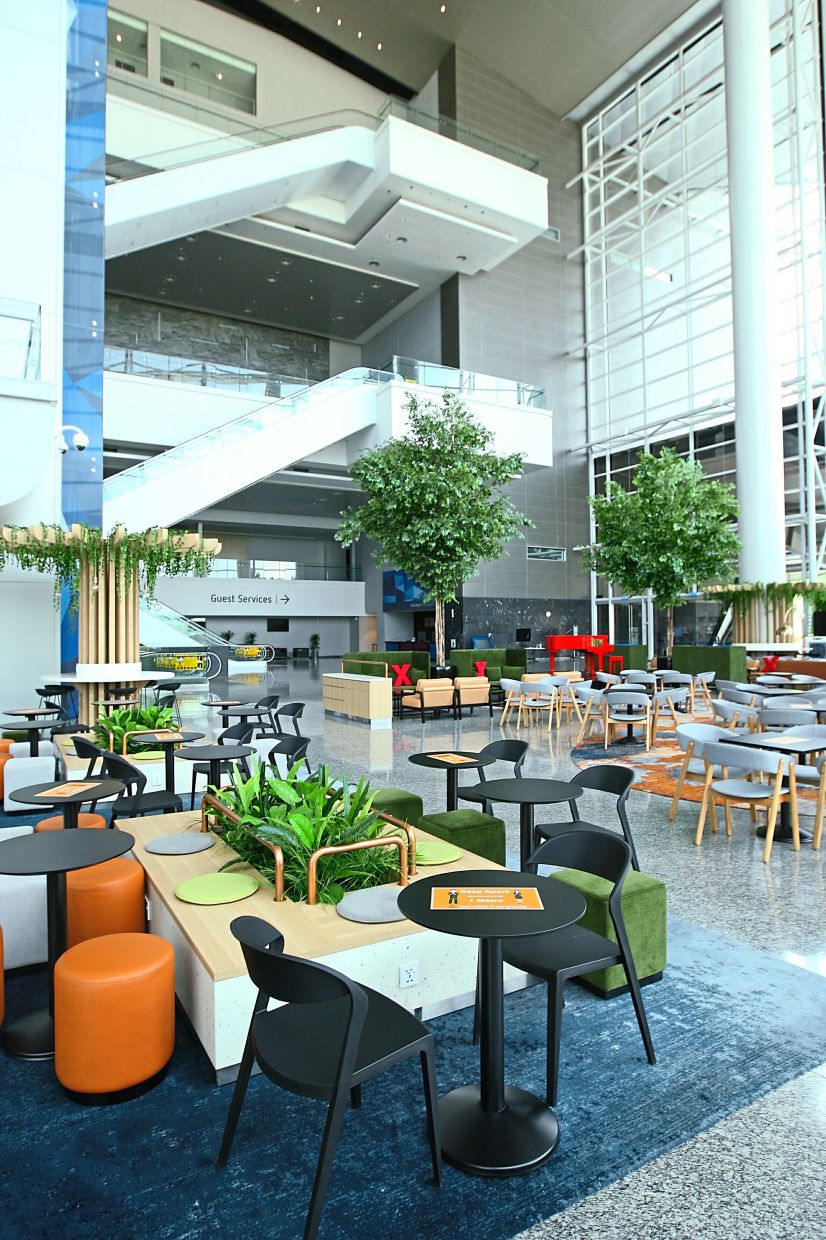 Mitec is implementing a transition strategy which includes the retrenchment of 90 employees.

Its chief executive officer Gunther Beissel said the government’s implementation of the MCO to curb the spread of Covid-19 since March 18, followed by the conditional MCO since Oct 14, had brought the entire business event industry to a standstill.

Mitec, he said, would be going into hibernation starting next month to minimise operating loss.

Mitec is implementing a transition strategy that includes the retrenchment of 90 employees.

“As part of our commitment to our clients, stakeholders and service providers, Mitec is ensuring the sustainability of the business by retaining a core team of nine employees.

“This is not a decision that was made lightly, as we had done everything in our power to support a safe and sustainable reopening of our venue in July 2020 (after the MCO moved into the recovery phase), from implementing robust health and safety measures at our venue to joining our industry in making a collective commitment to the business events safety protocols for organising events, ” said Beissel.

Mitec is also proposing a designated forum to ensure more engagement and dialogue with the government and the inclusion of industry players when formulating national policies or financial support relating to the sector, as it has shown potential as a catalyst for economic growth in the past.

“It can be a coalition of events industry associations and businesses, representing agencies, promoters, organisers, venues, suppliers and freelance communities, together representing thousands of professionals, ” Beissel elaborated.

He said that in the long term, the industry needed to obtain data reporting from all players to ensure consistent statistics to measure the value of the industry and its contribution to the country’s economic and social growth. 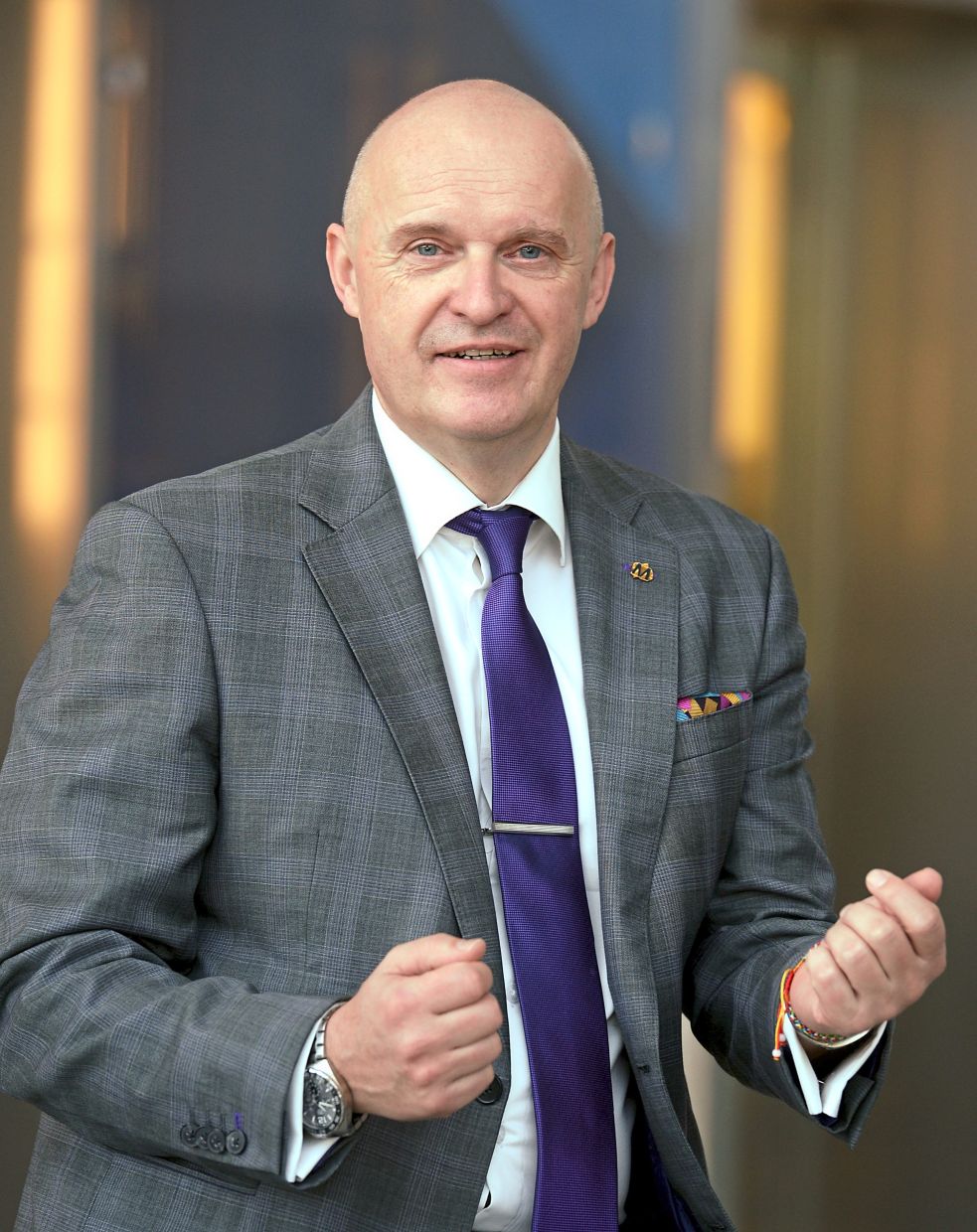 Beissel says the MCO has brought the entire business event industry to a complete halt.

“The government could consider allocating funds towards grant and subsidy support for the industry supply chain.

“An initial suggestion would be to seriously consider tax breaks, reduce utility cost and ease the burden of licensing and red tape related to permits, ” he said.

He highlighted that last year, from March to October, the centre had conducted over 1,070 events with 1.25 million delegates generating over RM730mil.

For the same duration this year, he said, the convention centre hosted only 159 events with only 12,000 delegates generating a mere RM6.6mil.

“This reflects an 85% drop in events and 99% drop in delegates, resulting in a 99% decline in economic impact.

“For this year, we have achieved only 7% of our total bookings secured for March to October, suffering a 93% loss. Imagine the combined loss across all venues in Malaysia. It really is quite alarming, ” noted Pryor.

He suggests that the government ease restrictions imposed on business events in areas under the conditional MCO.

“We have stringent business events standard operating procedures (SOP) in place, which have already been approved by the National Security Council.

“Our events are organised and executed in a safe, controlled and regulated environment.

“We can adjust participant numbers according to alert levels and venue size.

“Allowing even small groups to meet will help sustain the industry and limit the damage of a complete shutdown.” 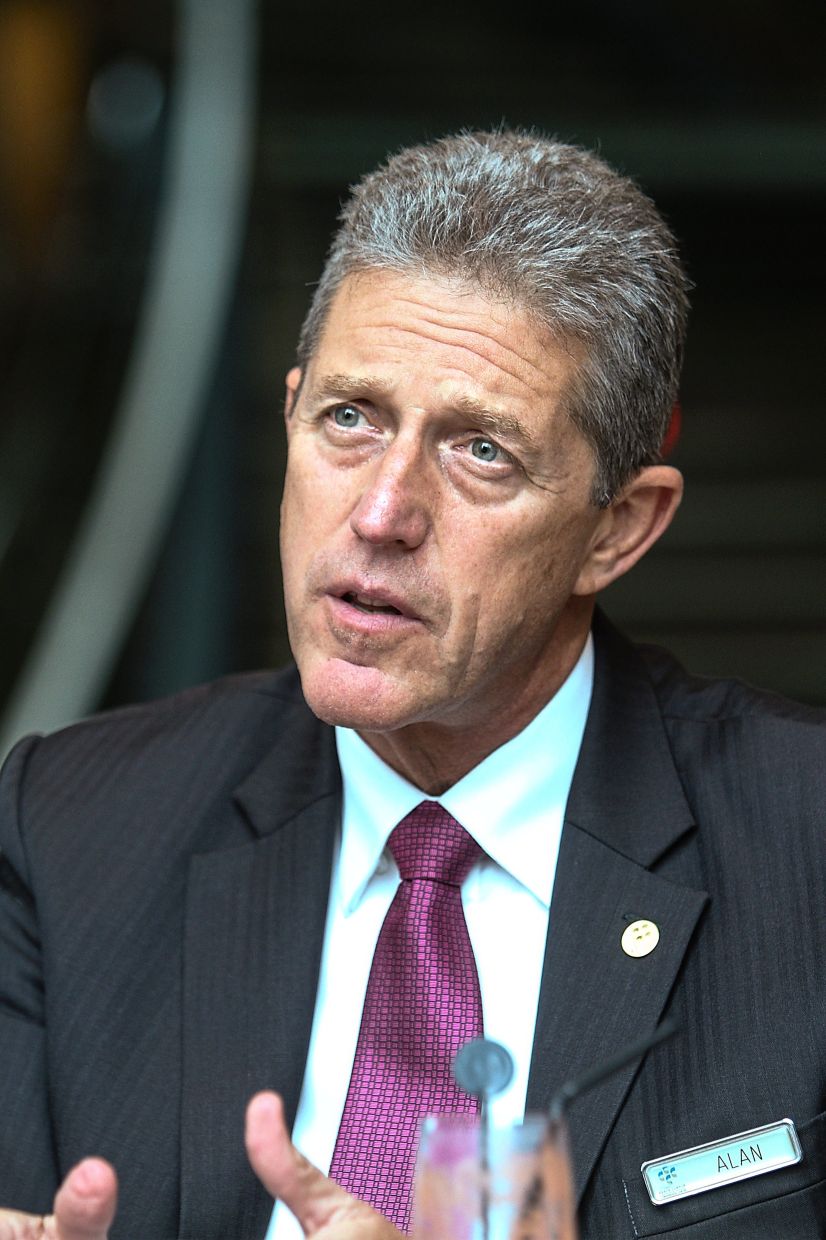 Pryor urges the government to fund grant and subsidy support for the industry supply chain.

“We support the government’s current efforts to establish ‘travel bubbles’ between low Covid-19 risk countries, and encourage other such measures by the Health Ministry.”

On Budget 2021, he said there was no specific provision for the business events industry although they too had been hit hard by the pandemic.

“We suffered event cancellations or postponements that affected the whole supply chain, from event planners and exhibition organisers to the accommodation, retail and aviation sectors.

“Our industry is a massive job creator and employer of thousands of people, and the impact is spread to all levels of communities, ” he said.

He noted that allocations were made for the Meet in Malaysia campaign launched by Malaysia Convention & Exhibition Bureau (MyCEB) in September.

Continued subventions were extremely important but these would not be enough to keep the industry supply chain afloat, especially venues, hotels and even the airlines, which had been badly affected throughout these past months and were struggling to survive, he pointed out.

KL Convention Centre anticipates a further drastic drop in events or meetings in the first and second quarters of 2021 due to the rapidly evolving uncertainties and loss of clientele, added Pryor.

World Trade Centre Kuala Lumpur (WTCKL)The biggest worry for WTCKL, formerly known as Putra World Trade Centre, is the cancellation of events due to the uncertainty of government rules and regulations. 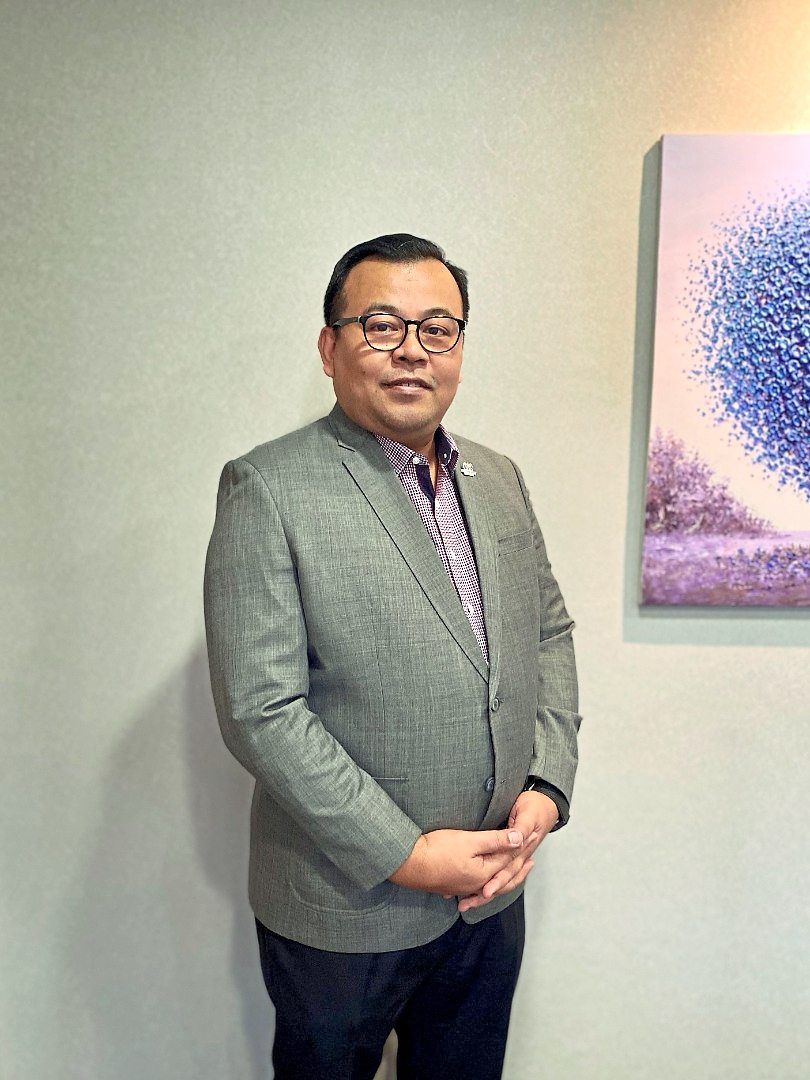 Fauzy says total value from cancellation and event postponement since March is RM50mil.

Its chief operating officer Fauzy Wahab said, “Many event organisers choose to cancel or postpone their events until we have a clear direction, or at least when the vaccines are here.”

He said the total value from cancellation and event postponement since March was a staggering RM50mil.

“We are bracing for the uncertainties as the fluid situation of the pandemic leads to changes in the SOP.

“These changes have a direct adverse impact on our operations.

“We are adapting to the ever- changing guidelines as adherence to them affects the type of events we are allowed to conduct, the number of people per event and many other details.

“The new normal is affecting our industry more than any other because we are a consumer-based business.

“We expect a more upward momentum after the first quarter of 2021, once the vaccine is here.

“As for now, many companies are unable to commit, ” he added.

Fauzy urged the government to ease travel restrictions, especially for business travellers, as well as open borders with SOP in place to revive the industry and stimulate the economy.

“Our neighbour Singapore has reached an in-principle agreement to establish a two-way Air Travel Bubble (ATB) with Hong Kong to allow travel between both countries without quarantine. 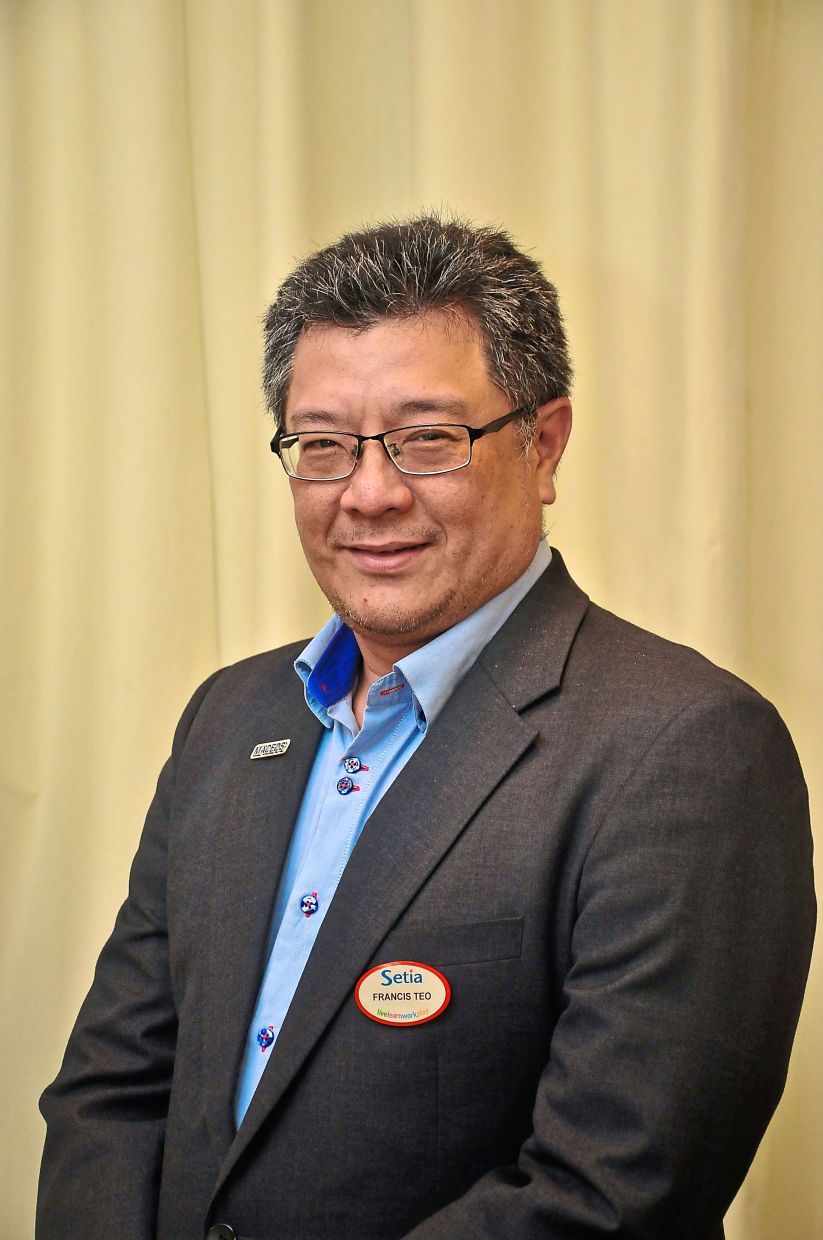 Teo fears more people will be jobless if the industry is not allowed to open.

“This can be introduced here too but limited to countries that have managed to contain the virus.

“Organisers can adjust the number of participants for any event according to the severity of the pandemic, and also venue capacity.

“For example, in WTCKL, our biggest hall (Tun Razak 1) can accommodate up to 3,000 persons at any given time with the new normal SOP.

“We have put everything in place in accordance with the SOP, ” he said.

Malaysian Association of Convention and Exhibition Organisers and Suppliers (Maceos)According to Maceos’ industry survey this year, 42% of its members reported 90% drop in business revenue and 27% suffered a 75% drop compared to last year.

Its president Francis Teo said the recovery of the industry without proper legislative assistance would be devastating to the country in the next decade.

“The industry is the hardest hit and uncertainty over business continuity has affected the livelihood of a 33,000-strong workforce.

“At least 5,610 highly skilled employees have been laid off since March, which is equivalent to 17% of the total industry workforce.

“The number of unemployed individuals will continue to grow exponentially if the industry is not allowed to open, ” he said.

Based on survey findings in May, 45% of member companies were not able to sustain their businesses for more than three months;

only 28% of member companies could sustain the business for more than six months should the outbreak show no signs of petering out.

“This is under the scenario that no business events are allowed during certain alert levels, ” said Teo, who wanted the government to differentiate business events from mass gatherings.

“We can trace every visitor, delegate, speaker and exhibitor as well as monitor, track and put in place a range of measures in compliance with the SOP.”

He also said that it was important to expedite a restart date for domestic business events and gradual opening for international business visitors with reciprocal green lane privileges from selected safe countries. 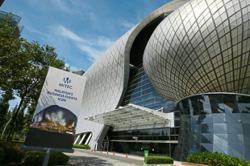 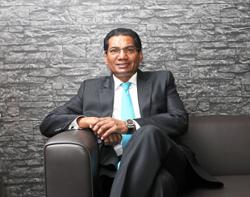