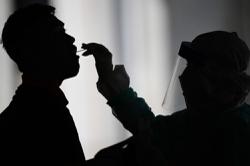 A NEW location at Dataran Boulevard in Section 52, Petaling Jaya, has been added to the list of Chinese New Year (CNY) bazaar sites under the Petaling Jaya City Council (MBPJ) for next year.

Twenty lots measuring 2.4m x 2.4m (8 x 8ft) each will be offered at the space located between Lotus Five Star Cinema and the former Pappa Rich in the area also known as PJ New Town.

The CNY bazaar at Dataran Boulevard will be held from Jan 12 to Feb 11,2021, from 2pm to 10pm daily, except on Fridays, to make way for the PJKita Bazaar.

“The Dataran Boulevard location was suggested during a discussion I had with the Pasar Malam Traders Association a few months ago, ” said Bukit Gasing assemblyman Rajiv Rishyakaran, adding that the group comprised several registered traders’ associations in various locations.

“They mooted the idea as an avenue for traders to make up for losses suffered during the Covid-19 pandemic, as many have been struggling with a drop in business.”

Speaking via a virtual press conference, Rajiv said the idea was brought up to MBPJ and the council’s Micro Entrepreneur Development Committee approved it in early October.

“The traders have to fulfil certain conditions, such as not leaving any structures or stock overnight, not selling illegal items such as fireworks or VCDs and having typhoid jabs for those selling food, ” said Rajiv.

“The permit holder must also be the seller; the permit cannot be transferred or the seller replaced.

‘Standard operating procedures must also be adhered to, such as wearing face masks, contact tracing measures and providing hand sanitiser.”

He added that Dataran Boulevard is a suitable space for a bazaar as it would not cause public disturbance and there is ample parking available in PJ New Town after working hours.

“Anyone can apply for a trading lot – whether an existing trader or someone new who wants to earn some extra income – as long as they fulfil MBPJ’s requirements, ” said Rajiv.

The rate is the same for any of the four locations.

Applications for MBPJ’s CNY 2021 trading lots are ongoing until Dec 3, via http://elesen.mbpj.gov.my 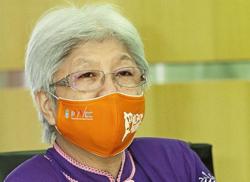