The Malaysian origami movement has helped in the creation of many original works of art.

A series of seven free virtual origami workshops and one webinar, sponsored by the Japanese Embassy in Malaysia and conducted by the academy, were offered to the public.

They culminated in a webinar that was livestreamed from GMBB Kuala Lumpur, and attended by 149 participants.

Malaysia Origami Association founding president Kenneth Ch’ng said the primary objective of the Malaysian origami movement was to promote the art and science of paper folding and equip Malaysians with basic skills so that they could express their creativity through origami.

“Over the past six years, the movement has generated many origami creations.

“Last year, we had the honour of celebrating World Origami Day with Japan Cultural Envoy Prof Dr Jun Mitani who made a stop in Malaysia during his tour around the world, ” he said.

Ch’ng expressed hope that Malaysia could build upon this cultural exchange with Japan further to stimulate more intellectual and artistic collaborations in the coming years. The Malaysian origami movement has helped in the creation of many original works of art.

Japanese Ambassador to Malaysia Hiroshi Oka extended his appreciation to the academy for promoting the Japanese artwork in Malaysia.

“Also, thank you for making the gathering happen amid challenging circumstances.

“The new normal requires us to spend more time at home, but the good thing about origami is that it never pins you down to a specific location.

“With just a sheet of paper, you can enjoy the art of folding wherever you are, ” he said.

Oka highlighted that for centuries, origami had been one of the most popular recreational arts in Japan and had helped foster creativity among the young.

“I remember as a boy being intrigued by the complexity of how a piece of paper is able to magically transform into whatever you imagine, without using scissors and glue.

“Today, we can all see that origami is more than just a form of play for children, and can benefit everyone be it for educational or even industrial purposes.”

He said to harness its full potential, origami should be further promoted at a younger age, to promote better hand-eye coordination.

“With their fine motor skills and mental concentration, children can easily learn how to translate their imagination into a more concrete form.

“I am hopeful this annual event can serve as a platform for Malaysians to learn more about Japan.

“I also hope it will play a bigger role in promoting the close friendship between Japan and Malaysia, ” Oka added. 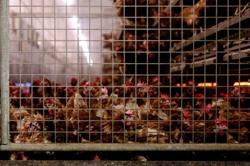