Uncleaned drains are a major bane for residents in Selangor and they want the contractors to buck up. —Filepic

SELANGOR residents in general are satisfied with the services provided by KDEB Waste Management Sdn Bhd which is in charge of solid waste management and general cleaning.

Based on a survey done by the Merdeka Strategic Development Centre Sdn Bhd, it showed that 77% respondents were satisfied with the services provided.

“The company’s performance for domestic waste collection and grass cutting is satisfactory and it scored 70%.

“However, for cleaning of drains and collection of bulk waste, its rating was around 50%, ” said Selangor local government, public transport and new village development committee chairman Ng Sze Han.

He said this in reply to a question from Edry Faizal Eddy Yusof (PH-Dusun Tua), who asked about the results of the survey.

Sze Han said the lack of awareness among the public on collection schedule and types of waste collected were among the reasons why KDEB had poor ratings, especially with regard to drain cleaning and bulk waste collection.

“Many are not aware of the collection schedule and when they see waste dumped illegally by the road or empty land, they assume it is under the contractor’s jurisdiction, ” said Sze Han, adding that most illegal dumpsites comprised industrial and construction wastes which were not under KDEB’s jurisdiction.

To this, Lim Yi Wei (PH-Kampung Tunku) proposed the state erect signboards listing the items for collection and the schedule in residential areas.

Azmizam Zaman Huri (PH-Port Klang) said the state should review its contract with KDEB in light of the unsatisfactory service.

He proposed for the company to handle only garbage collection.

“I have received numerous complaints from the public about uncut grass and cleaning of drains in their areas and when this was highlighted to contractors, they claim these duties are not under their jurisdiction.

“Instead of guessing whose jurisdiction it is, maybe it is best to leave the cleaning and grass cutting to the respective local councils, ” he said.

G. Gunaraj (PH-Sentosa) asked what could be done when KDEB contractors appoint sub-contractors to do the job.

“This is a problem faced in my area where the work is being carried out by sub-contractors, ” he said.

Michelle Ng (PH-Subang Jaya) said that the unsatisfactory rating given by the public was not due to the lack of awareness on the collection schedule.

“In my area, I see uncollected bulk waste which is sometimes left there for three weeks.

“I am sure that within those three weeks, the contractors will have passed through the area.

“Why does it take so long to collect the bulk waste, ” she asked.

To this, Sze Han explained that the state had instructed KDEB to ensure its supervisors monitor the contractors.

To ensure the services improve, the survey would be done again to gauge performance, and the results might be used to determine the company’s Key Performance Index (KPI), he added.

The state assembly was also told that the state recorded 3,585 tuberculosis (TB) cases this year, as at Oct 3.

“To address this, the state allocated RM800 per patient to carry out treatment either at government or private medical facilities, ” said state health, welfare, women empowerment and family committee chairman Dr Siti Mariah Mahmud in reply to a question by Tony Leong (PH-Pandamaran).

“The money is also aimed at helping to reduce the patient’s burden of going for their treatment, ” she added. 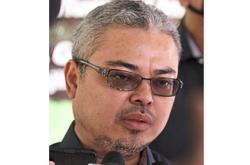