‘The City at Eye Level’ offers over 40 case studies showcasing good public spaces as the backbone of the sustainable city from across Asia. Kerala, Mumbai and New Delhi are among the featured Indian cities.

THE City at Eye Level Asia is a newly launched book that offers insights and lessons from some of the region’s frontrunners in creative and community-led placemaking, heritage revitalisation and place-led development.

The book, a collaboration between Think City of Malaysia, Urban Discovery of Hong Kong and Dutch-based consultancy Stipo, offers more than 40 case studies showcasing good public spaces as the backbone of the sustainable city from across Asia.

The virtual launch saw some contributors sharing sneak peeks of the book’s content categorised under topics like Turning Underused Spaces Into Places, Creativity As Driving Force and Reimagining History.

“The City at Eye Level refers to an existing series of books and an international open-source programme curated by Stipo, a team for urban development based in Rotterdam, ” said book project manager Siënna Veelders.

“The title originally referred to our search for answers on how to develop the plinths in the city for better streets.

“We believe in the power of good plinths since they negotiate between the inside and the outside, between the public and the private, ” she said. 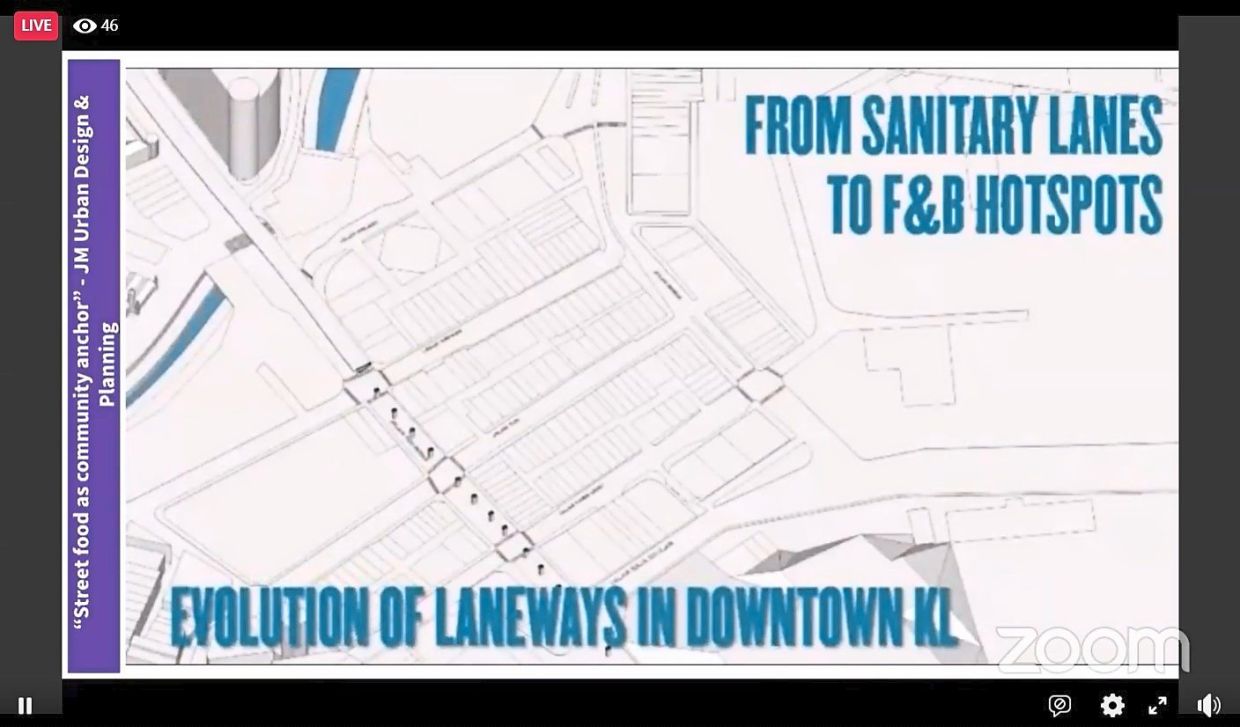 Kuala Lumpur, George Town and Johor Baru are among the featured Malaysian cities in the book.

Stipo later shifted their focus from plinth development to developing great streets, where there is human-scale interaction between buildings and streets, ownership by users, placemaking and a people-centred approach based on the user’s experience, she elaborated.

“With our network of partners, we generated a group of over 200 contributors worldwide and collectively wrote The City at Eye Level books.

“The Asian edition marks the fifth in the series, ” she added.

Some of the challenges the team faced when working on The City at Eye Level Asia included being unable to find interesting examples in certain countries due to an inability to speak their native languages and difficulties in finding the right contacts.

“We learned from experience that some of the underlying

mechanisms for human-scale public space and great social life in the streets are universal, such as the way we as human beings experience the space around us, ” said Veelders.

“But many other mechanisms are local and contextual, such as the specific opportunities and challenges that the local climate brings as well as local cultural perceptions of public space.”

Veelders, who is also Stipo’s urban heritage professional and advisor, said not all concepts that were successful in the West might work in Asia and there were no cookie-cutter solutions as each city was unique in its strengths and challenges.

“Solutions need to be tailored and contextual. This can only be done if you really know a place and its ways.

“There are so many great examples of local city managers, activists and planners in Asia who are working on creative and innovative ways to involve, engage and entice multiple stakeholders, particularly those that dominate urban development.

“They understand that developing human-centric places that build communities can be beneficial and profitable.

“We wanted to collect these great examples and highlight successful Asian strategies to create better places for people, ” added Veelders.

The City at Eye Level Asia book took over a year to be completed. It runs alongside efforts to establish Placemakers Asia, a network of Asian practitioners working on creating better cities.

In the book’s foreword, Think City managing director Hamdan Abdul Majeed wrote: “In the post-Covid world, the pressure for cities to be habitable, resilient, inclusive and healthy remains as acute as ever.

“As we move beyond the virus, now painfully aware of how vulnerable we are, the role of placemaking continues to be just as, if not more, relevant.”

The City at Eye Level Asia e-book is available for free via https://thecityateyelevel.com/shop/

The print version will be available for sale soon.