Earthworks being carried out to level the grounds off Jalan Remia 2 in Bandar Botanic, Klang, prior to the construction of Masjid Jamek Cina Muslim Klang.

SELANGOR’S first Chinese Muslim mosque with a three-storey pagoda that will serve as the minaret, is to be built in Klang.

The mosque, which will have elaborate Chinese architectural features, is inspired by the Great Mosque of Xi’an in China.

Xian is the capital of Shaanxi province.

The mosque will boast ornate carvings and will use less bricks in its construction as more wood is preferred for the walls, pillars and beams in its surrounding complex.

Klang Municipal Council (MPK) has approved the plans for the mosque complex, which will cost RM30mil.

Rainwater harvesters and solar panels are included in its design to complement MPK’s efforts for a greener environment.

“Chinese Muslims are delighted that a mosque with Chinese architectural features is to be built in Selangor.

“Earthworks have started on the 1.2ha land along Jalan Remia 2 in Bandar Botanic.

“It will take at least three years for it to be completed, ” he added.

Sharin said the Selangor Islamic Religious Department (Jais) had mooted the plan to construct a mosque distinct with Chinese architecture, which was well received by the Selangor Public Works Department, Macma and other Islamic agencies.

“Once the idea to build the mosque was firmed up, it was presented to the Selangor Ruler Sultan Sharafuddin Idris Shah, who was supportive of the idea.

“We received valuable counsel from Sultan Sharafuddin as he advised Macma to use teak for the construction of the building to lend a natural feel”.

“The mosque committee and the various agencies were advised to visit the Great Mosque of Xi’an for an in-depth look at the building so we can incorporate Chinese architectural features with Islamic teachings into our mosque, ” he added.

Sharin said the mosque would be known as the Masjid Jamek Cina Muslim Klang.

“As a result of the triangular shape of the land, the committee has identified the wider portion as the area where the mosque will be built and it will face Mecca, ” he said.

The mosque will be able to accommodate 1,000 worshippers at its prayer area and another 900 people on the outside.

“We will use teak from Thailand for the pillars and imported green coloured porcelain tiles for the roofing, ” he said, adding that locally manufactured tiles would be used for other parts of the building.

“We intend to have calligraphy carvings to adorn the inner space.

“There are also plans to have eight to 10 dormitories for visitors, including Muslims who want a place to stay when family members are admitted to hospital or due to other situations, ” said Sharin.

The mosque complex will also have living quarters for the imam, landscaped courtyards, water features, a cultural centre, soup kitchen and a commercial centre.

There are plans to offer language classes too.

“There are plans for a basement carpark that can fit about 180 cars, ” he said.

Sharin said local artisans would be commissioned to help out in beautifying the mosque.

The Selangor government will provide RM19mil for the project while Macma will source for contributions for the balance RM11mil.

“Up until now, Macma has collected RM1mil. We hope to get more funds, ” he said.

Those wanting to contribute to the Masjid Jamek Cina Muslim Klang building fund, can call 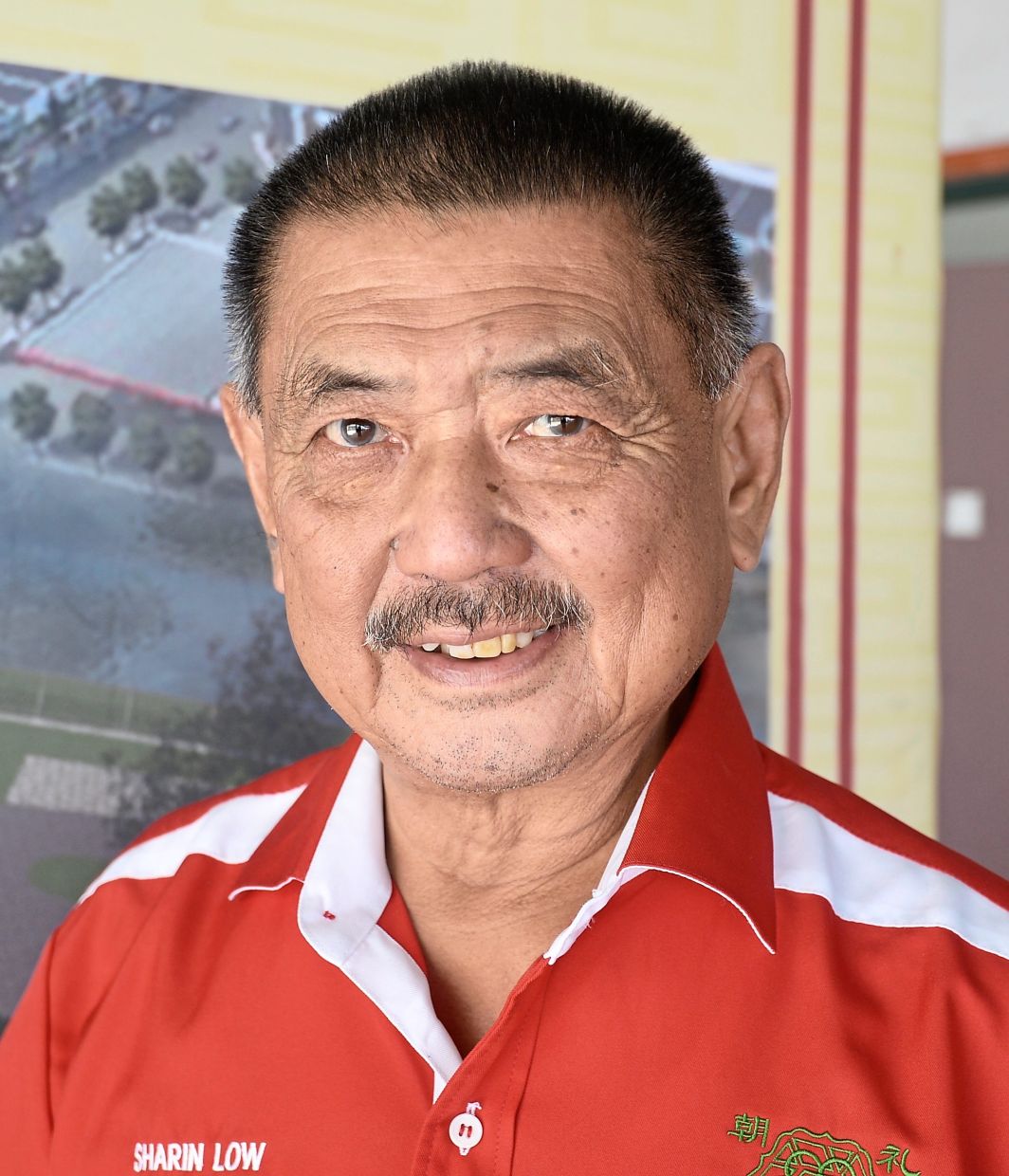 Earthworks being carried out to level the grounds off Jalan Remia 2 in Bandar Botanic, Klang, prior to the construction of Masjid Jamek Cina Muslim Klang.

Sharin said that the mosque to be build will be known as Masjid Jamek Cina Muslim Klang. (October 20/2020).- S.S.Kanesan/The Star

An artist impression of the mosque complex.