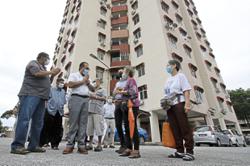 Chow (centre) handing over a mock key to residents of Ceria Residensi in Batu Ferringhi. With them are Jagdeep (fourth right) and Zairil (third right).

ALL state government agencies dealing in housing matters will be placed under the Penang Housing Board from Jan 1, said Chief Minister Chow Kon Yeow.

“This is to streamline the building of affordable housing for Penangites.

“On an average, it can take up to six years to complete such a project from the beginning up to the end. With the setting up of such a board, I hope that everything can be streamlined, ” he said.

Chow was speaking at the handover of keys and offer letters to owners and applicants of Ceria Residensi units in Batu Ferringhi on Saturday.

Jagdeep explained that the state housing department and Penang Development Corporation (PDC) would be included in the board which was formed under the Housing Enactment 2010.

“On Aug 13, we had our first meeting and decided on Jan 1 as the board’s starting date. There will be nine directors at the start but we can have up to 20.

“The chief minister will be the board chairman while the other directors are the state secretary, state financial officer, three Federal Government officials and representatives from the Penang Real Estate and Housing Developers Association and PDC, ” he said.

Jagdeep added that the 92 workers from the state housing department would be given the option to be among the 132 staff members needed for the board.

Among the letter of offer recipients was cook Ang Wei Kiat, 35, who said he was happy to be offered a RM72,500 flat unit.

“I’ve lived in the Batu Ferringhi area all my life and I’m glad that I get to continue living here. I hope to move into my new home with my Vietnamese wife and two children by the end of the year.”

Penang Water Supply Corporation retiree Jamil Othman, 65, said the renovation of his flat had just been completed and he would be moving in with his wife and teenage grandchild.

Chow said 280 units out of the 350 in the block were reserved for residents who were displaced due to the area’s development.

“The state will ensure that long-time residents of an area earmarked for development are properly compensated.

“I find the Ceria Residensi flats to be nicely built and owners will be happy to call the place their home as it is near amenities and the famous Batu Ferringhi beach-cum-tourist belt, ” he said in his opening speech. 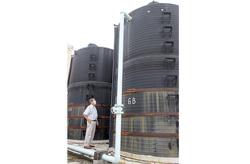 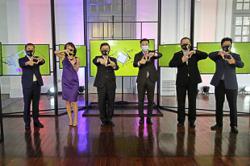