REHOMING residents is one of the challenges faced by Federal Territories Ministry as it aims to provide better and more comfortable living conditions for the B40 group.

Annuar announced that those who owned flats at Sri Labuan would be given replacement units at Razak Mas 2, a Residensi Wilayah project in Bandar Tun Razak, Kuala Lumpur, free of charge.

“These new units will be twice the size of the owners’ existing units, ” he said.

The Sri Labuan affordable housing project, which is just two minutes away from Razak Mas 2, was built in the 1980s.

Of the total number of units, only 295 are privately-owned.

Under the Wilayah Prihatin programme, the land where the Sri Labuan flats is sitting on is the first site to be earmarked by Federal Territories Ministry for redevelopment to provide better housing for city folk.

Stressing that this was a necessary move to create more conducive living conditions in affordable housing units, Annuar highlighted a salient point brought up by Housing and Local Government Minister Zuraida Kamarudin in June.

At the launch of a Soho and serviced apartment tower, she had said that the Covid-19 crisis had brought to light how those in the B40 group, especially ones with large families, had suffered living in cramped conditions throughout the movement control order period.

At a press conference held after a walkabout at the Sri Labuan Public Housing and during a question-and-answer session with residents, Annuar said Kuala Lumpur City Hall (DBKL) had bought apartment units from the developer of Razak Mas 2 so that they could be given as replacement homes to Sri Labuan unit owners.

DBKL had taken ownership of the Sri Labuan land and would take charge of the redevelopment project, revoking a previous agreement to cede the land to the developer.

“Those who are currently renting in Sri Labuan will be given priority to buy units at Razak Mas 2 at 30% off the listed price of RM198,000.

“For second-generation dwellers in Sri Labuan, DBKL will allow this group to buy the upcoming units (also at discounted prices) which will be constructed at the Sri Labuan site, upon completion.

“In this way, we aim to provide better and more comfortable living conditions to the B40 group in Kuala Lumpur, ” said Annuar.

Residents Affendi Harith and Sharifah Norhayati Syed Basri welcomed the Federal Territories Minister’s announcement, saying that moving to the new units would give families a better quality of life.

“After 35 years, wear and tear in the building is starting to show.

“Many of the facilities, like the lifts and plumbing have broken down. The sewerage system overflows when it rains. In units with only one room, it is not uncommon to see family members sleeping in the hall, ” they said.

Fighting for a home

Over at Kampung Chubadak Tambahan, where the land has been earmarked for development of a township, resident Mohamad Ashraf Hamzah and his steering committee are fighting for everyone to be given immediate ownership to units at Sentul Murni People’s Housing Project (PPR) in Jalan Pinggiran.

“It is our right because it was not us who wanted to move in the first place. We have not been given prior notice but they want us to move as soon as possible, ” said Mohamad Ashraf who has lived there since the 1960s.

None of the residents have legal ownership to the residential units. Once a reserve land, the status was changed when it was bought by a mining company which later sold it to a property developer.

According to a previous report, the National Housing Department had issued offer letters to the Sentul Murni PPR to 340 first-generation residents of Kampung Chubadak Tambahan during a presentation ceremony in 2018.

It was also announced then that another 160 houses would be offered to the second generation.

The condition then was that those who had been offered were required to pay a monthly instalment of RM255, including RM50 as maintenance fees for 25 years before they could get ownership of the houses under the rent-to-own concept.

The Sentul Murni PPR comprises 500 units. Each has a floor area of 700sq ft with three bedrooms and two bathrooms.

The government subsidy for each unit then was RM129,200 per unit. The cost, including land and infrastructure, was RM164,200. The selling price per house was RM35,000 per unit.

Mohamad Ashraf revealed that 190 families were still residing in the village.

“Of this number, only 113 are being considered for housing offers at Sentul Murni PPR.”

He said residents were not satisfied with the conditions. Adding to their chagrin was the discovery that some applications were approved and others rejected based on criteria that they claimed were questionable.

They are also unhappy that some residents are being excluded.

The villagers also claimed that those who had land or property in other states were given approval.

“We want them to give us immediate ownership so that we can move into the Sentul Murni PPR, ” said Mohamad Ashraf.

During a dialogue, Annuar said every effort would be made to simplify the housing application process.

However, he also stressed that not everybody would get what they wanted. 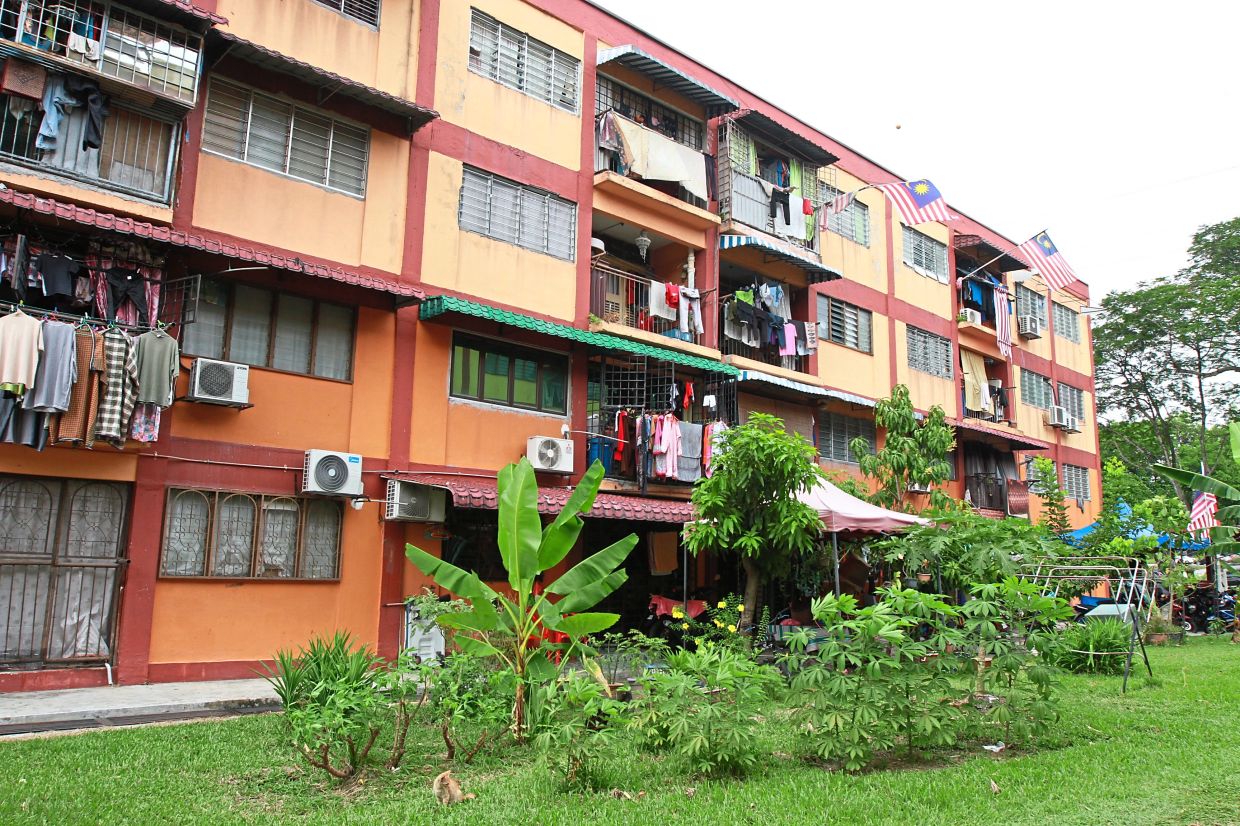 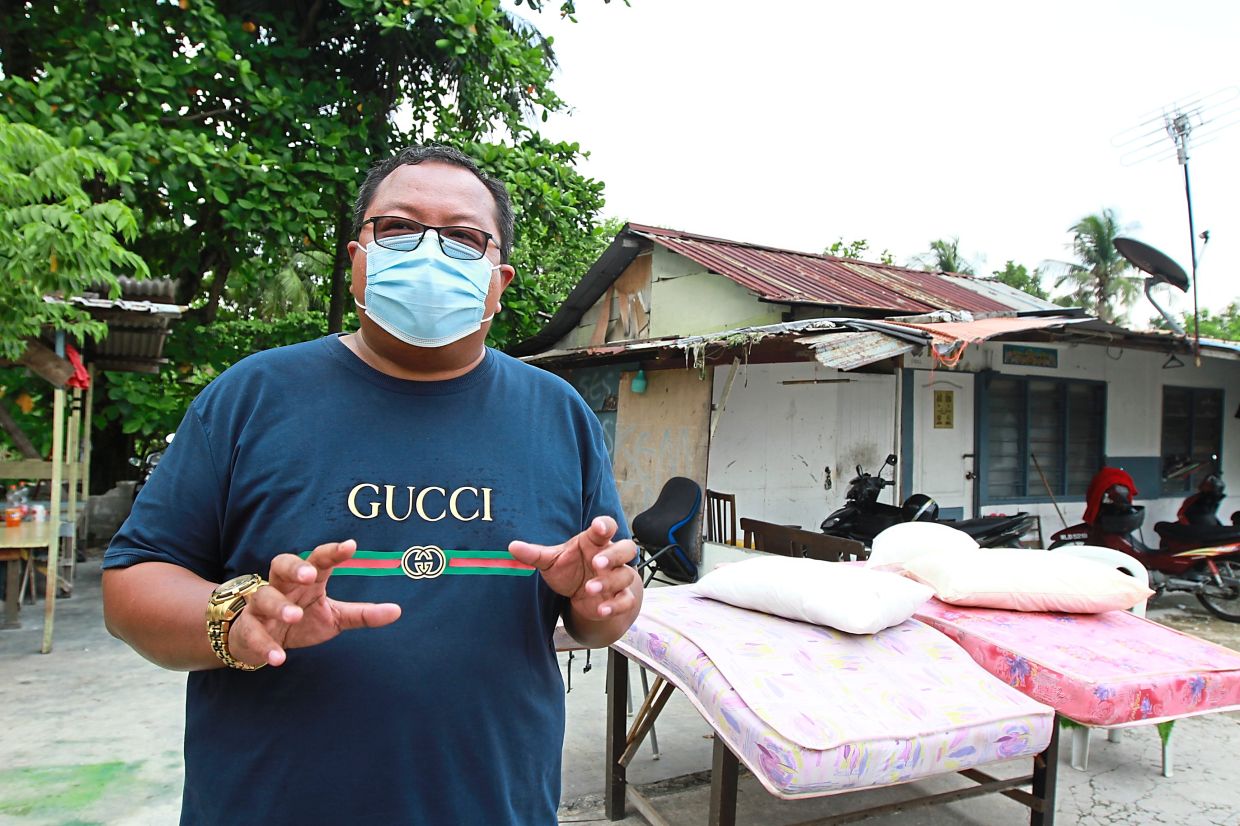 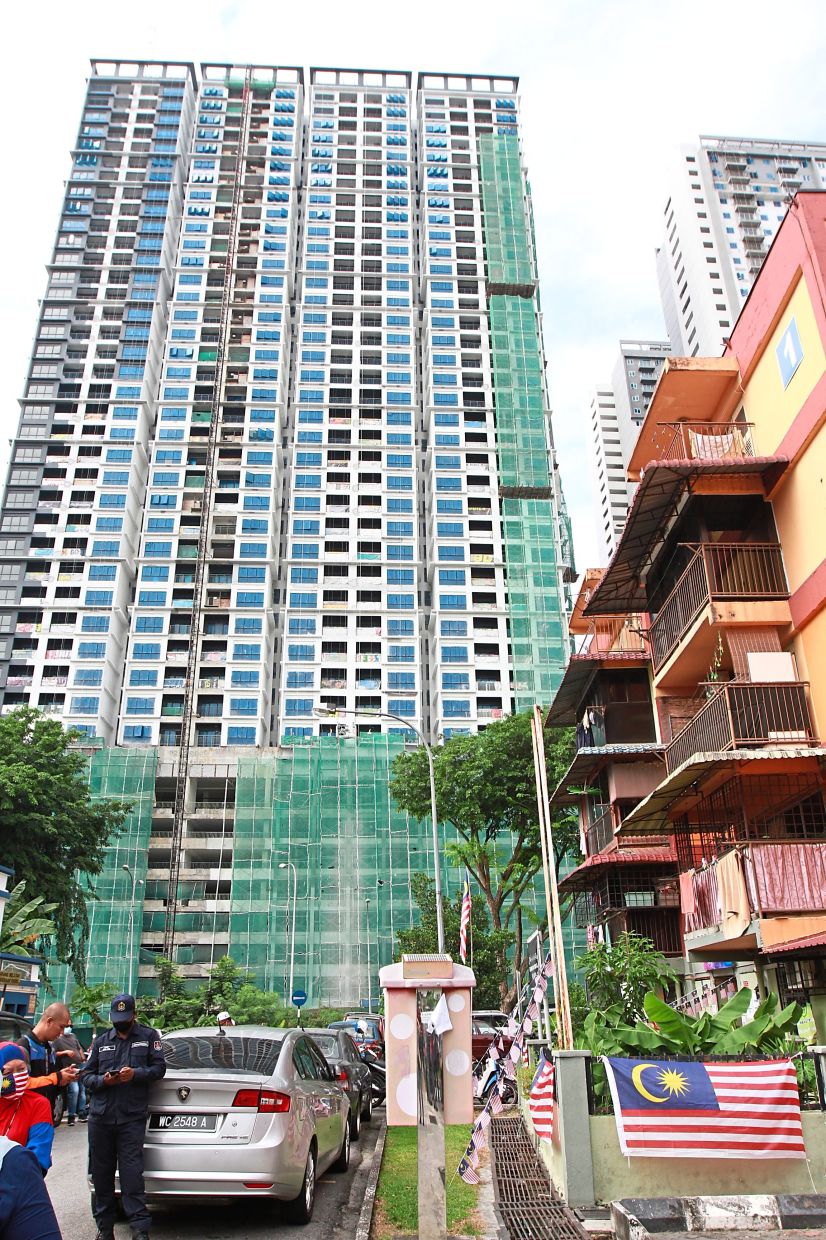 The Sri Labuan affordable housing project, built in the 1980s, has 640 units.

Mohamad Ashraf is fighting for Kampung Chubadak Tambahan residents to be given units at Sentul Murni PPR.

Owners of Perumahan Awam Sri Labuan (right) will be given replacement units in Razak Mas 2 (left), a Residensi Wilayah project in Bandar Tun Razak, Kuala Lumpur, as the site of the owners’ current apartments has been earmarked for redevelopment. — Photos: LOW LAY PHON/The Star 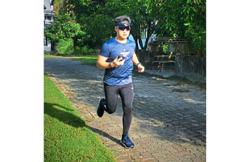 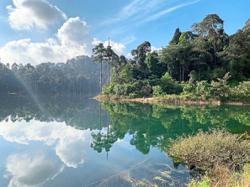