PANGGUNG Bandaraya in Kuala Lumpur reopens after three years, with a meaningful show dedicated to thank the frontliners in the nation’s battle against Covid-19.

About 100 representatives comprising frontliners from various agencies and industries were present, including those from the Health Ministry, police, army, The People’s Volunteer Corps, DBKL health and enforcement department, as well as food delivery companies.

The event culminated with a sing-a-long of Sudirman’s famous song Tanggal 31 Ogos by performers and guests, who also waved the Jalur Gemilang in conjunction with the Merdeka month celebrations.

Kuala Lumpur mayor Datuk Nor Hisham Dahlan hoped the event would be a catalyst for Panggung Bandaraya to return to its former glory days.

“DBKL has a series of events planned to be staged at Panggung Bandaraya until the end of the year,” he said.

Panggung Bandaraya was left vacant after the widely successful musical Mud — The Story of Kuala Lumpur ended its run on April 30, 2017. It later underwent a RM3mil renovation due to termite infestation; and an upgrade of the air conditioning units and public address system. 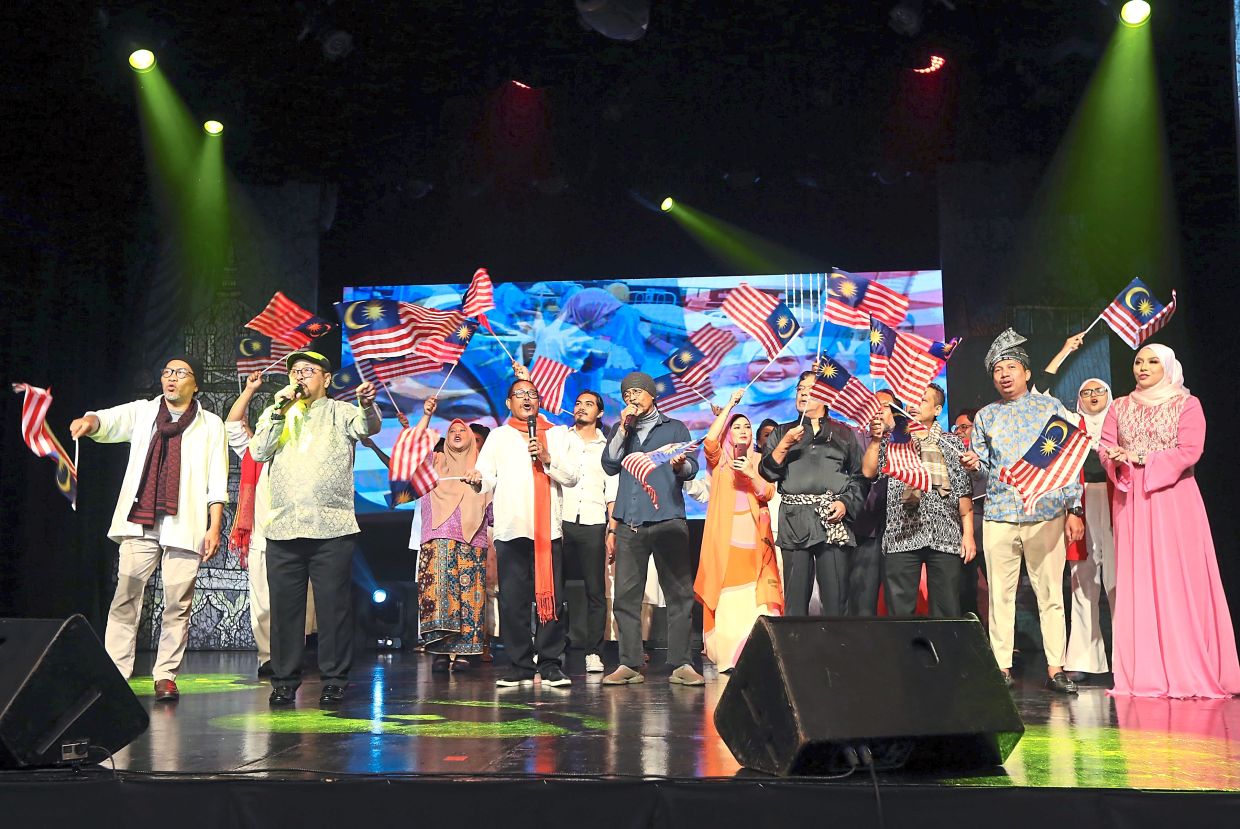 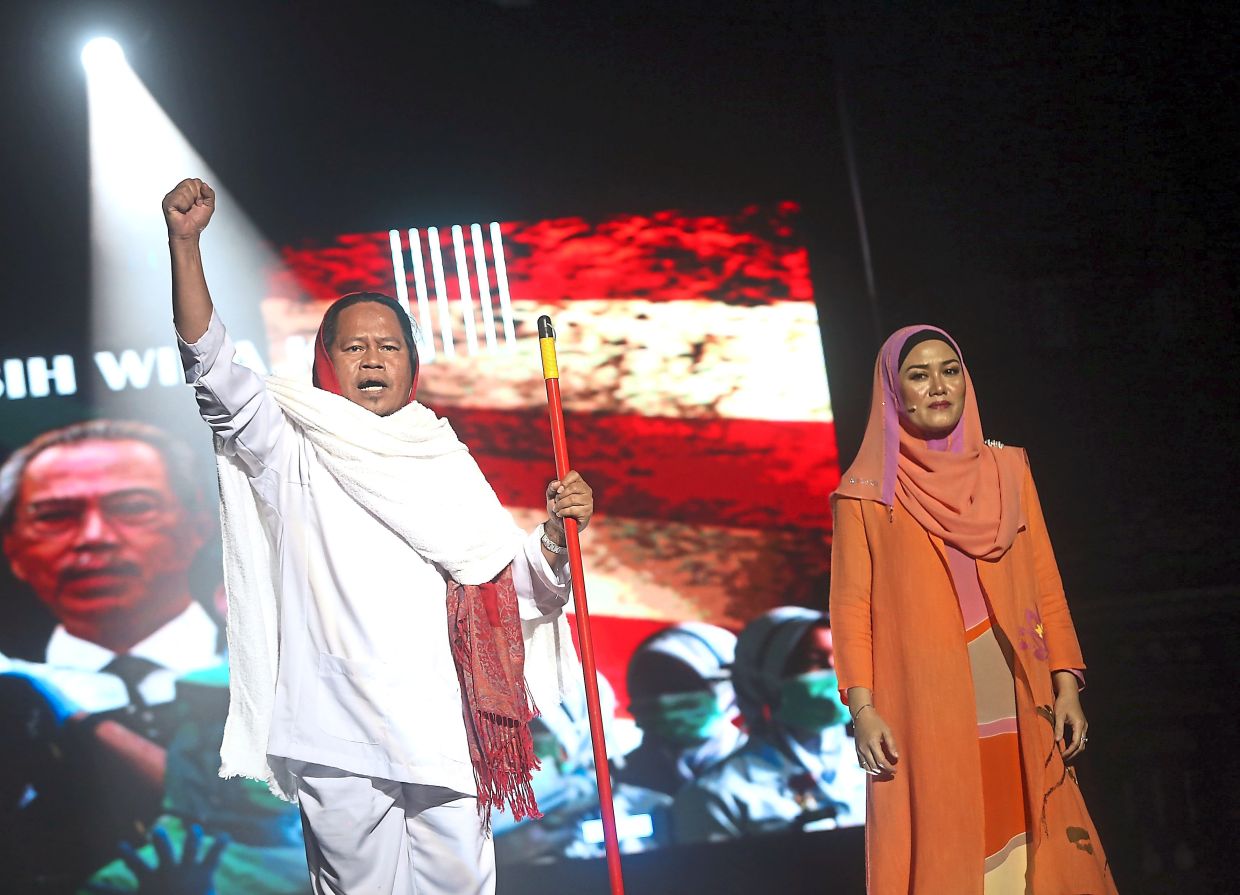 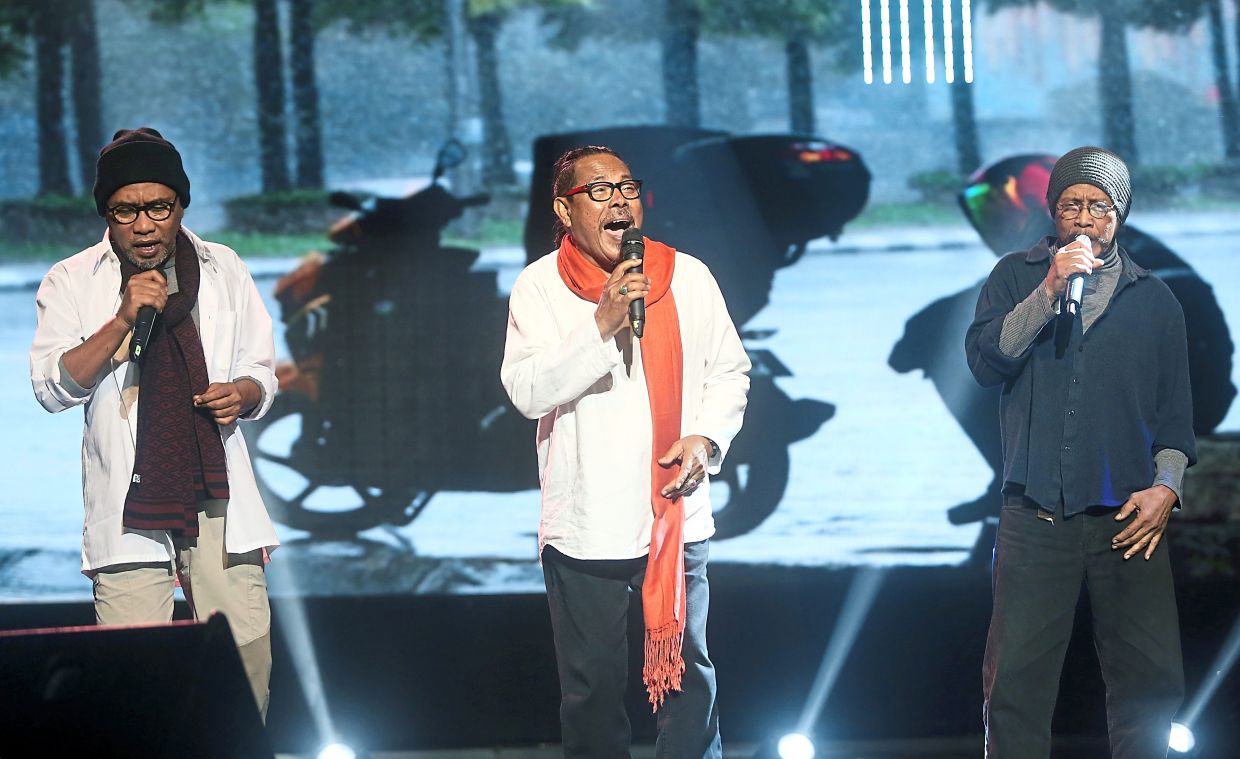 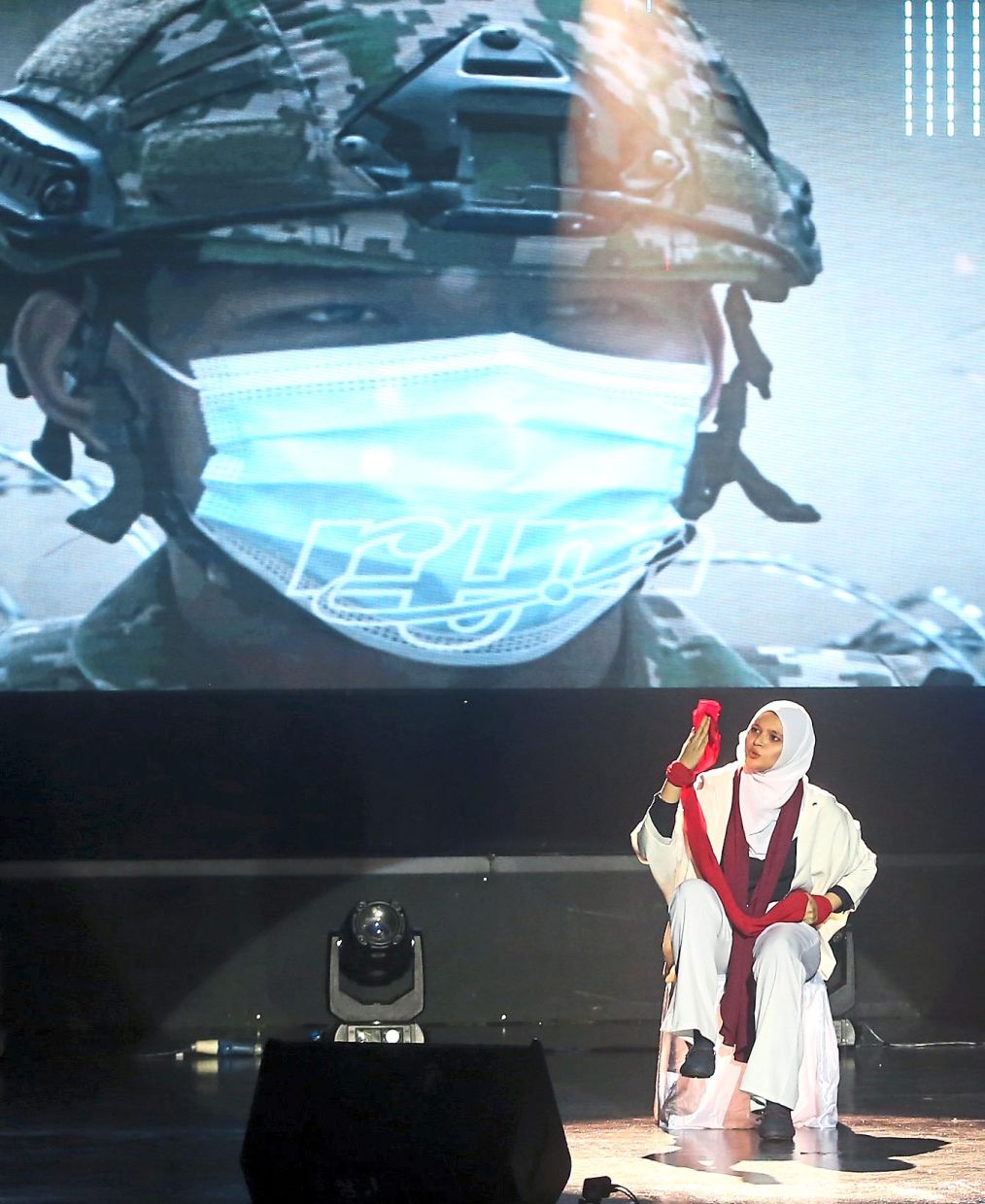 All the performers and audience singing Sudirman's Tanggal 31 Ogos while waving the Jalur Gemilang.