The situation of Sungai Air Terjun before flood mitigation work was implemented.

THE Penang government has refuted allegations by the Socialist Progressive Front (SPF) party that flood mitigation and conservation works at Sungai Air Terjun would increase the risk of soil erosion and destroy the environment.

“Firstly, this project is being done to reduce the risk of flooding at the downstream of Sungai Air Terjun and Sungai Pinang.

“The scope of work includes dredging the river bottom at a depth of 0.6 meters and widening the river to its original width, ” he said during a working visit to the river near Penang Botanic Gardens on Tuesday.

Zairil said work carried out was also to strengthen the river bank by using the riprap method.

Riprap method uses rocky materials which are placed along shorelines, bridge foundations, steep slopes, and other shoreline structures to protect from erosion.

He said the riprap method by coating rocks along a cliff has been identified as the best method taking into account the geological factors of the river banks.

“This method is somewhat of a green solution which is environmentally friendly and not as alleged by the Socialist Progressive Front party, ” he said.

Zairil explained that the project which was launched this year, is a continuation of a project that was implemented in 2019 to reduce the risk of flooding.

“We can see that after the work finished in September, the intensity of flood has decreased in the area, ” he said.

He added that the long-term plan was to make the area as a wetland for recreational purposes.

He said the state government wants to create a river trail for people to walk along the river.

Chua had also demanded that the project be stopped so that the natural habitat of the rivers could be protected. 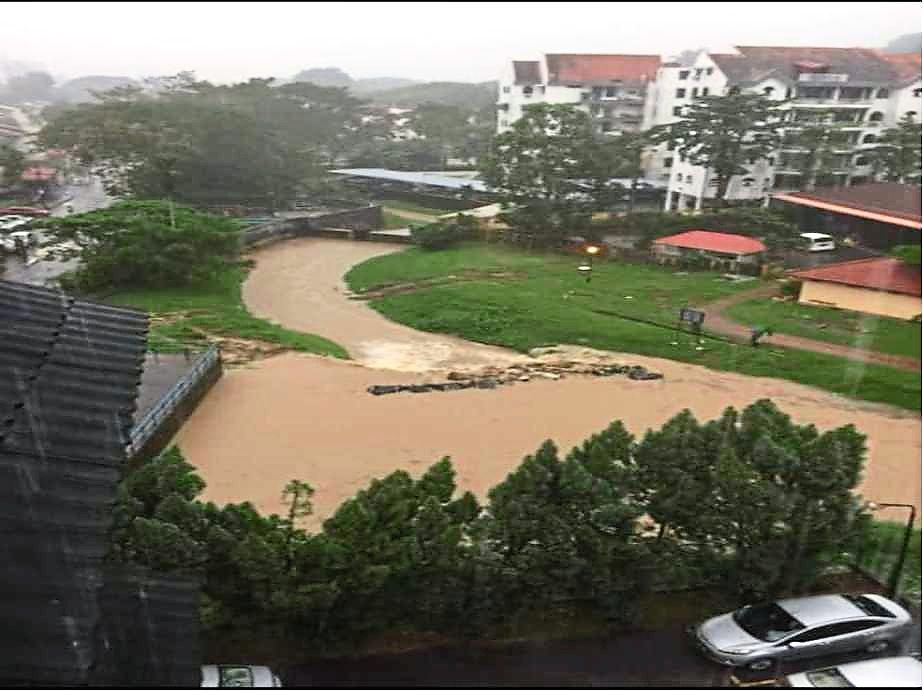 The situation of Sungai Air Terjun before flood mitigation work was implemented.

(From left) Nortilawati briefing Zairil, Ooi and Kaliyappan at the river bank of Sungai Air Terjun in George Town, Penang.