THE Kuala Lumpur City Hall (DBKL) auditorium in Menara DBKL 1, Jalan Raja Laut, will be closed from now until January 2022 to make way for a much- needed upgrade.

Officially opened in 1984, the auditorium was the venue for a variety of performing arts, cultural and school events, concerts, dance shows and private functions for over three decades.

“The building has been gradually ageing and is in dire need of a makeover, ’’ said DBKL Project Implementation and Building Maintenance Department director Norzaini Noordin.

“The air-conditioning system is old, the public-address (PA) system needs to be replaced, the carpets are old while the seats are wobbly and some have come off; all these need to be changed.

“Just like Panggung Bandaraya, we are only making necessary improvements to the auditorium’s aesthetics.

“The bulk of the repair work will involve the air-conditioning and the PA system, ’’ she said.

“The budget for this is small, so we need to work with it and only carry out the necessary changes.”

She added that a tender would be called out for the project.

The DBKL auditorium had been one of the most sought-after venues for bookings and there were a lot of calls from theatre groups and private companies to carry out shows and events there.

In Kuala Lumpur, apart from Istana Budaya, other event venues that are being utilised for cultural activities are Panggung Bandaraya, Malaysian Tourism Centre (MaTic) and Dewan Bahasa dan Pustaka.

But DBKL’s auditorium is more popular because of its affordable rates.

Currently, the rate for renting the DBKL auditorium per day is RM6,000 for private companies and RM3,000 for government agencies, NGOs and schools.

A security deposit of RM2,000 is required for booking the auditorium.

Maiden performance a tribute to frontliners 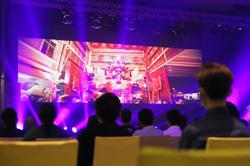 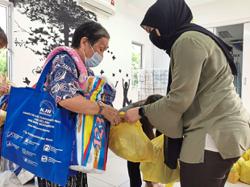