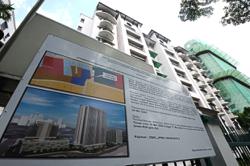 A sinkhole that appeared on July 20 at the junction of Jalan Sri Hartamas 1 in Taman Sri Hartamas, has been patched up but residents want DBKL to carry out a thorough investigation on why it happened. — AZLINA ABDULLAH/The Star

The approximately four-metre wide sinkhole that appeared on July 20, has been patched up and barriers put up around the site.

Although no one was injured in the incident, Yeoh said DBKL should carry out a thorough investigation as the size of the sinkhole was big.

“We want DBKL to investigate the cause of the sinkhole as similar incidents had happened around the area a few times.

“The sinkhole happened on the main road and it is unsafe for motorists, especially at night. Motorcyclists could end up in the sinkhole if it happened again.

“It is also very close to the junction, which would cause traffic congestion if it is not repaired quickly. They cannot just patch up the sinkhole like normal potholes, ” she said.

Yeoh said there should be more funds for road maintenance in the city.

“I have been saying since 2018 that we are not spending enough on road maintenance in Kuala Lumpur.

“Just in Segambut alone, there are many roads that really need resurfacing, yet they are not done.

“Since the roads in Kuala Lumpur are heavily used every day, it is very important for Federal Territories Ministry and DBKL to pay more attention to road conditions in the city and allocate more money in Budget 2021 for road repairs and resurfacing.”

She said DBKL must also allocate funds for flood mitigation as it had been raining frequently the past few weeks.

“Our main concern is that the cases of sinkhole on the roads here are not taken seriously by the authorities.

“The sinkhole was only patched up. They should address what caused it to happen, ” she said.

“It is very dangerous as there are cyclists and children around the area, so we are very worried, ” she said. 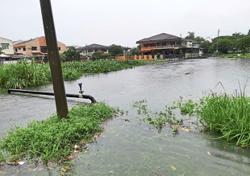 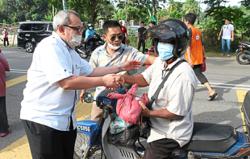