Animal activists have been calling for more people to play an active role in protecting wildlife and preserving their natural habitat.

The lack of human activity in light of the Covid-19 pandemic showed that nature can bounce back and even flourish when given the chance.

However, some animals are already on the brink of extinction because of selfish human acts and not enough has been being done in time to prevent them from shrinking in population size.

With more than 30,000 species close to vanishing today, StarMetro shines the spotlight on some of the endangered species on the International Union for Conservation of Nature (IUCN) red list, which includes wildlife found in Malaysia. Native to the Sumatra and Borneo islands, its name means “man of the forest” in Malay. Of the three species on the critically endangered list, World Wide Fund for Nature (WWF) reports that the Bornean orang utan is the largest in population size with 104,700 while there are less than 14,000 Sumatran and 800 Tapanuli orang utan left in the world.

The primate has an extremely low reproductive rate, with females giving birth to only one baby every three to five years. According to Orangutan Foundation International, other factors contributing to its decline in numbers include illegal logging, mining activity and clearing of forest for settlements. The orang utan also loses its natural habitat to forest fires that occur every year in Indonesia.

Have you ever wondered if one of your beautiful ornaments might have been made from a real animal? The hawksbill turtle became one of the species on the critical list because it has been hunted for its beautiful and distinctive shell. This turtle species is found in the tropical waters of the Atlantic, Pacific and Indian oceans and they are essential to maintaining the health of coral reefs. It also faces threats such as the loss of nesting and feeding habitats, excessive egg collection, pollution and coastal development. With fewer than 25,000 nesting females estimated for this species, National Geographic describes it as the smallest population of sea turtles. According to WWF, Sumatra has one of the highest rates of deforestation, where over two-thirds of its natural lowland forest has been razed in the past 25 years and nearly 70% of the Sumatran elephant’s habitat has been destroyed in one generation. Moreover, these elephants are also illegally hunted for their ivory tusks. Human-animal conflict can also arise as the elephants sometimes stray into settlements.

One of the country’s wildlife treasures, the Malayan tiger is proudly featured in our nation’s coat of arms. However, this big cat is dangerously close to extinction. The Water, Land and Natural Resources Ministry said in January that there were only about 200 left in the wild. This is a huge decline as there were around 3,000 in Peninsular Malaysia back in the 1950s. One of its biggest threats is illegal wildlife trade, where

parts of the tiger are used in traditional medicine in some parts of Asia. Other factors contributing to the drop in its number include habitat loss, fragmentation and prey scarcity, among which is sambar deer.

The Amur leopard is a rare subspecies of leopard that lives in temperate forests, particularly in Russia and China. WWF reports that there are only around 100 Amur leopards left in the world and the decline is mainly caused by poaching. The leopard’s luscious fur fetches a high price on the black market. In 1999, the leopard’s skin was sold for up to US$1,000 (RM4,263). In November last year, The Star reported that female Sumatran rhinoceros Iman had died and she was the last of her kind in Malaysia. Iman’s death from cancer at the Borneo Rhino Sanctuary in Sabah came just six months after Tam, the last male Sumatran rhinoceros, died from kidney and liver failure. Save The Rhino International estimates that there are fewer than 80 of these small two-horned rhinoceroses left in the world. They once could be found in Indonesia, Malaysia, Thailand, Myanmar and the foothills of the Himalayas in Bhutan, but now they only exist in Indonesia’s Sumatra and Borneo islands. The main reason for its population decline is poaching, as its horns are said to have medicinal effects. This species is also experiencing habitat loss as well as limited possibilities to find mates for breeding. The great Indian bustard, the heaviest flying bird on the planet that weighs on average between 15kg and 18kg, can be found scattered in more than seven states in India. Over the years, however, there has been a sharp decline in numbers brought about by illegal hunting and human-driven habitat loss. India’s English daily The Economic Times revealed in January that the Great Indian Bustard is now found only in Rajasthan and Gujarat. There are just 50 to 250 adult birds left in the country. 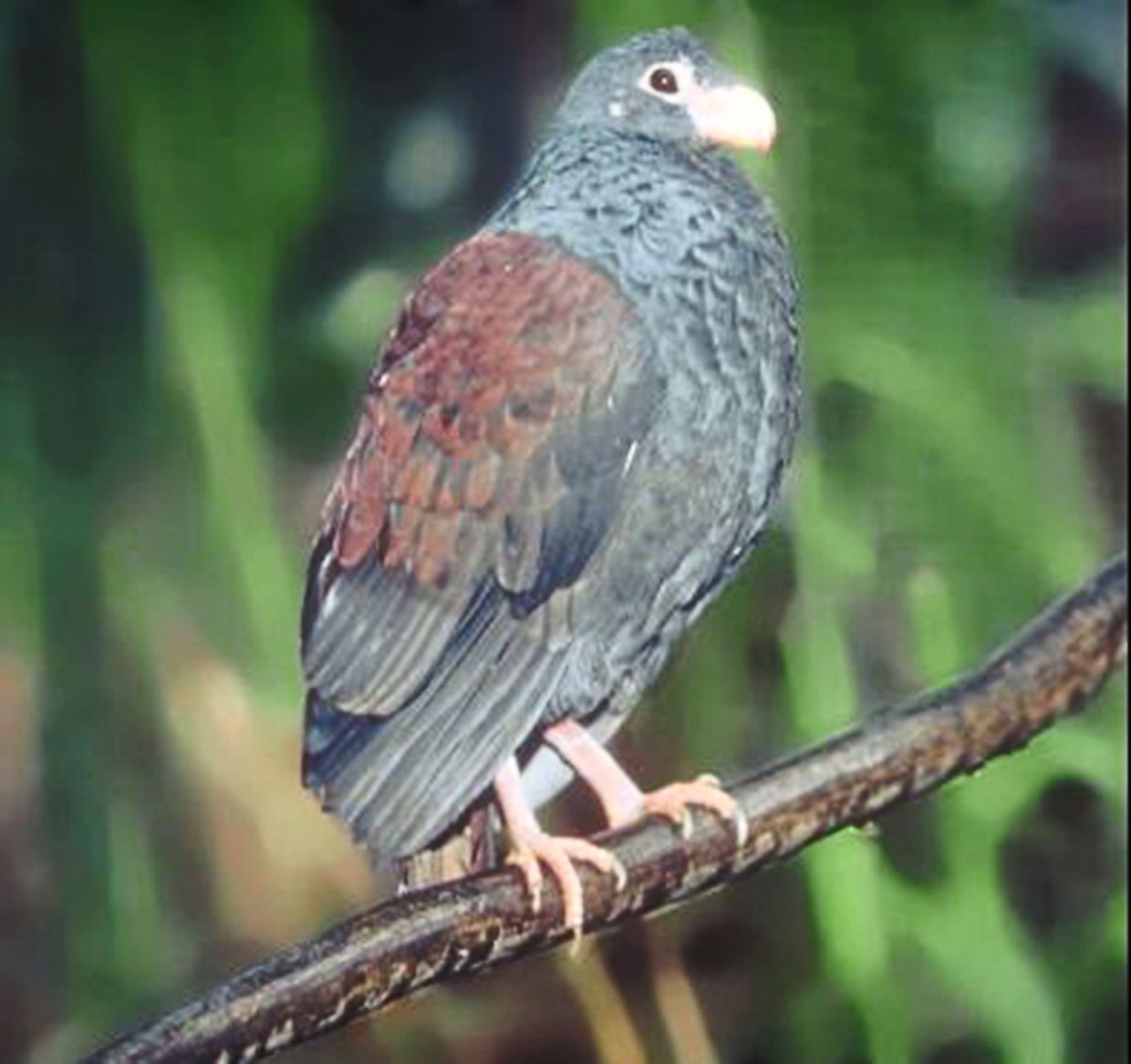 Also known as the little dodo of Samoa or manumea, the tooth-billed pigeon is on the edge of extinction. National Geographic cites continuous habitat loss caused by destroyed or degraded forests from agricultural establishment, cyclones, invasive species and predation as the main reasons behind the national bird of Samoa’s severe drop in population. Currently, there are fewer than 250 surviving members of this species in the world.

The vaquita or “the little cow of the sea” is one of the rarest marine mammals in the world. Found in the northern end of the Gulf of California, its population there stands at 10 based on WWF estimates.

It was reported that the vaquita population fell drastically over the past few decades. There were about 600 vaquitas around 1995 but in just two decades, their number had decreased by 95%, leaving less than 30 surviving members roaming the waters. Many were killed in commercial or illegal fishing activities and few knew or cared about this animal. As such, many of them died as they were accidentally trapped in fishing nets not meant for them.

Rarely seen, the saola or Asian unicorn was first discovered in May 1992 by Vietnam’s forestry ministry and WWF when they found a skull with long straight horns in the house of a hunter. The next photo of the saola was taken in 2013. 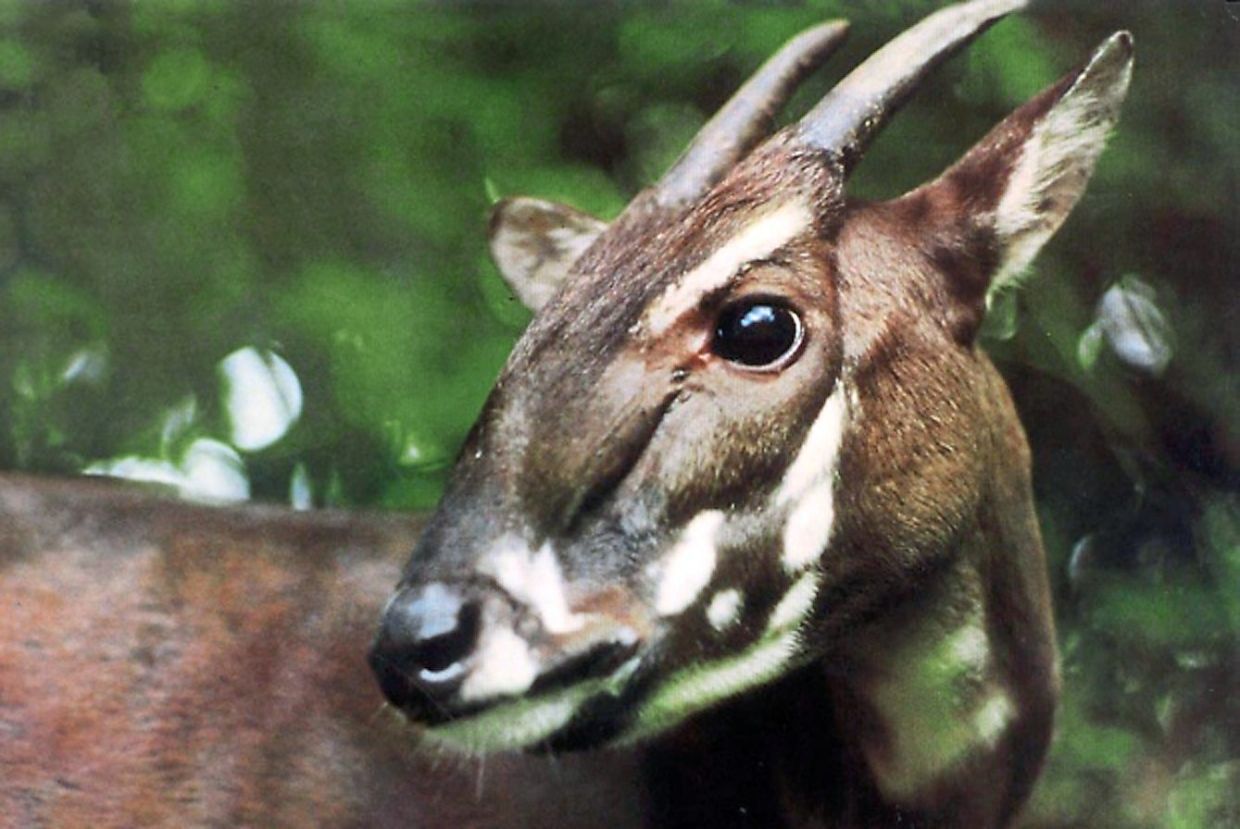 The species can only be found in the Annamite mountains of Vietnam and Laos. Its two horns resemble that of the antelope’s. Although not many surveys have been carried out on the saola population, the IUCN estimates that there are fewer than 750 in the world and their main threats to survival are deforestation and illegal hunting.