Little acts of kindness bring relief to the poor during MCO 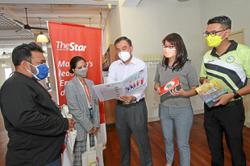 SHE was perhaps 10 years old and wore what must have been her best dress.

She and her father sat on the floor outside a bank in Pulau Tikus, Penang, selling stuff on March 29, the 12th day of the movement control order (MCO).

They were selling stationery, cheap watches, perfumes and trinkets. I sat down and chatted with them.

Policemen had gone to see them already, father said; they let the pair sit there till 5pm.

Father said their home was totally out of food. They had no choice but to come out.

I got the father’s phone number.

I gave them RM50 and pleaded with them to go home. I guaranteed them that someone would call them in a day or two and send supplies.

I stressed how dangerous it was to be outside. Penang had many new cases daily, then. I made sure they packed their wares and left.

To my surprise, my colleagues were doing the same thing elsewhere.

As journalists, we met many people suffering from a sudden loss of income, suddenly having trouble finding food.

And as we reported what we saw, we could not just keep quiet.

Journalists N. Trisha and Liew Jia Xian spent about RM90 every week in the strictest phases of the MCO to buy basic supplies for three poor families that they earlier interviewed.

Photographer Lim Beng Tatt proposed to pass the hat around and all of us at the office chipped in. 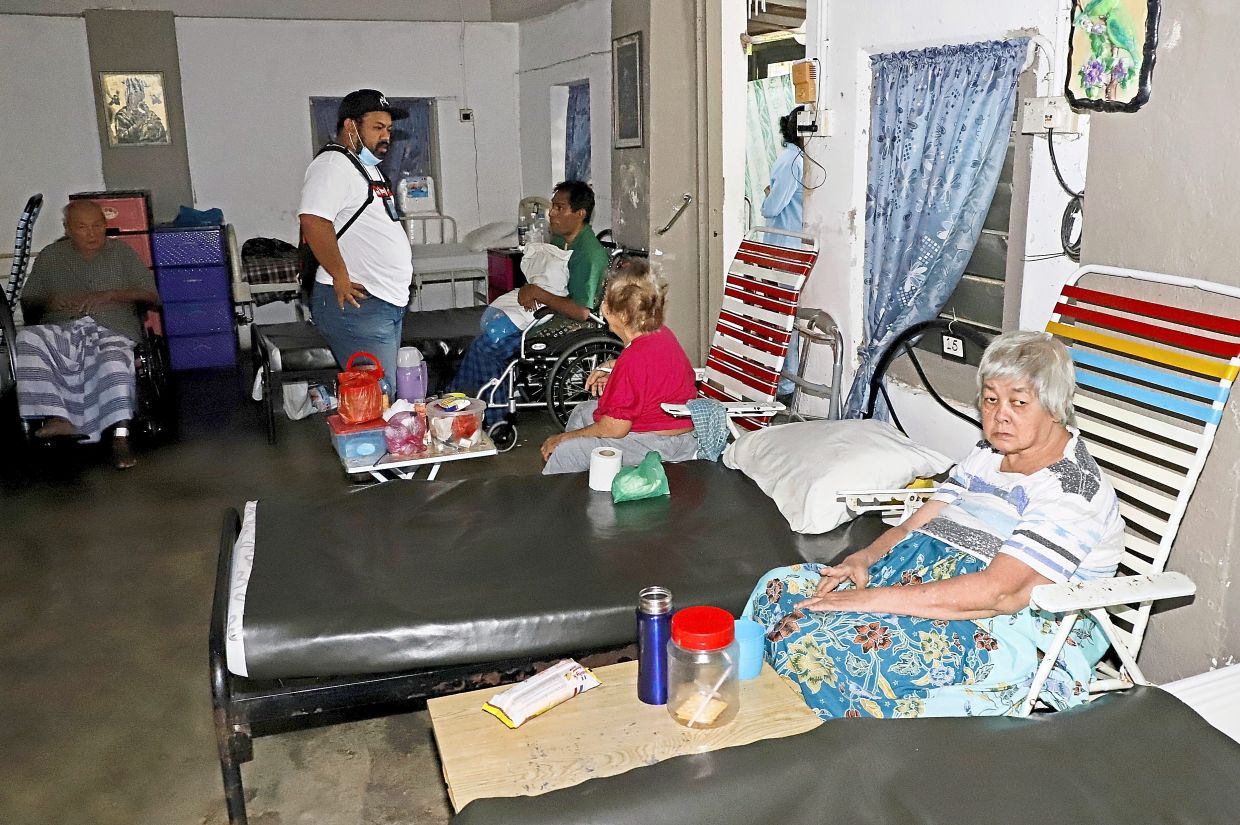 Imran (standing) chatting with residents of the home.

Since they knew that many other Good Samaritans had been giving out basic supplies, they strove to provide variety and better nutrition.

They bought bananas, pumpkins, potatoes, garlic and onions, and even toothpaste and soap on top of standard rations like rice and biscuits.

They helped about 20 families and an old folks’ home.

Journalist Rena Lim remembered interviewing a poor family in Rifle Range flats once and went to check on them, with supplies in hand.

When photographer Zhafaran Nasib went to photograph a poor family with eight children, he brought money, chocolates and candy for them.

When I drove around in Penang at the peak of the MCO, I could not shake off a sense of dystopia.

I even turned off the radio because the pleasant songs clashed rudely with that hopeless, helpless feeling I got from the almost empty streets as over 90% of the population stayed home. 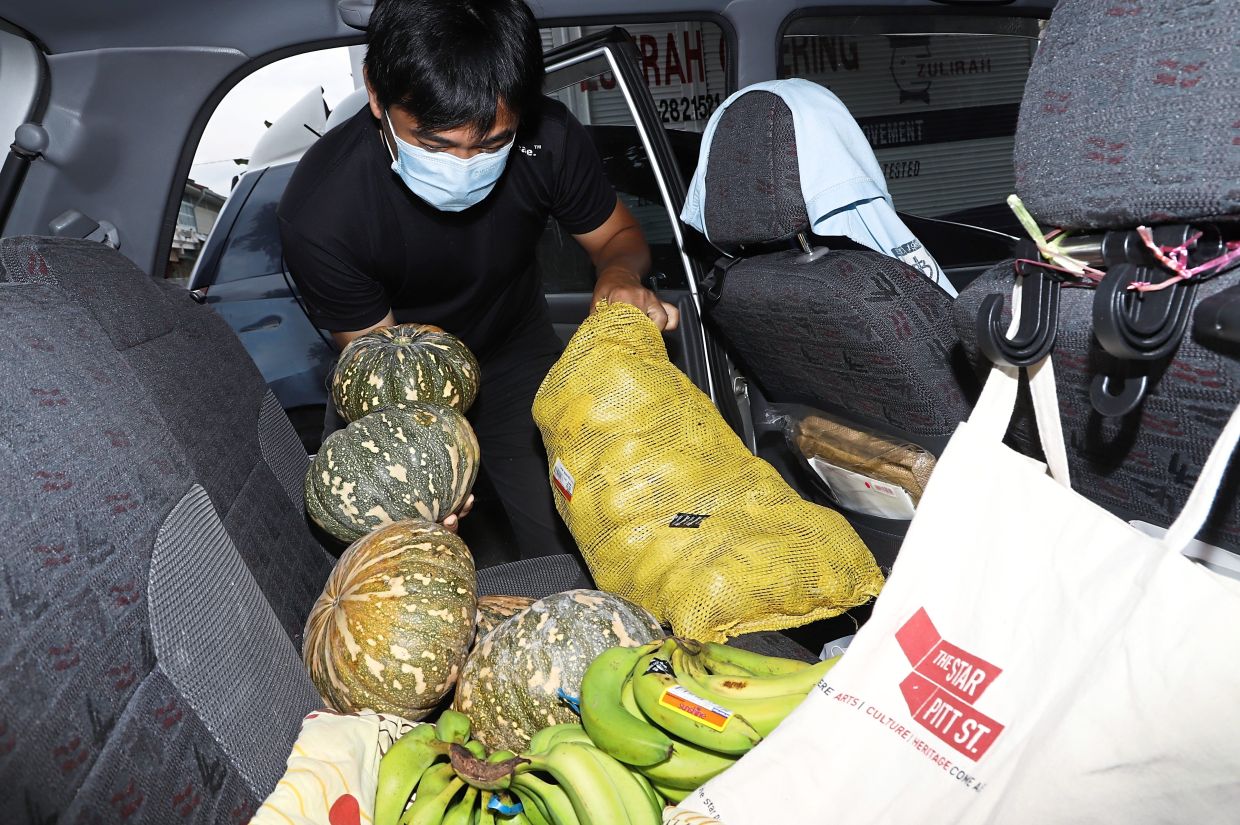 Chan loading his car with supplies to send to the poor.

But the truth was that things were not hopeless and helpless.

In poorer regions like parts of Africa, India and Indonesia, their governments have great trouble achieving a lockdown because people were just too hungry.

The impoverished masses either went marching home from the cities, or looted supermarkets.

Malaysia has its share of the poor, and I realised that we achieved a successful lockdown partly because of kind souls like my colleagues (Thanks, guys and girls) who would not leave poor people to a cruel fate.

Farmers, too, gave away hundreds of thousands of eggs, chickens, fish and tonnes of vegetables every day.

There were even delicacies like salted duck eggs and quail eggs.

Social Welfare Department acted fast in distributing the donations. When there were not enough vehicles to send out supplies, voluntary fire squads drove out their fire engines to help do deliveries.

Movie makers portraying a post-apocalyptic world like to paint a grey, desolate picture, in which people will kill each other for food.

For Malaysia, at least, that is not the reality. I put my faith in the benevolence of Malaysians to help each other in times of need. 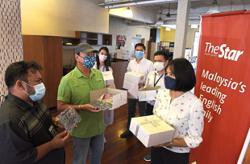 Bridging expectation and reality as a millennial adult
Still getting a raw deal
‘Sarawak First’ and other lessons from state polls
Rehabilitating river and mindsets in downtown JB
Cherish and love each other
Flood of criticism over delayed response
Community gardens and that vital green light
When the right to efficient rubbish collection is denied
Failing to learn valuable lesson on environment
Better drainage, maintenance culture needed