‘Lending a listening ear can do a world of good’ 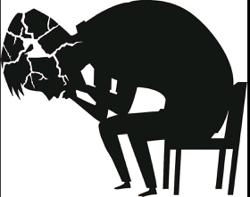 HOW do you help and support a suicidal person? It can be as simple as just hearing them out.

Befrienders Kuala Lumpur executive director Kenny Lim said one did not necessarily need to be a professional to assist a suicidal person.

“If the suicidal person wants to talk, you should find a suitable place for the conversation to take place.

“Sometimes people just want to talk and want someone to listen.

“The listener doesn’t necessarily need to give advice or a solution,” he said during a forum on the importance of intra- and inter-personal communication to those suffering from mental health.

“You can also encourage self-care for that person and spend more time doing things together,” he added.

Lim was speaking on the topic of suicide prevention during the forum that was held at Universiti Tunku Abdul Rahman’s (UTAR) Kampar campus before the movement control order was introduced.

The forum was part of the Voice Out Lah! Public Relations Campaign 2020, organised by a group of 60 second-year Bachelor of Communication (Hons) Public Relations students from the Arts and Social Science Faculty as their project for the Event Planning and Management subject.

The aim of the campaign was to raise awareness of mental health issues among UTAR students.

Lim said common signs of a suicidal person included the feeling of being isolated, sad, hopeless or helpless; extreme changes in mood, sleeping or eating pattern, or substance abuse of drugs or alcohol.

“Sometimes you can observe the warning signs and you may ask them if they are all right or if they need help.

“You can even accompany them, if they are fine with it, to seek help.

“It is important, however, to avoid being judgemental, interrupting them, brushing them off, arguing with them or giving false assurance,” he added.

“Having someone to talk to is important for a healthy relationship.

“We need to be patient and be there for that person.

“We also need to be kind to ourselves, practise self-care and be careful when interpreting what others say,” he advised.

In his keynote session, Lui said depression was a condition that could not be easily detected.

He said people who were depressed had mood disorders.

“Very often we are the biggest critics of ourselves. The things we say to ourselves sit in our mental schema.

“Change those negative vibes and be mindful of the things we say to ourselves.

“It is also good to interact with others,” he added.

Lui said the stigmatisation of mental health illness was reducing.

“More people are now willing to share their experiences, which encourages others to also open up about their problems and feelings.

“A healthy relationship is when someone can freely talk about their emotions and thoughts. Being able to talk about one’s weaknesses is actually a strength,” he added.

Lui, however, said people in general were still not willing to talk about mental illnesses.

“When someone wants to seek professional help for their mental illness, they would opt to use their annual leave instead of medical leave because they are afraid that their colleagues would know about their condition.

“Some older people also think differently about seeking professional help, thinking that seeing a psychiatrist means that they are crazy, which is not true,” he emphasised.

The campaign saw the participation of about 1,000 people.

Exhibitions that addressed various mental health issues such as anxiety, bipolar disorder and depression were held throughout the campaign duration. There were also mental tests and games.

Other activities included a talk by Befrienders Ipoh honorary secretary Michelle Lou as well as a “chill corner” and confession board which allowed participants to express their feelings and thoughts in written form.