Ridhwan handing out food kits to the needy at an event in Bukit Katil, Melaka on June 6, 2020.

MELAKA: The eldest son of Melaka's Yang di-Pertua Negeri Tun Dr Mohd Ali Rustam says he has and will build on his own reputation without relying on his father's position.

"My father is the Yang di-Pertua and it's not me helming the position.

"I am still the same Mohd Ridhwan going around doing my chores as a normal Melakan," he said.

He said he had own style of doing things and been involved in social and charity events since he was young.

"I don't want my father's appointment to eclipse my previous service to the grassroots," he said after handing over food kits to the needy at Bukit Katil here on Saturday (June 6).

Ridhwan, who is also the president of the Melaka Youth Council (MGBM), said he did want the "red carpet" rolled out for him during events he attends and would pursue his goals on his own initiative.

He added that he was not tied down by the protocol and will continue to do his normal charity and social works.

"Like today, Melaka MIC chairman Datuk MS Mahadevan invited me to the event and I obliged," he said.

Ridhwan said no one needed to distance themselves or shy away from him just because his father is now the state governor.

"My father taught me to entertain every single person since I was young," he said.

Ridhwan said he had been receiving invitations to attend events as MGBM president and not as the Yang di-Pertua's son.

"I want to be known as a socialist and more than that, I want to carve a niche with my own capabilities," he said.

However, Ridhwan said he would emulate his father's style and attending all invitations, including weddings and visiting the sick. 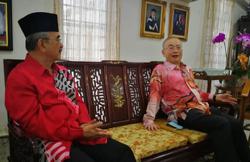 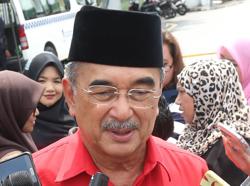