PETALING Jaya’s Pasar Besar Jalan Othman traders say they have 1,000 job vacancies for Malaysians to take up at the market with an average salary of around RM2,000 a month.

Hired workers will be provided benefits such as Social Security Organisation (Socso) and Employees Provident Fund (EPF), they said.

The market also known as the PJ Old Town market will open today and those interested are welcome to attend walk-in interviews at the market.

Jalan Othman market association vice-president Raja Ratnam said in the past the market relied on foreign workers but most of them were recently detained by the Immigration Department.

“We want to hire locals and we are willing to pay them more than the minimum wage.

“The daily wage would be between RM70 and RM80. In the past, we could not get locals to work because of the early hours and hard work involved.

“However, many locals are now unemployed and they could take this opportunity to get a job at one of the 500 stalls in the market,” he said. 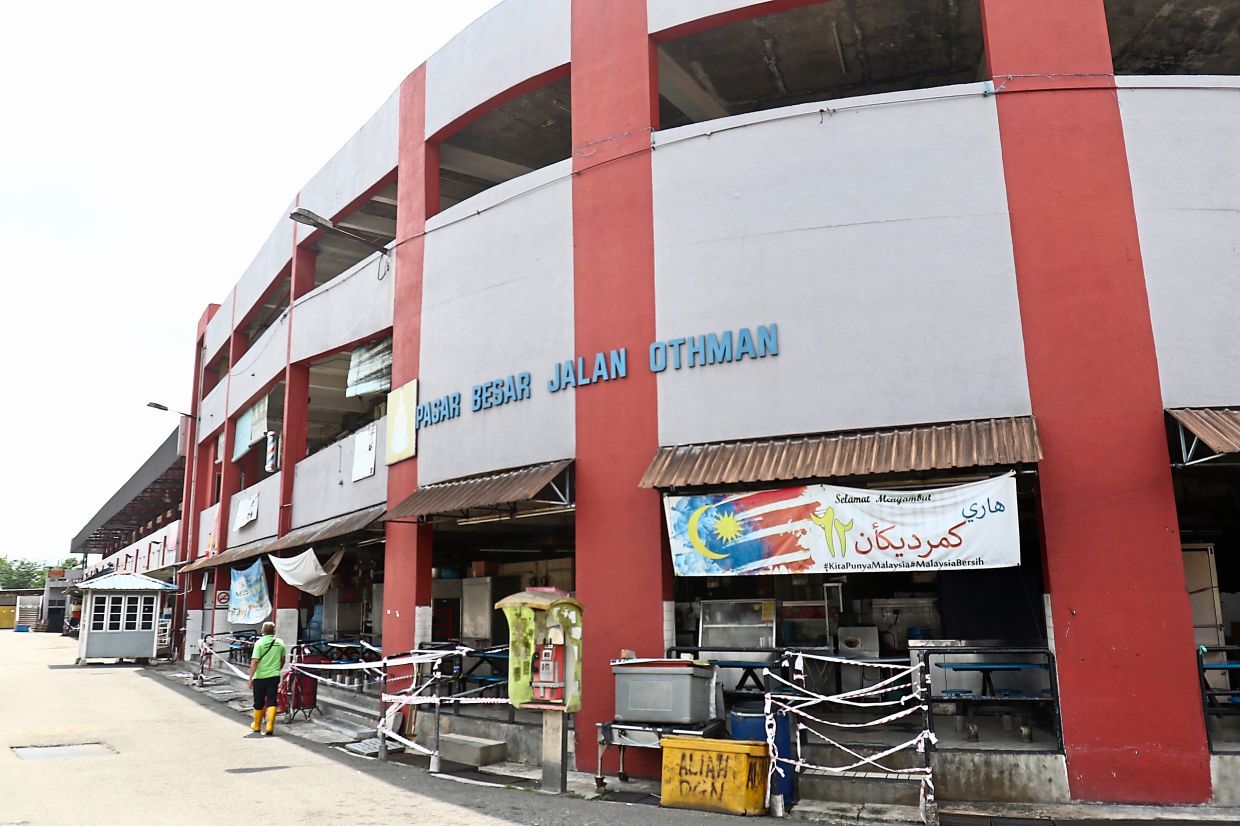 Pasar Besar Jalan Othman traders are willing to offer reasonable wages to Malaysians who take up jobs at the market. — Filepic

Calling to jobless locals to take up the jobs, he added that the traders were willing to hire them offering reasonable wages.

a month and this is more than the minimum wage in the country which is RM1,200.

“However, the job would require employees to come to work in the wee hours of the morning.

“No age limit is set for the job offer here,” he said.

Market trader Sathiya Seelan said some of the vegetable and meat stalls would open at 4am and the workers may need to come to work at 3am and that work would be over by noon.

“We also welcome those with disabilities. We are willing to pay them well but we need committed workers,” he said.

The enhanced movement control order (MCO) in the area was lifted several days ago.

It was implemented from the market to the surrounding neighbourhoods on May 10, after 26 positive Covid-19 cases were detected in the area.