By IMRAN HILMY and ARNOLD LOH

A homeless man (in shorts) gesturing to show his gratitude after being placed at the temporary halfway house with meals provided. From left are Khoo, Chow and Phee.

WHEN homeless people in the temporary shelter in Penang heard that the movement control order would be extended to April 28, they were actually relieved.

“It means that we will be able to continue living here, ” said one of the occupants Aaron Chin, 62.

Chin, who is from Padang Besar, Perlis, found himself stranded and homeless when the MCO came into force.

“I slept at Komtar. Almost every day, police would chase me away.

“A policeman warned that if he saw me one more time, he would put me in the lock-up. That was when I decided to seek the refuge of this temporary shelter, ” he said when The Star dropped by the shelter in Caring Society Complex along Jalan Utama. 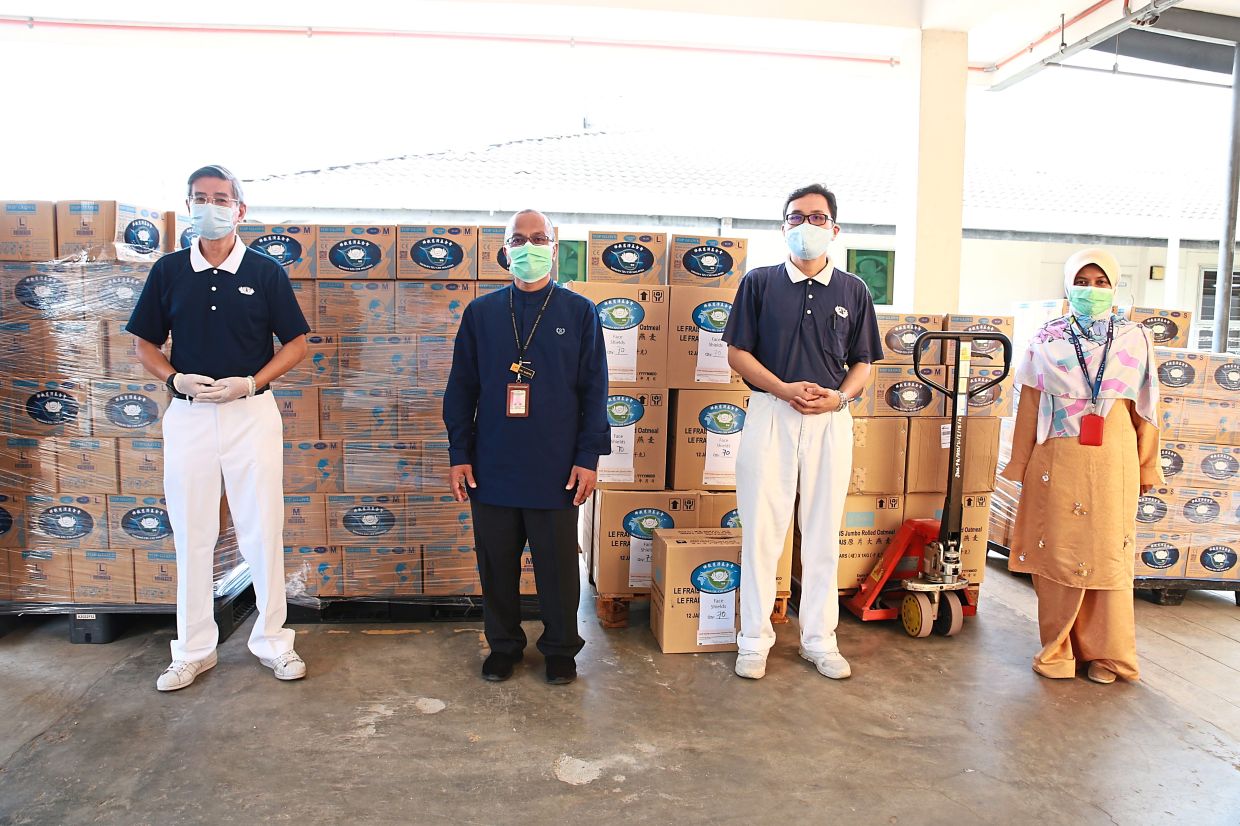 Chin said the shelter had brought for the occupants a sense of homeliness.

“They are now afraid that when the MCO is lifted, they will be back in the streets. They don’t like the street life now, ” said Chin, adding that he would find a way to return to Padang Besar after the lifting of the MCO.

State welfare and caring society committee chairman Phee Boon Poh said in the past, vagrants resisted being rescued and preferred the freedom of living in the streets.

“When welfare officers advised them to be placed in a home, they would refuse saying they didn’t want to be restricted.

“But even they know of the dangers of Covid-19, so many of them willingly entered this temporary shelter.”

Phee said at the start, the state rounded up more than 70 people from the streets, and it turned out that most were not really homeless. 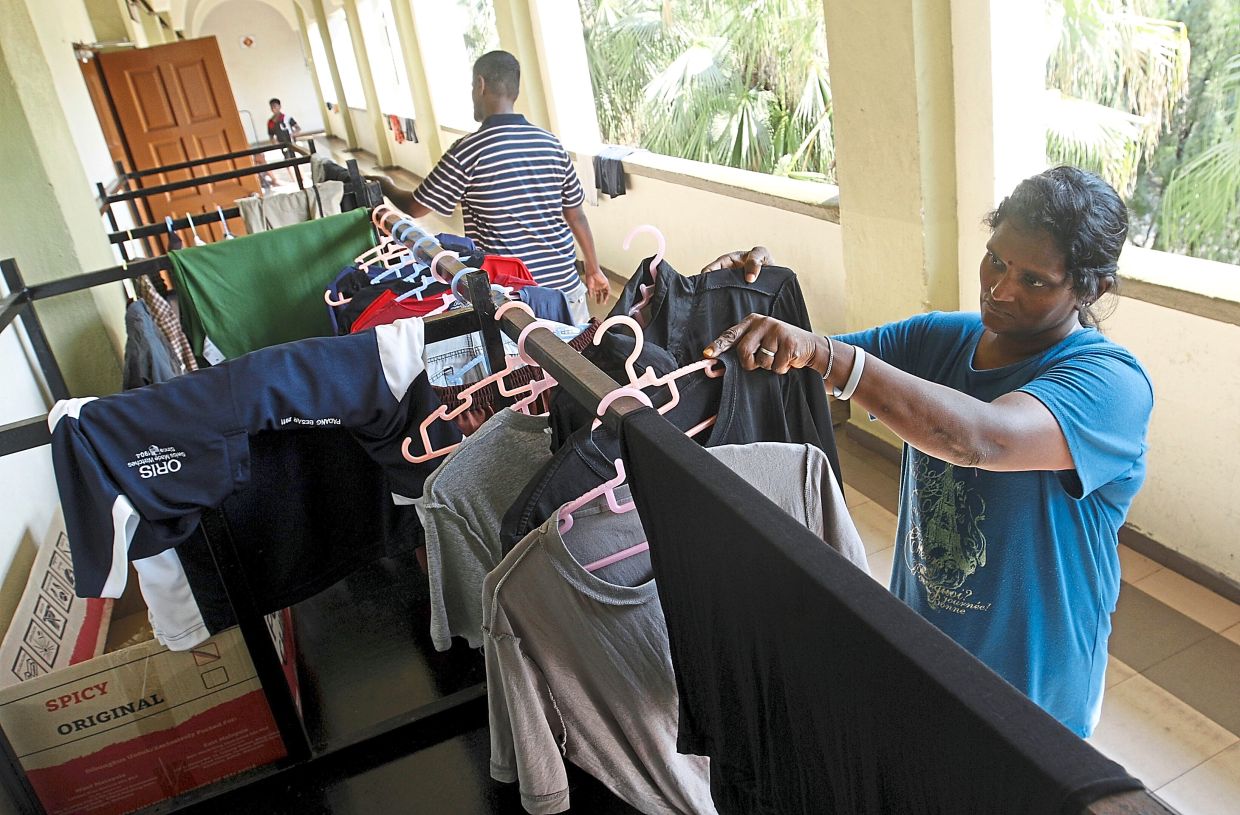 Occupants doing their own laundry at the halfway house.

Many of them had families and when contacted, he said their families or relatives went to Caring Society Complex and took them home.

As of last Sunday, there were 29 men, seven women, a boy and a girl staying at the shelter.

Phee said the state was building a permanent halfway home for the homeless in Jalan Magazine.

“We now have the full details of all the truly homeless people that we rescued because of the MCO and when the home is ready, we will look for them, ” he said.

For now, life for occupants in the temporary shelter is blissful compared with life in the streets.

It is managed by Penang Buddhist Tzu Chi Merit Society Malaysia and the Civil Defence Force. Each occupant is given a pail filled with eating utensils, bathing and grooming necessities.

A 52-inch television set would be set up for them to enjoy movies and on top of five meals a day, baskets of fruits are served at 3pm every day.

“We give them blueberries, plums, grapes and bananas. Our philosophy is that when we give, we must give the best we can afford, ” said Buddhist Tzu Chi Merit Society state commissioner Khoo Boo Leong.

The society teamed up with the state to set up this shelter late last month using the society’s standard operating procedure for helping disaster victims.

Khoo said since their rescue from the streets, he had noticed a positive behavioural change among the occupants.

“They all bathe every morning before breakfast. They sweep and mop the hall frequently and keep everything clean. 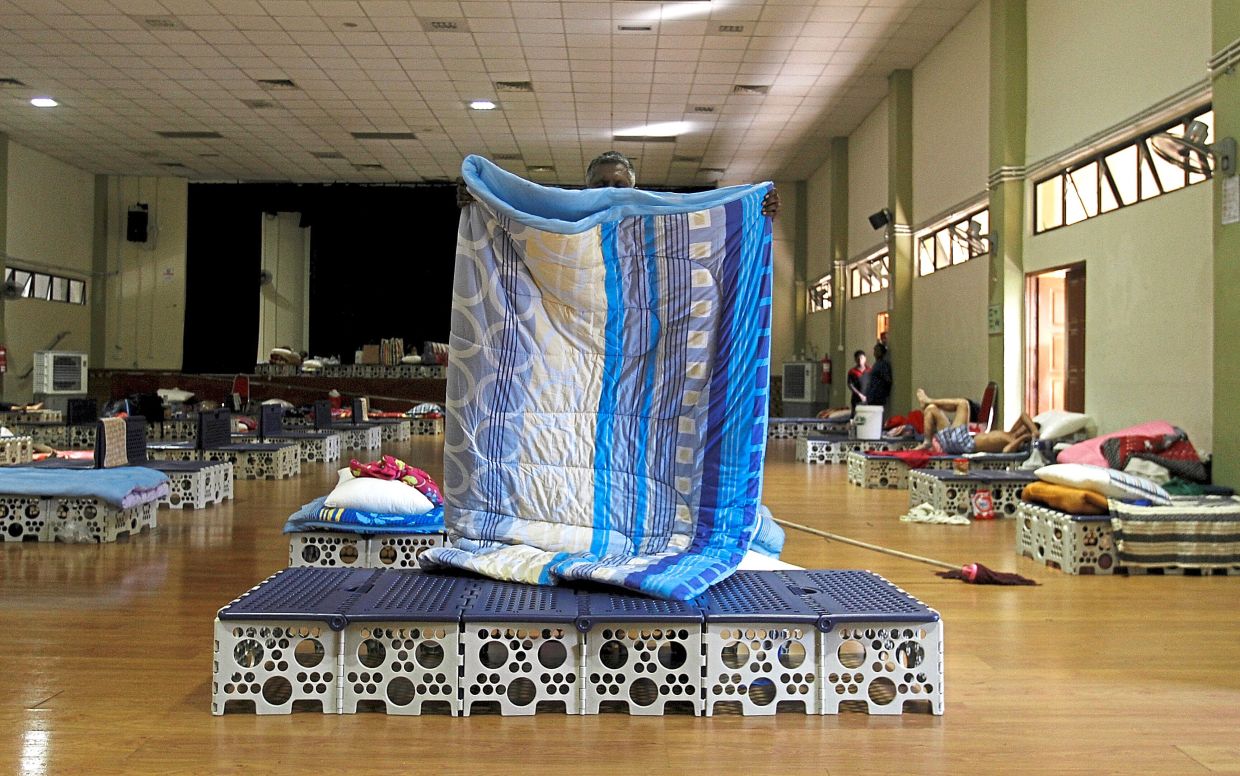 An occupant making his bed at the shelter set up at the Caring Society Complex in Penang.

“They help each other with the younger occupants helping the seniors collect their food during meal hours, ” he said.

He said in the beginning, it was difficult getting the occupants to stay clean because they were too used to the bad habits of life on the streets.

But they have since learned to shower twice a day and do their laundry daily.

Chief Minister Chow Kon Yeow, who visited the temporary shelter on April 10, said he found conditions in the shelter to be beyond his expectations and praised all the NGOs helping the state.

It has given monetary aid totalling RM777,381 and daily necessities to 3,747 families, as well as providing 4,520 hot meals to the needy throughout the country.