Joining up to fight cyberbullying

(From left) Mangleswary, Chitarthany, Supt Chelvam and Chong Eng having a discussion on cyberbullying after the press conference. This event happened before the pandemic was declared.

NO cyberbullying cases have been reported in Penang so far this year but the police are not resting easy in this matter.

“Most victims do not come forward to lodge a police report as they think cyberbullying is supposed to happen in the virtual world.

“They feel they cannot complain as they are not being physically bullied.

“It is actually better to lodge a police report at an early stage to prevent further damage to the victim, ” he said during a press conference in Komtar recently.

Supt Chelvam said 22 cyberbullying cases were reported in the state in 2018 and last year.

“None of them involved students at schools.”

Supt Chelvam said most cyber bullies were confident they would not be caught as they hide behind screens and can use fake identities and create fake profiles.

“The only way to solve this problem is to increase awareness among people about cyberbullying.

“People should report to the authorities when they are being bullied.

“Cyberbullying cases are hard to identify unless the victims come forward and make a police report.

“There is nothing to be embarrassed about and it is not a crime to be bullied, ” he said.

Supt Chelvam added that action needed to be taken before victims hurt themselves or worse, commit suicide due to stress.

“We have a police officer in charge of every school in Penang.

“Teachers who identify abusive nature in their students should come forward to identify them so that action can be taken, ” said Supt Chelvam.

State women, family development and gender inclusiveness committee chairman Chong Eng said cyber bullying is behaviour carried out through electronic media by individuals or groups who repeatedly send out hostile or aggressive messages to cause misunderstanding or discomfort to other people.

“It usually happens among youths but it can happen to anyone regardless of their age and gender.”

“All agencies are ready to help victims of cyberbullying, ” said Chong Eng.

She also urged victims to report to the authorities so that they would be protected and the bullies punished.

“Cyberbullying can be prevented and it begins with ourselves.

“Parents and teachers are the firstliners in protecting children from cyberbullying.

“If parents and teachers do not take any action, the victim will feel helpless and their mental health may be affected, ” she said.

“We are training school counsellors through our programmes besides creating awareness among parents through our online child grooming programme, ” she said.

Penang Welfare Department deputy director R. Chitarthany said that out of 384 juvenile cases reported recently, none of them involved cyberbullying and bullying.

“We believe that awareness of cyberbullying among young people is low.”

The state Health Department, in a statement, said cyberbullying was one of the causes of suicide.

MCMC, in a statement, said they received 3,762 complaints from 2018 to January this year on harassment.

This includes bullying, sexual harassment, being frightened, and misuse of personal information or photos of individuals to embarrass and shame a person. 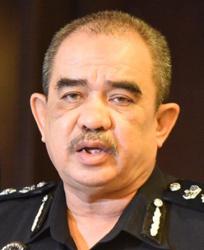 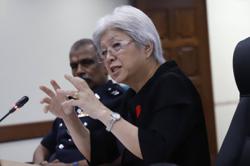