The Petaling Jaya Chinese cemetery at Section 51A PJ is closed as per the movement control order. — ART CHEN/The Star

WITH the Covid-19 outbreak and movement control order (MCO), all plans for Qing Ming this year have been put on hold.

The festival, also known as Tomb -Sweeping Day or Chinese All Souls Day, falls on April 4.

Traditionally, families would gather at cemeteries to clean the tombs of their ancestors and departed loved ones as well as perform rituals and pay their respects.

However, in view of the MCO, all such ceremonies have to be put on hold until after March 31.

“People usually start visiting their relatives’ graves 10 days before the actual day of the festival. Some do so up to 10 days after, ” he said.

The association had posted a statement informing the public that in accordance with MCO, the temple at its premises was closed and all tomb-visiting activities would be postponed until the restriction order ends.

However, it added that burial services would continue. 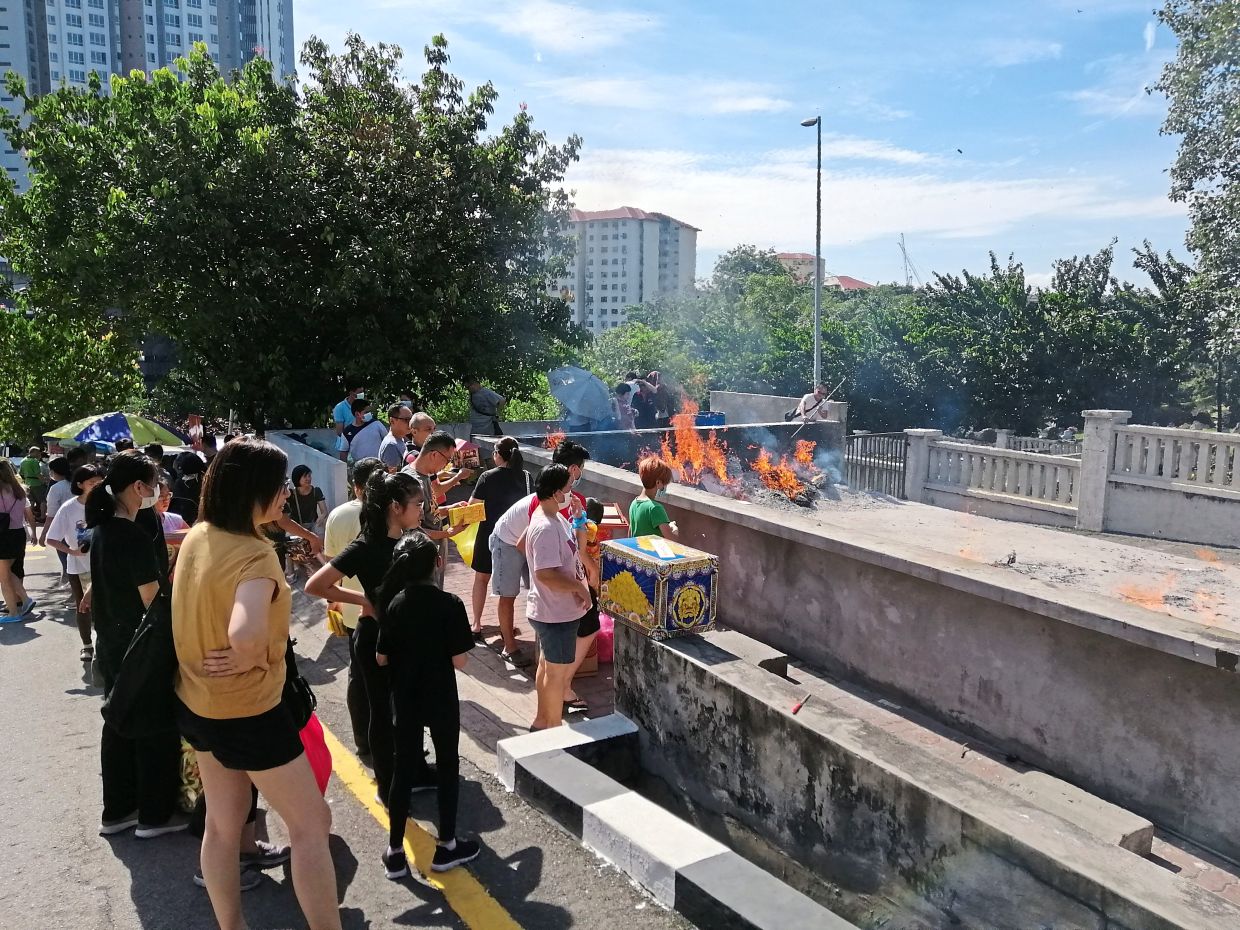 Some of those carrying out Qing Ming rituals at the Kwong Tong Cemetery in Kuala Lumpur in early March. — Filepic

The statement said that the organisation would make some adjustments to its daily operations.

Kwong Tong Cemetery Management Kuala Lumpur and Federation of Selangor and Kuala Lumpur Chinese Cemetery president Lee Chun Kong said Kwong Tong had temporarily suspended the processing of non-urgent affairs, including the sale of burial plots, niches and tombs as well as relocation of the remains of the deceased.

“The cemetery museum is following the management’s instruction to close, so all tours and activities for visitors will be temporarily suspended, ” he said.

“Families are encouraged to simplify funeral rites and the number of people gathering to send off their loved one should be kept small.

“It is difficult but it is best during this restriction period that friends and other close acquaintances express their condolences over the telephone and not in person.”

Lee said the temporary practices would be until further notice as announced by the government.

He added that the Guang Yi funeral parlour and its burial department would continue to provide services. 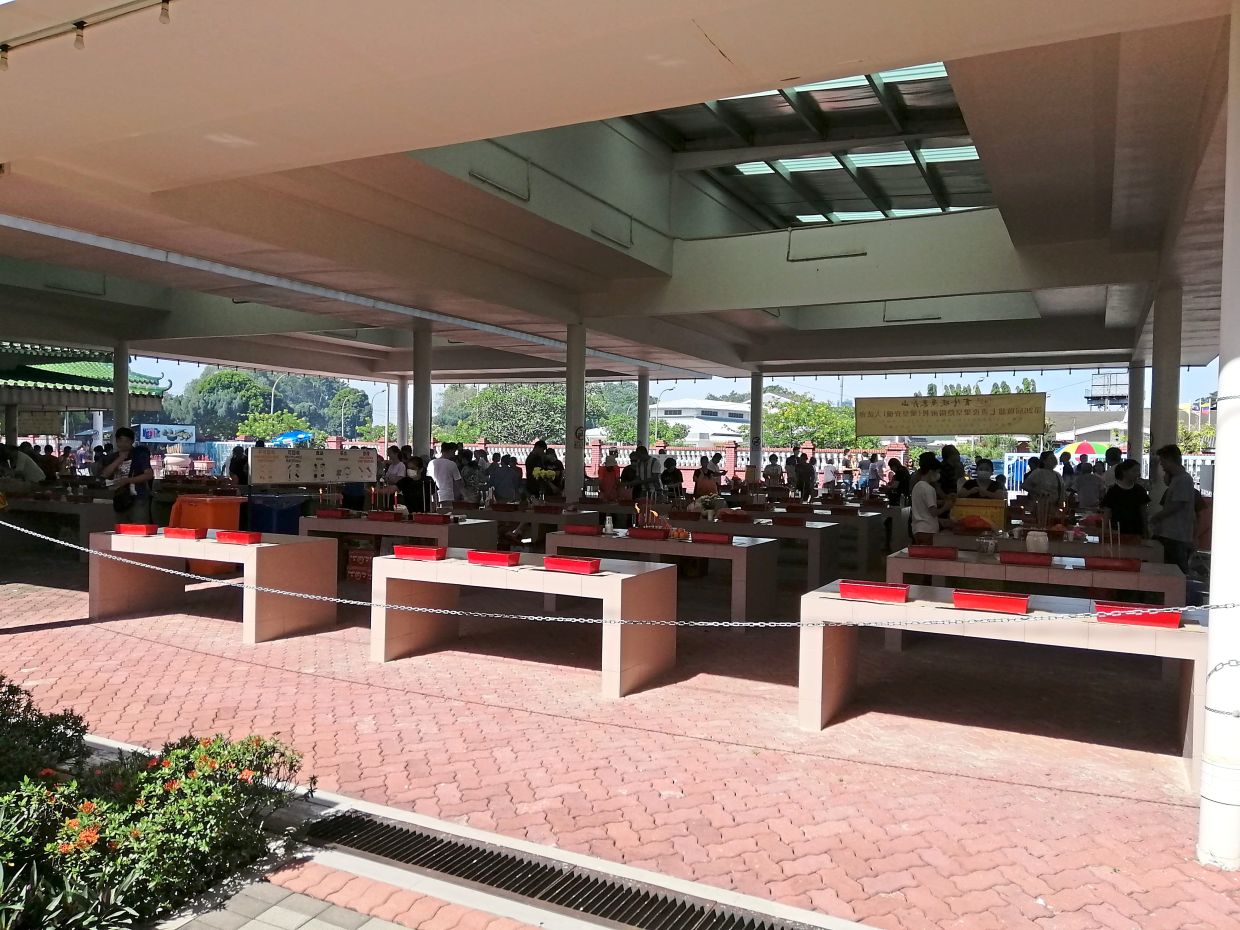 Many had gone to the Kwong Tong Cemetery the weekend before the MCO was announced. — Filepic

In a press statement, Nirvana Asia Group said it would strictly abide by the movement control order and was officially notifying its customers to comply with all the measures taken by the company.

“The operations of all our memorial parks, centres and site offices related to the interment and cremation services will remain open.

“But Qing Ming activities, relocation of the ashes of a loved one, Sheng Ji installation, setting up headstone, ‘housewarming’ and maintenance as well as repair of tomb and niches are not allowed to be carried out during this period.

“This is in accordance with the government’s directive that all religious and cultural-related activities is prohibited, ” said a Nirvana spokesman.

“While ancestral tomb-sweeping is specifically associated with Qing Ming, there are other festivals during the rest of the year in which the public can perform ancestral worship rites such as Hungry Ghost Festival and Winter Solstice Festival.

“Once the Covid-19 outbreak eases, Nirvana Asia Group will allow the public to participate in worshipping their ancestors during other festivals such as the Enlightenment Ceremony.

“For now, we would like everyone and their families to prioritise their personal health and hygiene during this challenging period.

“Wear masks, wash your hands frequently, drink plenty of water and take preventive measures to reduce the risk of infection. We need to work together during this difficult time.”

Some family members said they had managed to do their filial duty before the MCO was announced.

For example, the Kwong Tong Cemetery in Jalan Dewas Bahasa and Pustaka, Kuala Lumpur saw a large crowd on March 13 and 14 as many preferred to conduct the ritual much earlier than the festival’s actual date.

Lee advised the public to follow the government’s restriction order to temporarily suspend all mass gatherings for religious activities.

“The public is advised to practise worship at home during this period if they want to fulfil their filial duty and show their respect.

“Or they can wait until the MCO ends if they prefer to perform the worship ritual at the cemetery.

“I urge Malaysia Chinese Cemetery Association and everyone else to make the corresponding adjustments in order to curb the spread of Covid-19 together.”

According to Universiti Malaya’s Institute of China Studies senior lecturer Dr Ling Tek Soon, the tomb-sweeping practice has been observed by the Chinese since the Zhou Dynasty.

According to Ling, “Qing Ming”

is one of the 24 solar terms and falls on the 15th day from the Spring Equinox, it is usually on either April 4,5, or 6 (of the Gregorian calendar).

“In China that is the day when it is suitable for people to be out, it is mid-spring and not too cold; of course that does not apply to Malaysia where it is hot all year long.

“It is also a time for family reunions as they gather to clean the tomb, ” he said,

Dr Ling added that if the MCO were to end on March 31, then families could still visit their

ancestors’ graves to clean it as this year the festival would be on April 4.

“As cemeteries are open areas, there is more airflow and less risk of spreading the virus (compared to being in a confined space) but it is still important to take precautionary measures and make sure that not too many people are gathered at the same time.

“But if the MCO continues, there are other ways to worship and remember our ancestors. If you have the ancestral tablet at home, you can pray at home.

“As the main objective is remembrance, there are other ways to remember our ancestors.

“I know of Christians who do not have ancestral tablets but would gather with family members and talk about their ancestors and remember their origins, these are among the ways to honour and remember, ” said Dr Ling.

He added that even if family members were unable to visit the cemetery during the festival to sweep the tombs of their loved ones, they could always do it later, in May or June.