A sandbar walk to remember

Visitors are thrilled to take part in the sandbar walk. — Bernama

IT looked as if the sea parted as visitors to Pantai Tanjung Rhu in Langkawi, Kedah, leisurely walked along a 600m sandbar from the beach to nearby islands.

Tanjung Rhu Resort Langkawi senior resident naturalist Zoher Mustan said a sandbar would appear when there is low tide during a full moon.

“The sandbar phenomenon can only be observed once a year, ” he told Bernama last week.

Zoher said that besides Pantai Tanjung Rhu, two other beaches on the island, namely Teluk Datai and Pantai Cenang, had also become popular locations for the sandbar walk activity.

He said visitors also had the opportunity to see at close range various marine species such as clownfish, sea cucumber, moon crab, seahorse and horseshoe crab while walking along the sandbar.

“Langkawi is famed for its beautiful landscapes.

“This programme is a joint effort by Lada, Tanjung Rhu Resort Langkawi and other strategic partners to highlight the beautiful natural environment to both domestic and foreign tourists, ” he said.

Hezri also expressed hope that the programme would become a popular annual event at the island. -– Bernama 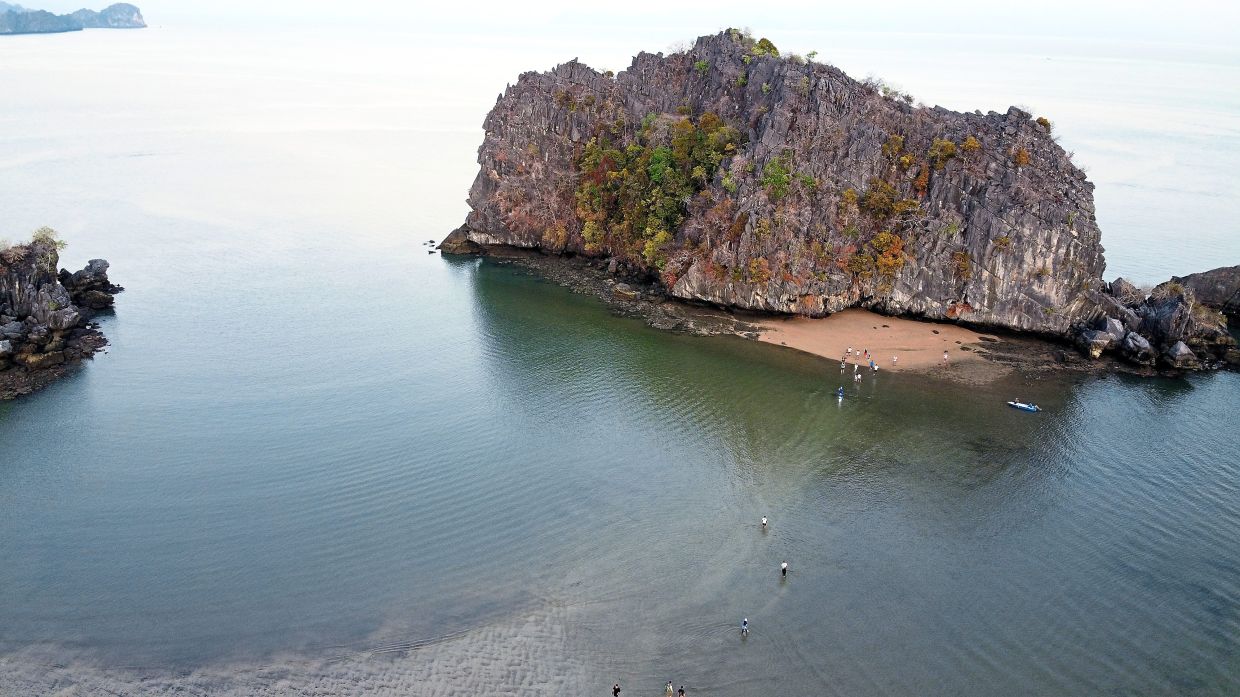 Visitors stopping on the sandbar to admire the natural beauty of the surroundings. — Bernama

A bird’s eye view of the sandbar stretching from the beach to an islet. — Bernama