Rozali (in white shirt) watching children playing a card game made from recycled materials at the launch of the poster design competition. (Left) Pupils taking part in one of the activities at SMK Berapit. — Photos: ZHAFARAN NASIB/The Star

SEBERANG Prai has made the state proud by achieving the highest recycling rate in the country last year.

Rozali said the competition, which was co-organised by Fraser & Neave Holdings Bhd (F&N) and MBSP, was conducted to educate students about the importance of protecting the environment through recycling.

“It is vital to create awareness now because in the future, these students will become adults.

“Their education on environment should start early, ” he said.

The one-day programme, which was supported by Tetra Pak (M) Sdn Bhd, the state Education Department, recycling partners and NGOs, featured a plethora of fun and exciting activities for schoolchildren and their teachers on the benefits of recycling.

The event also educated participants on the 5R philosophy of reduce, reuse, recycle, rethink and reinvent and how to incorporate them into their daily lives.

The main highlight of the event was the campaign’s first-ever poster design, based on the Master Chef television show.

F&N corporate affairs manager Cariessa Goh said the programme focused on hands-on and interactive activities revolving around environmental preservation that were both educational and fun.

“F&N is constantly striving to raise awareness of recycling and the 5R concepts as a whole, so that our efforts can have a positive impact on the environment as well as the community, ” she said.

In the poster design competition, SJK(C) Pai Teik emerged as the winner followed by SK Guar Perahu in second place and SJK(C) Kim Sen in third place for the primary school category.

Winners for both categories took home cash prizes of RM500 while the second- and third-placed teams received RM400 and RM300 respectively.

The winning teams will represent the state at the national level competition from June 10 to 12 at the Eco-Recycling Plant in Petaling Jaya. 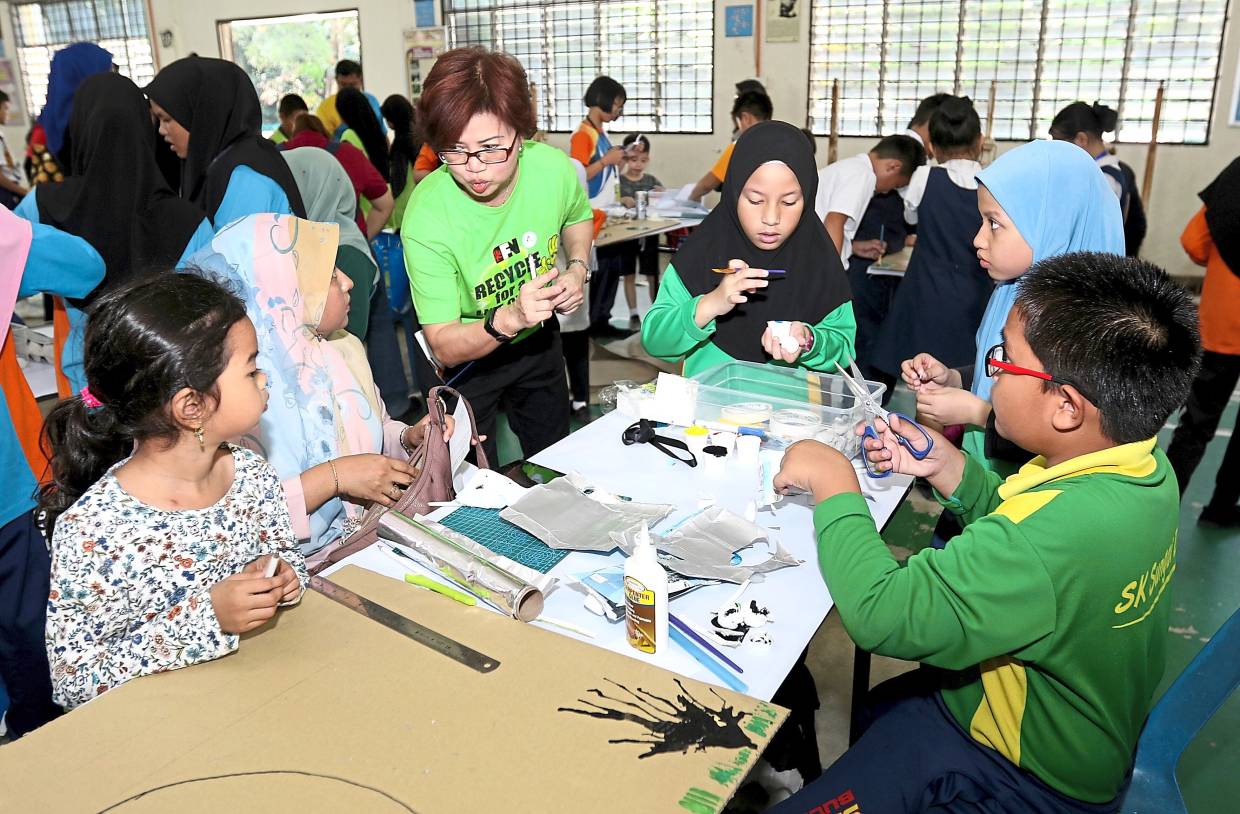 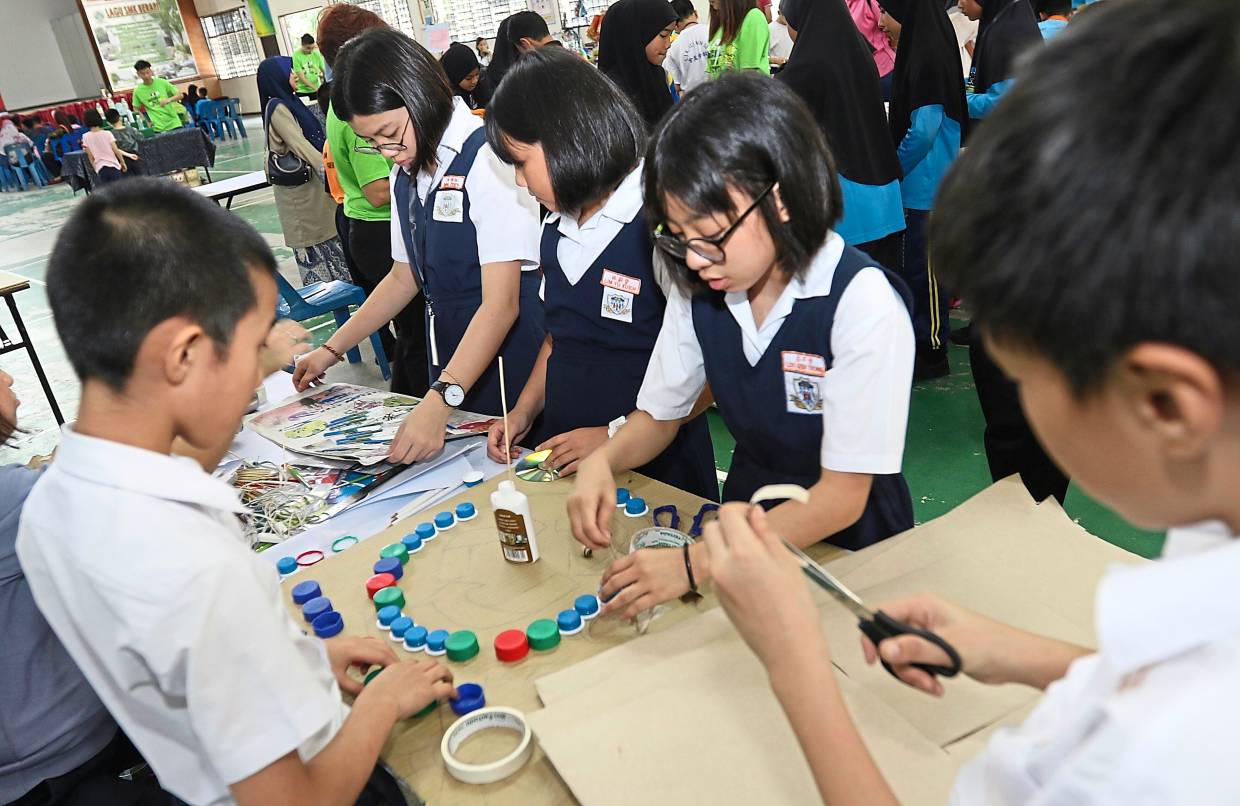 Goh (third left) listening to a comment from a participant of the SK Sungai Dua team during the poster design competition.