PENANG has surpassed its initial target of having 30% women representation in the government and now on its way to hitting 40%.

State women and family development, gender inclusiveness committee chairman Chong Eng said the state hoped to achieve gender representation of 40% women, 40% men and remaining 20% of either men or women in all government departments and agencies by 2030. 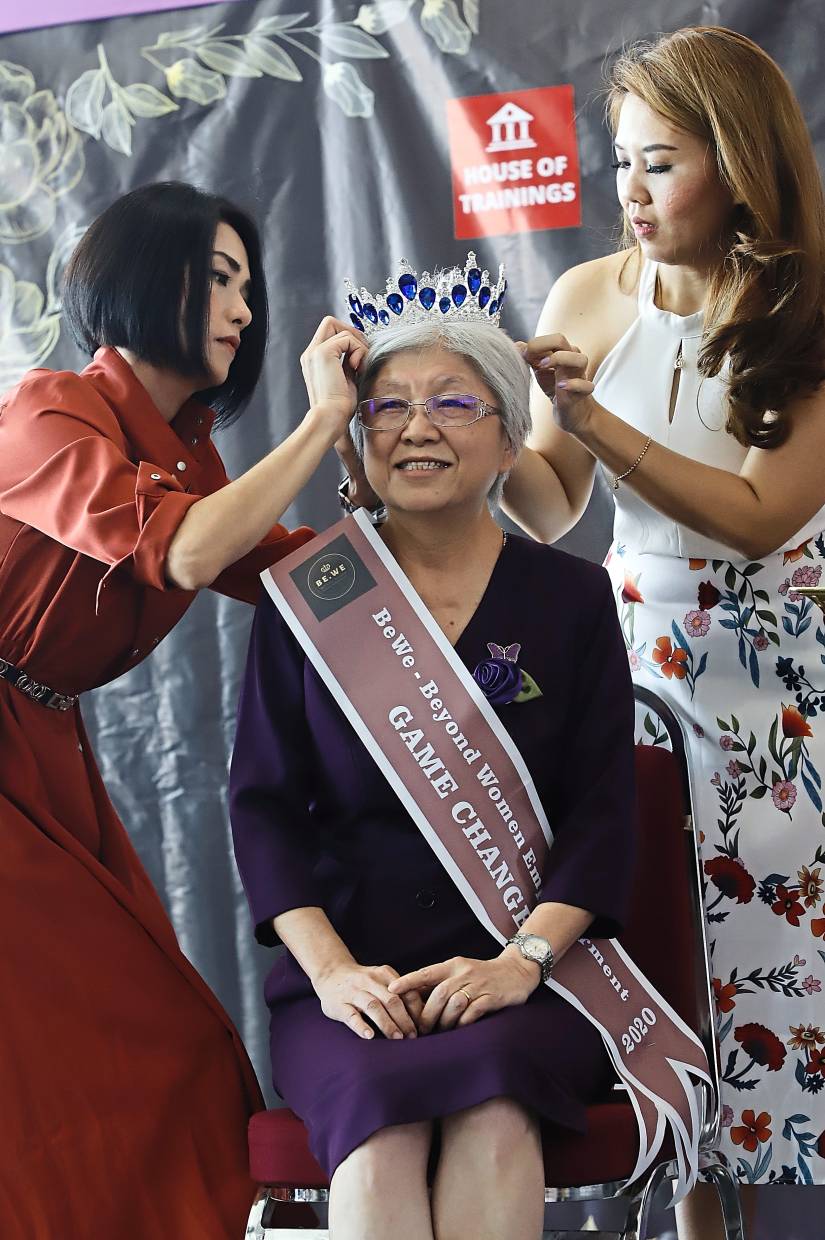 Chong Eng (middle) being crowned as the pageant’s Game Changer ambassador for her relentless efforts to look after the welfare of women and the community during the Beyond Women Empowerment Beauty Queen 2020 at 1st Avenue Mall.

“Under the Gender Inclusiveness Policy, we hope to create a workforce where no gender dominates more than 60% in decision-making processes.

“So far, Penang’s middle management has achieved over 30% and the Seberang Prai City Council now has 33% women staff members.

“Village Community Management Councils (MPKK) are now having 24% women representation and they are pushing hard to recruit more capable women, ” she said before launching the Beyond Women Empowerment Beauty Queen pageant at 1st Avenue Mall on Sunday. Ambassadors of Beyond Women Empowerment Beauty Queen taking a stroll down the catwalk.

In her speech, Chong Eng said the pageant was a meaningful event as women showcased their confidence and qualities on stage.

“Today, women are working alongside men to make a living. “Employers should look into investing to accommodate needs of parents for better family development and improve their quality of life, ” she said.

Organisers of the event appointed Chong Eng as the pageant’s Game Changer ambassador for her relentless efforts in looking after the welfare of women and the community.