Siti Solehah Husin, 20, who works in a restaurant in Melaka Sentral, showing a QR code for customers to pay via the e-cash payment mode. — Bernama

MELAKA: In keeping up with the times, Melaka Sentral which is the major transport hub for inter-city bus travel, is gradually expanding its payment option through e-cash applications for its bus services as well as other businesses operating at the terminal.

In addition, he said two parking ticket payment machines were now providing similar payment option and this would further be extended depending on customers’ response.

“Melaka Sentral has adopted the e-cash payment system as the medium is now the choice of customers, especially the younger generation when dealing with the business service sector.

“From our observation, payments through e-cash is gaining popularity among customers as it is more convenient, faster, much safer.

“Less customers are using cash these days, ” he said.

Elaborating, he said a survey conducted by the company found that almost 75% of express bus customers bought tickets from the machines provided instead of over the counters.

He said the use of e-cash for ticket purchases was expected to reach about 40% within a few months following its launch last week.

Md Yusoff said traders at the terminal have also been encouraged to use e-cash applications in line with the transformation efforts by Melaka Sentral.

“We have over 200 traders here but so far only about 5% are providing the e-payment option, ” he said.

Ridzuan Yeoh, 68, who operates Sri Mawar Ria restaurant at the terminal, said e-cash payment was so much easier and safer as the sales proceeds go straight to his account and he does not have to worry over loss of money through cash transactions.

He said the restaurant accepts e-cash payment through Touch n ‘Go eWallet and Boost platforms, adding that the use of these applications were still not popular except among young customers.

“Payments through e-cash is so much more convenient for both traders and customers but the technology is still new to the people, especially the elderly. I am confident more people will gradually realise its benefits and will turn to this form of payment, ” said the former school principal.

“Most find withdrawing cash from the automated teller machines a hassle and prefer e-cash payments.

“We accept payments through Touch ‘n Go eWallet and most of our customers are students, ” she added. — Bernama 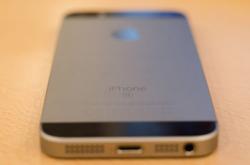