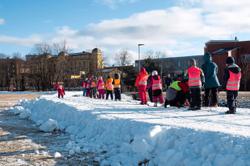 Together with Santa, six ice skaters will be performing a choreographed routine at the skating rink.

THIS Christmas, you can experience a cool celebration closer to home at Genting Winter Wonderland where Resorts World Genting is throwing its “greatest Christmas party ever”.

With the tag line “It’s All Happening at Genting Winter Wonderland”, the resort comes alive with bright lights and warm glow, showering guests with the splendour of Christmas, magical decorations and exciting events until Jan 1,2020.

During the launch of Genting Winter Wonderland Great Christmas Light Up, Resorts World Genting Leisure and Hospitality executive vice-president Datuk Edward Holloway launched the month of festivities with a grand ceremony at the outdoor Metro Park. Visitors were serenaded by choirs and musicians with ice skaters pirouetting in complex formations

“As our Christmas lights are now switched on, we have set the scene for a wonderful start to the Christmas festivities. 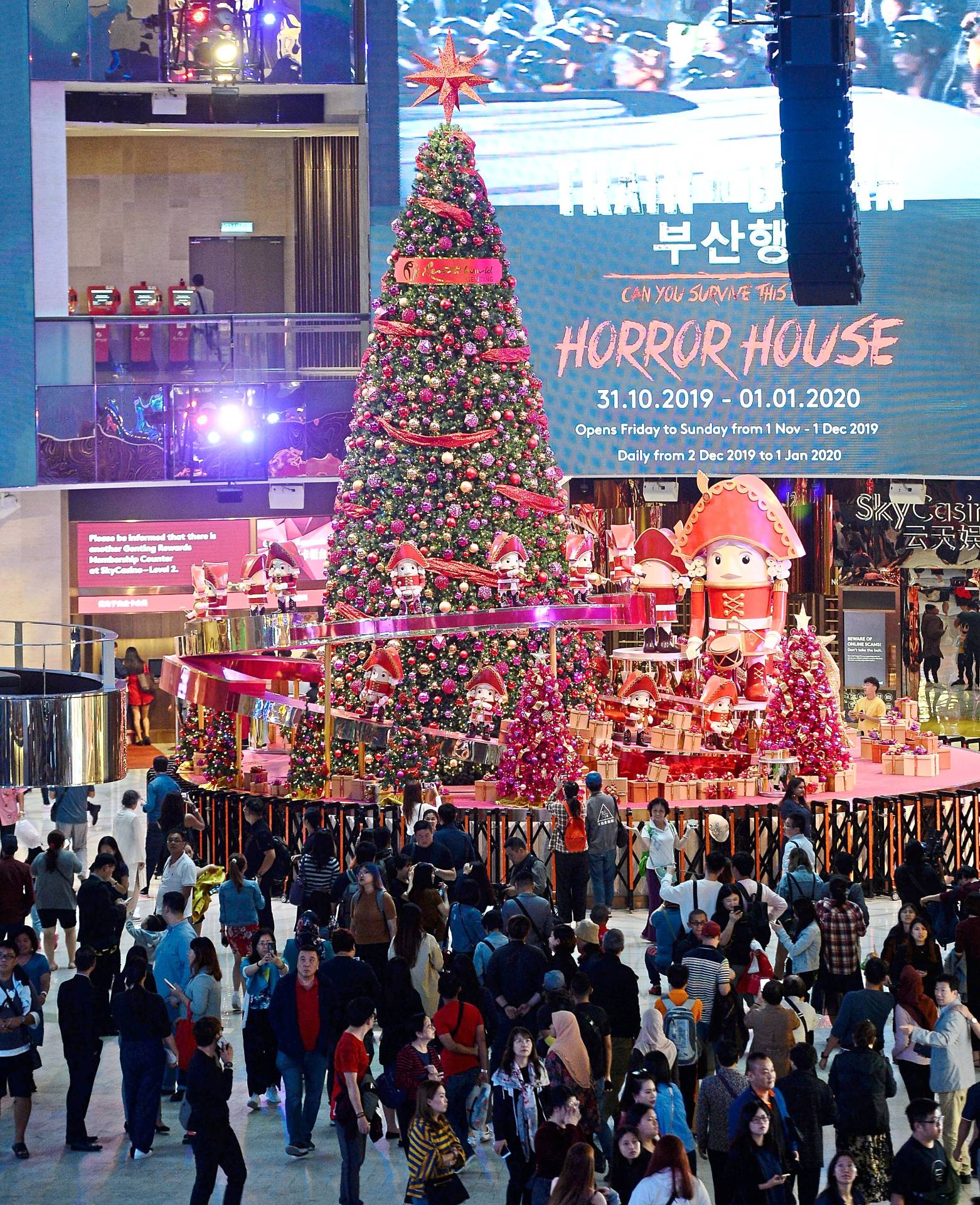 Head to the SkySymphony Stage for A Nutcracker’s Wonderland. — Photos: AZHAR MAHFOF/The Star

“The entire resort has been lavishly decorated indoors and outdoors. We are one of the only destinations in Malaysia to have truly prepared an authentic Christmas Winter Wonderland filled with an array of festive treats.

“There are world-class performances featuring an amazing line-up of Malaysian and international artistes. We even flew in the original Santa Claus who will be meeting all the children at SkyAtrium and Metro Park, ” said Holloway.

He added that the European Christmas experience would be right here at Resorts World Genting where the merriment could be relished under the stars amid cool breezy weather.

Taking place at the outdoor Metro Park twice in the evenings are the 7.30pm Light Up show and the 10pm Christmas Show. A 30-minute Christmas performance will kick off featuring Santa Claus, Elf, reindeers, and ice skaters, The Broadway Choir Group, the Christmas Quartet and Genting’s Highland Heroes.

Brian Keith Zimmerman, a professional puppeteer and pioneer of children’s television entertainment (including his work with Disney, Nickelodeon and Cartoon Network), will play Santa Claus. He will be on stage at Metro Park and at SkyAtrium with an attentive Elf to thrill children and parents there with his wacky wit. 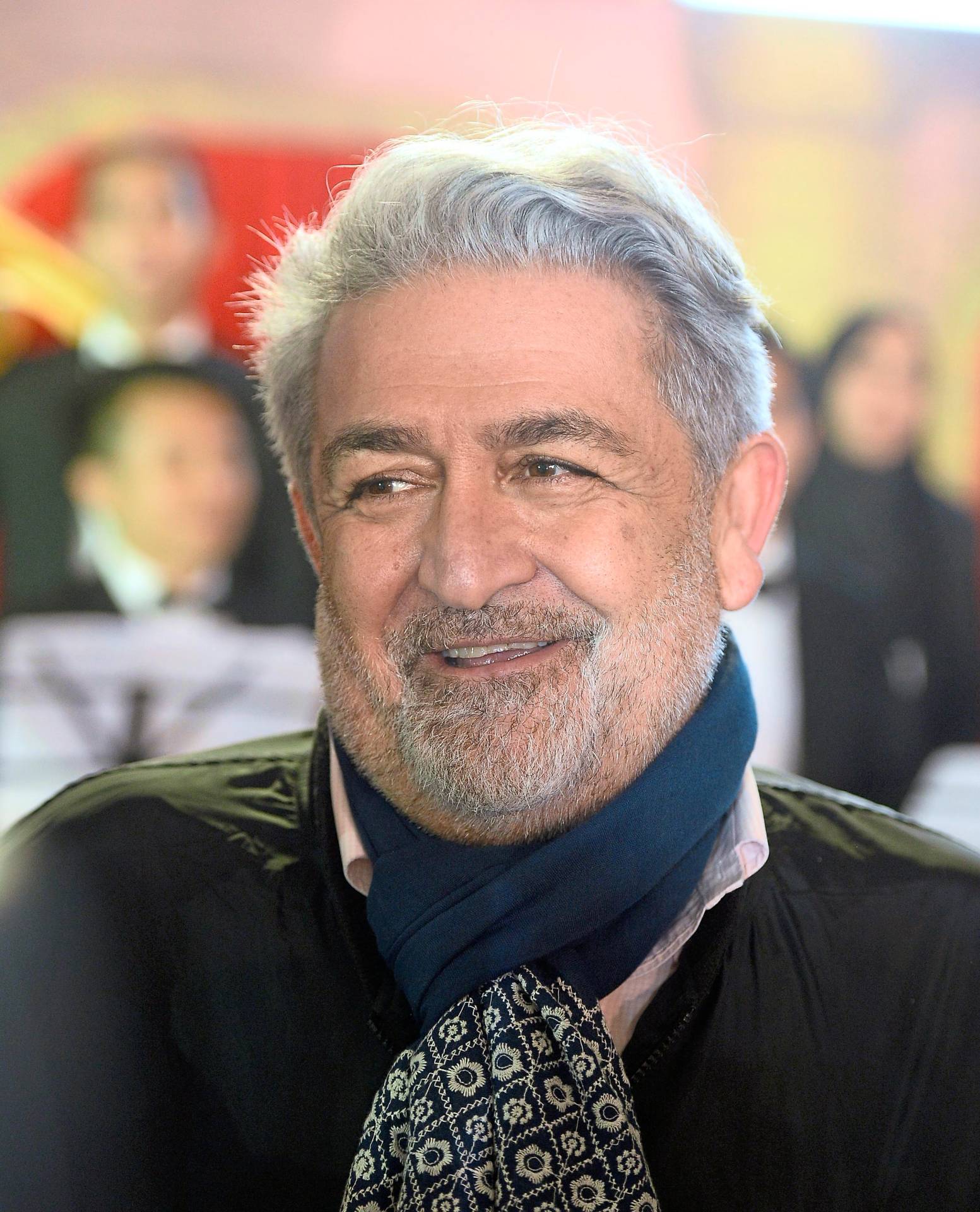 Holloway says the European Christmas experience is at Resorts World Genting where the merriment can be relished under the stars amid cool breezy weather.

Another highlight at the Metro Park is the three-storey crystalline Christmas tree standing tall for a perfect family picture. Pretty Christmas goodies are also on sale at the European Christmas Market.

Guests can put on skates and emulate Russian ice skating champions when the rink is open to the public twice a day at 5.30pm and 8.30pm.

Just off the Gazebo Garden is a special open-air area surrounding the lake, where classic Christmas movies will be screened twice a day, with live football matches also broadcast over weekends.

Besides that, the Christmas Parade by the Highland Heroes will march through a Carnival several times a day. A flash mob will get the energy going when you least expect it.

Get up close and personal with the Highland Heroes themselves in a special meet-and-greet session daily at Allie’s Courtyard and SkyAtrium over the Christmas period.

Head up to the Genting Winter Wonderland to experience entertainment planned for all during the whole season. 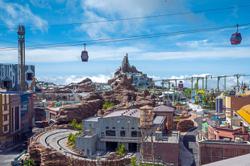