Striding forward with the disabled

From left: Hong, Ching and Vogiatzakis flagging off participants of the charity event.

The 20-year-old who suffers from a rare genetic disorder was popular among volunteers and participants as she was always ready to pose for photographs.

“She is used to all the attention as I take her to similar charity events and I am sure she enjoys it, ” said housewife Zubaidah Mohd Hussain of her youngest child.

The mother-of-three said over the years she had learned to be stronger when taking Nur Aishah out in public.

“Sometimes people will stare but I am glad we have managed to overcome that and remain positive, ” said Zubaidah, adding that she had made friends with parents who have disabled children too.

Instead of walking or running, Wira Sudepja Rabu participated in the event with his daughter Nur Wadihan Wira who was seated in a trailer as he cycled the 4km route.

“We participate in cycling events every week with at least 30 families from our group #bikeisable to spread the message that it is not difficult to include a disabled person in your everyday life, ” he said.

Wira plans to bring his bedridden daughter on more cycling trips as she seems to love being outdoors.

Anita Kushairy, who came with her family and a group of friends, was amazed at the turnout and support given to the event hosted by the Spastic Children’s Association of Selangor and Federal Territory (SCASFT).

“It is our first time here after reading about it in the newspapers and we are thankful to be able to take part in such a meaningful event, ” said Anita who is an avid participant in walking and running events.

Participants could choose either to walk or run in two categories — 2km and 4km with finisher medals awaiting them at the end.

Ching said he was very pleased with the turnout and support showed by the public.

“Every year, we hope more NGOs will join us as we work together and raise funds for the needy, ” he said, adding that the annual event supported about 30 other local NGOs.

During the event, SCASFT ambassador Herley Abdul Hamid’s second book titled Leaving With Meaning: Inspirations from the Life Journey of a Servant Leader was launched. It was written in honour of the late SCASFT president Datuk Seri Lam Peng Chong who passed away in June.

Peng Chong’s wife Datin Seri Lam Lee Pin was present to thank donors and participants who had supported her husband and the association since its early days.

She also sang a few lines from his favourite song One Day When We Were Young before signing copies of the book.

Two books were also auctioned off to the highest bidders with proceeds donated to SCASFT.

Ching hopes to see greater support at SCASFT’s longest-running charity jogathon next year which is scheduled to be held at Dataran Merdeka, Kuala Lumpur. 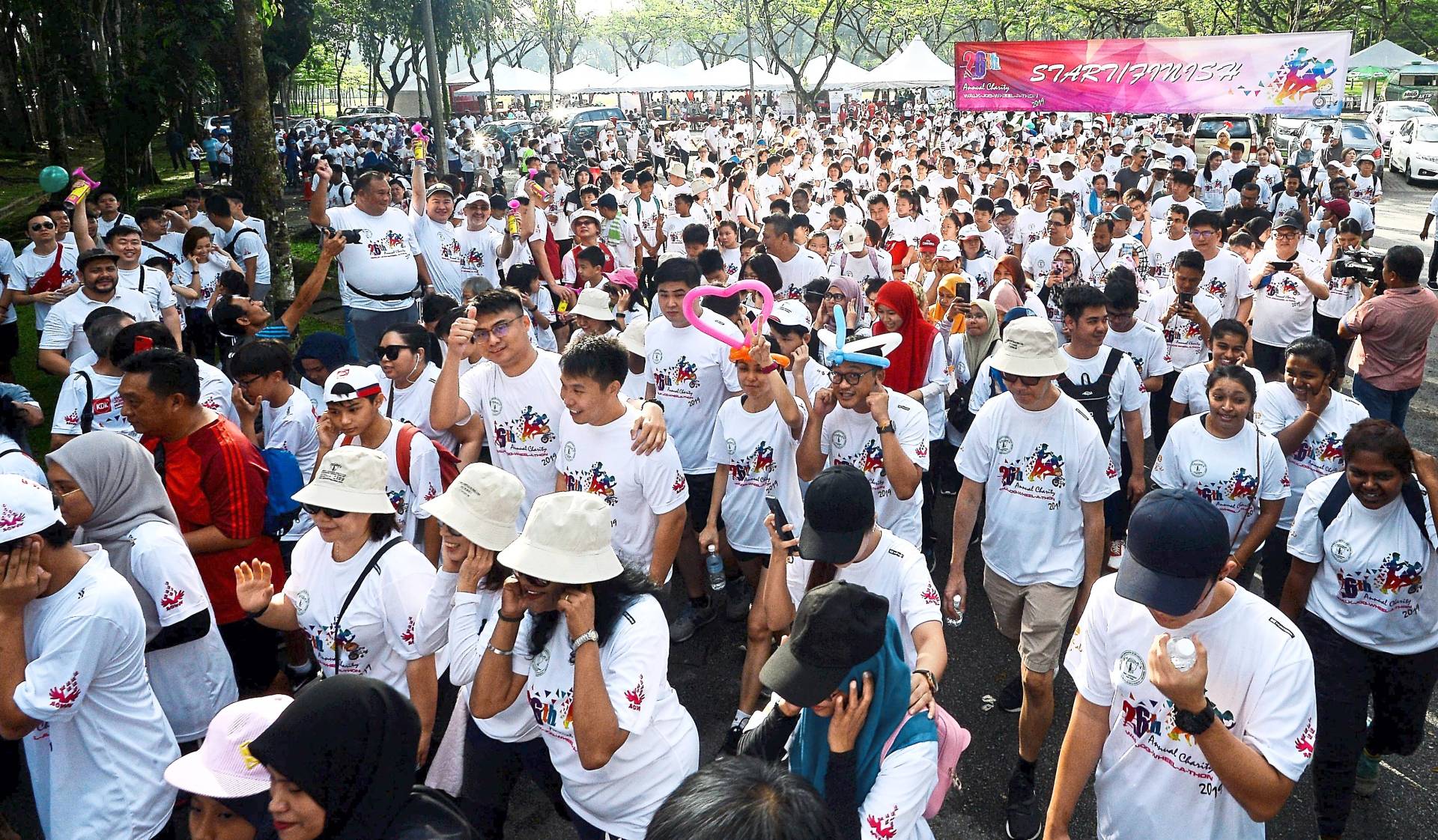 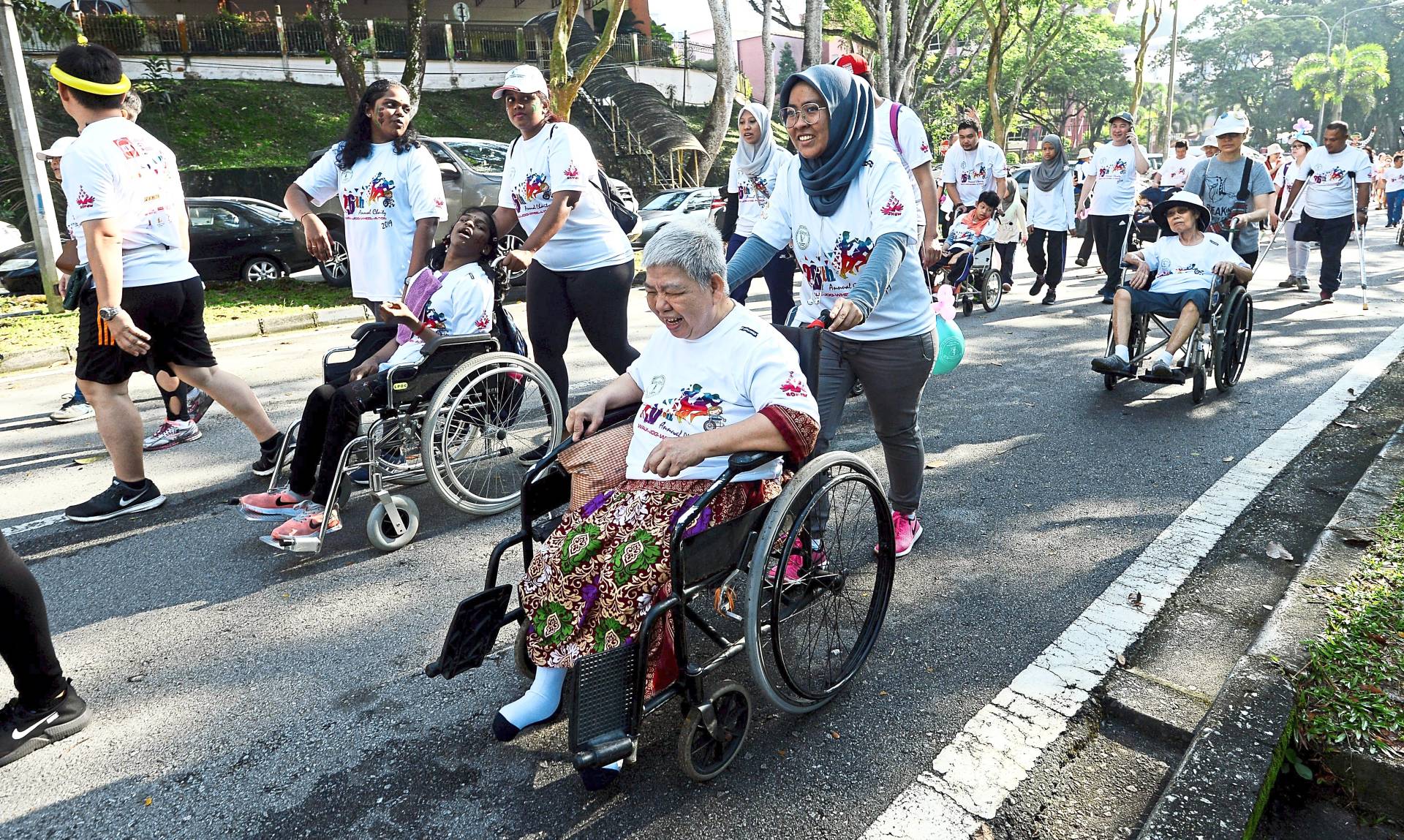 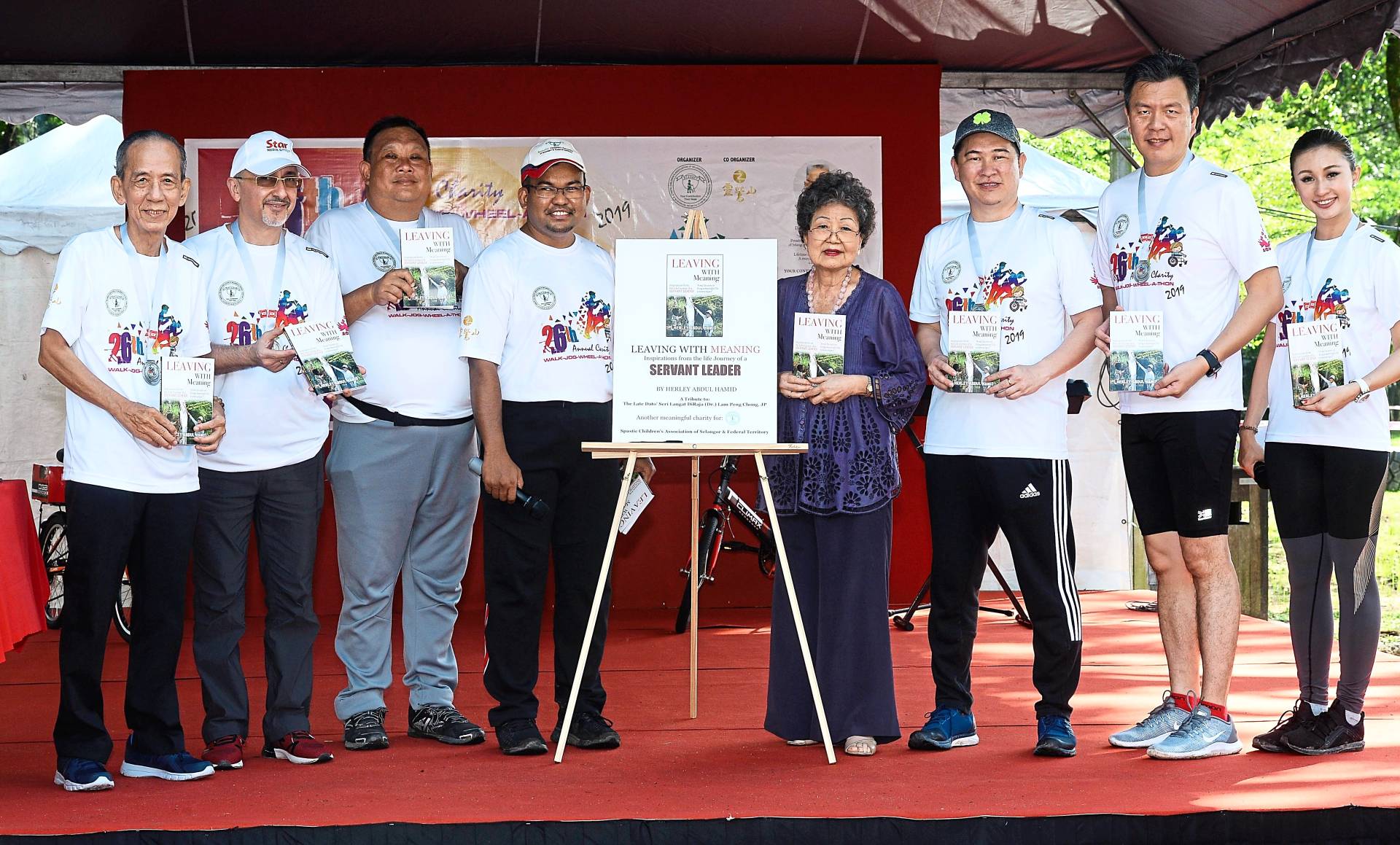 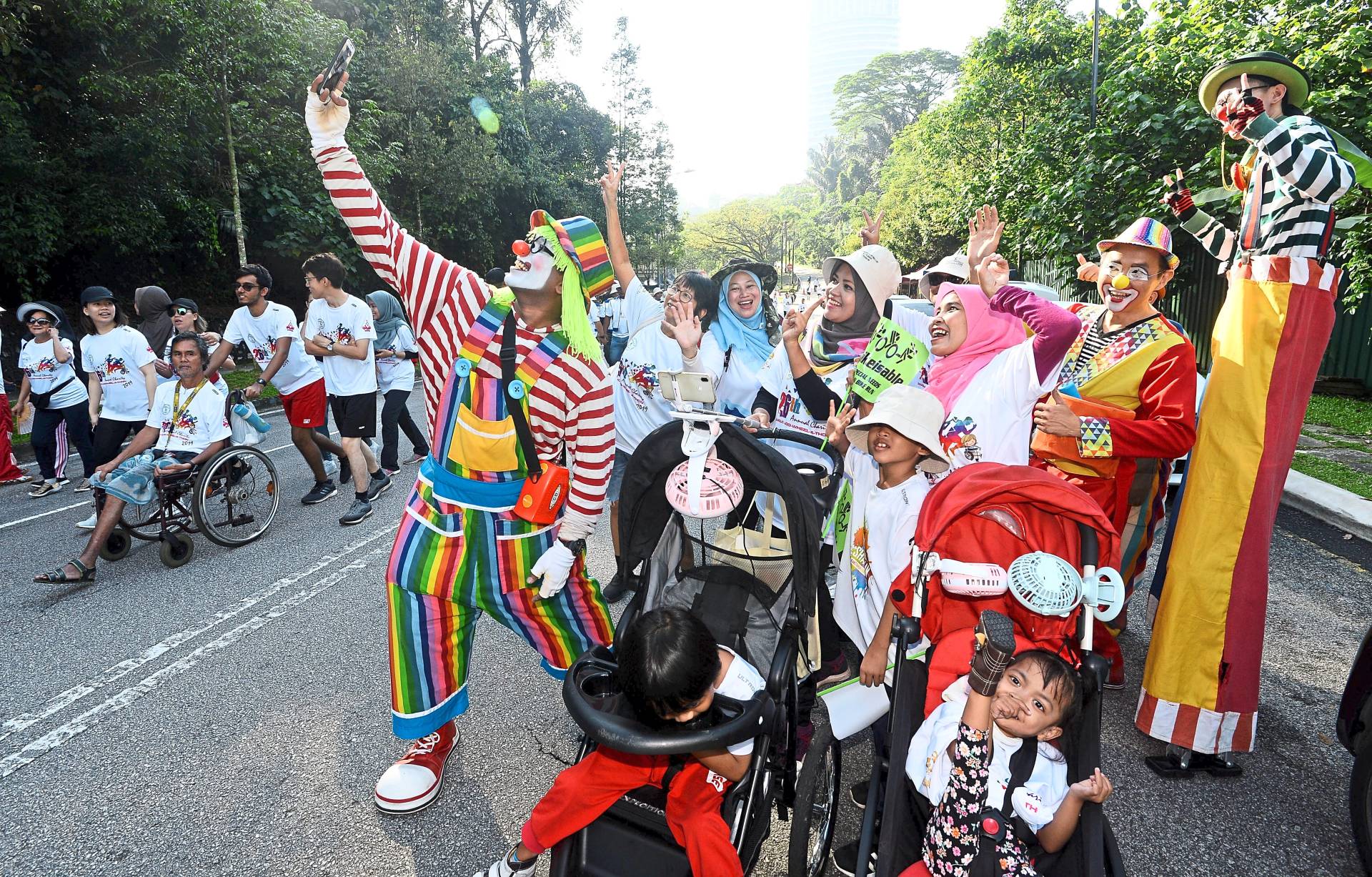 From left: Hong, Ching and Vogiatzakis flagging off participants of the charity event.

Hundreds turned up to support the charity event organised by the Spastic Children’s Association of Selangor and Federal Territory.

Many participants in wheelchairs were spotted at the 26th Annual Charity Walk-Jog-Wheel-a-Thon held at Padang Merbok, Kuala Lumpur.