The children received RM20 each to shop at booths which sold artworks and crafts, among other things, during the festival in Petaling Jaya

A children’s rights festival was held at Jaya One in Petaling Jaya in conjunction with the 30th World Children’s Day, which falls on Nov 20.

The festival was organised by Crib Foundation, a non-governmental organisation (NGO) founded to equip children with the knowledge to understand their rights.

The festival, comprising workshops, talks and forums, saw the participation of around 90 children from marginalised communities.

Activities were focused on creating awareness of bullying and cyber safety, among other things, among the children.

There were also some 20 booths set up by local NGOs that provide aid to needy and marginalised children.

Some of the booths that were manned by children sold artworks and crafts.

Crib Foundation co-founder Srividhya Ganapathy said, “It is important for children to be actively involved in issues that affect them.

“Those present comprise stateless children, those from poor families and the homeless, ” she said, adding that the festival received support from Suhakam and Unicef.

At the festival, the children were given RM10 to buy food and RM20 to shop at the booths.

Ajeet Kaur, another Crib Foundation co-founder, said they were also recruiting children for its Talisman project which aimed to empower them to become little ambassadors for issues affecting the young.

“Children deal with issues differently than adults and they often turn to their peers first to talk about these issues.

“These little ambassadors will be able to explain their rights in a way that is understandable to other children, ” she said.

Ajeet said there were plans to recruit some 50 children to participate in the two-day camp in December.

“We advertised the programme via our Facebook page to encourage interested children to apply, to be part of this experience, ” she added. 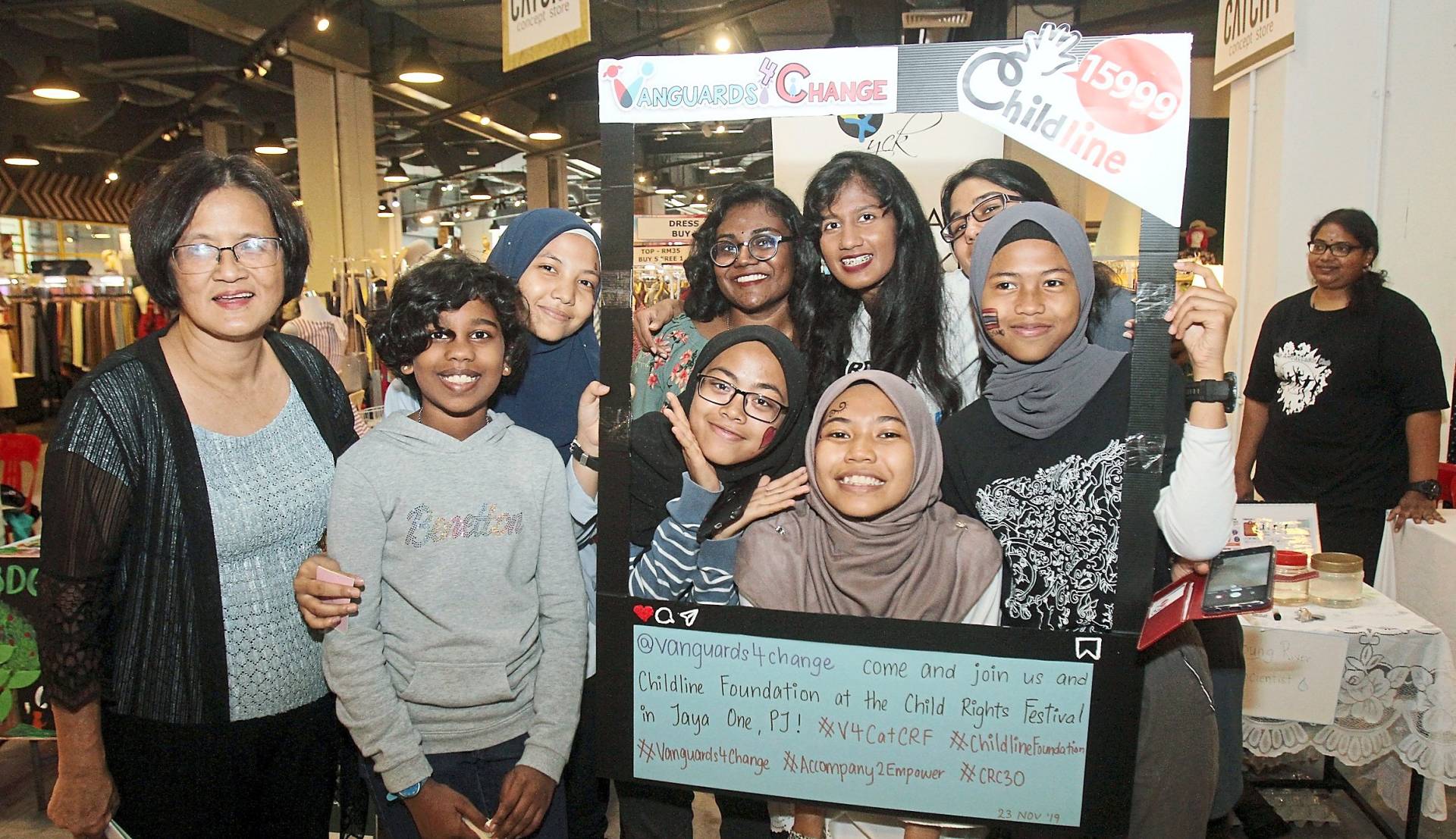 The children received RM20 each to shop at booths which sold artworks and crafts, among other things, during the festival in Petaling Jaya

Some of the booths at the festival were manned by children to encourage them to actively take part in issues affecting them. Photos: SHAARI CHEMAT

Srividhya says the festival aimed to encourage active participation by children in its running.