Students the agent of change

FORTY teenagers took over the halls of Parliament to speak out against bullying in schools and share policy recommendations on the issue to several lawmakers. 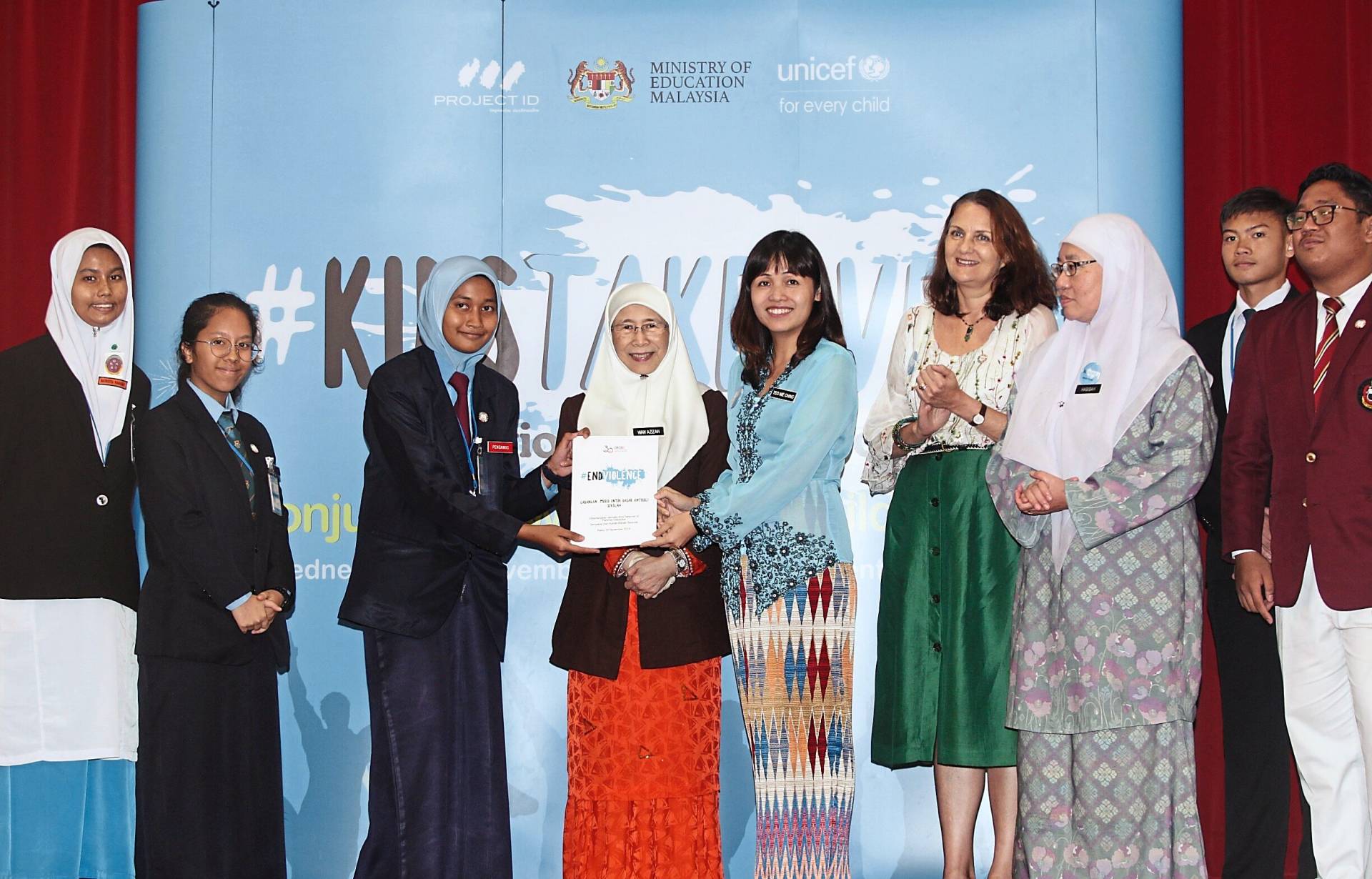 “We collected ideas from over 40 students, and worked with our facilitators throughout seven weeks to come out with these policies to present to the ministers, ” said Myra Alyssa Faizal, 16.

“I am glad that we have the support of the MPs who came today and put down their phones to listen to us. I want to say thank you because they are the real decision-makers who will carry out our suggestions for us, ” she added.

Fellow student, Muhammad Faiz Farhan Yusnizam, 16, said: “I felt very happy that we were able to hand over the policy recommendations, and I hope it will be followed through until bullying in schools is completely eradicated.” The recommendations included creating a comprehensive reporting system, thorough investigations by schools, support and assistance for victims, holistic programmes for bullies, updating the Education Ministry’s guidelines on prevention and addressing bullying in schools, and creating a code of ethics for teachers and students.

Teo pledged to peruse the policy recommendations with her team and implement suitable ones, adding that the ministry was already running programmes in schools, including the #StandTogether campaign.

“It is sad to hear their stories, where they are bullied just for being different such as having a different skin colour or religion, ” she said.

“We need to empower our students, especially victims of bullying, to speak up and defend themselves.

“I call on the adults to hear from the children themselves, and think of what we can do to help them and the other children they are representing, ” added Teo. The 40 students attending the #Kidstakeover at Parliament, a student initiative to stop bullying in schools.

Wan Azizah lauded the #KidsTakeOver Parliament: Kita Peduli initiative, saying: “This is an initiative that is significant and right, for it is time to boost children’s voices at public forums, and enable children to realise their right to a safe school environment.”

“It is important to grow up with values. Hold on to the values that you care for...family, love, affection and kindness, ” she said to the audience who included students and policymakers such as Petaling Jaya MP Maria Chin Abdullah and Sibuti MP Lukanisman Awang Sauni from Sarawak.

The event also commemorated the 30th anniversary of Malaysia’s adoption of the Convention on the Rights of the Child.

Unicef representative in Malaysia Marianne Clark-Hattingh said children were very aware of the issues that affected them.

“In any policy recommendation, when children are given the opportunity, they often have solutions and can be powerful agents of change, ” she said.

“In a poll conducted by Unicef, we found that 83% of the children have been bullied, so this is an issue close to their hearts.

“It is one of their fundamental rights to express themselves and we all stand to benefit when we listen to them, ” she reiterated.