If you are headed to Kek Lok Si Temple or Penang Hill railway station, you will not miss a large bronze-coloured monument of an army supply truck near the roundabout in Ayer Itam Road.

The monument depicts three men struggling to get the truck going along an arduous rocky trail. It memorialises a time when China was not a superpower yet and Malayans of old had to help the country.

Japan invaded Manchuria in 1931 and by 1937, there was a full- scale war with the Imperial Japanese Army occupying many vital cities including Beijing, Shanghai and Nanjing.

It was a bleak war that evolved into World War II and lasted until 1945, killing about 25 million Chinese civilians. 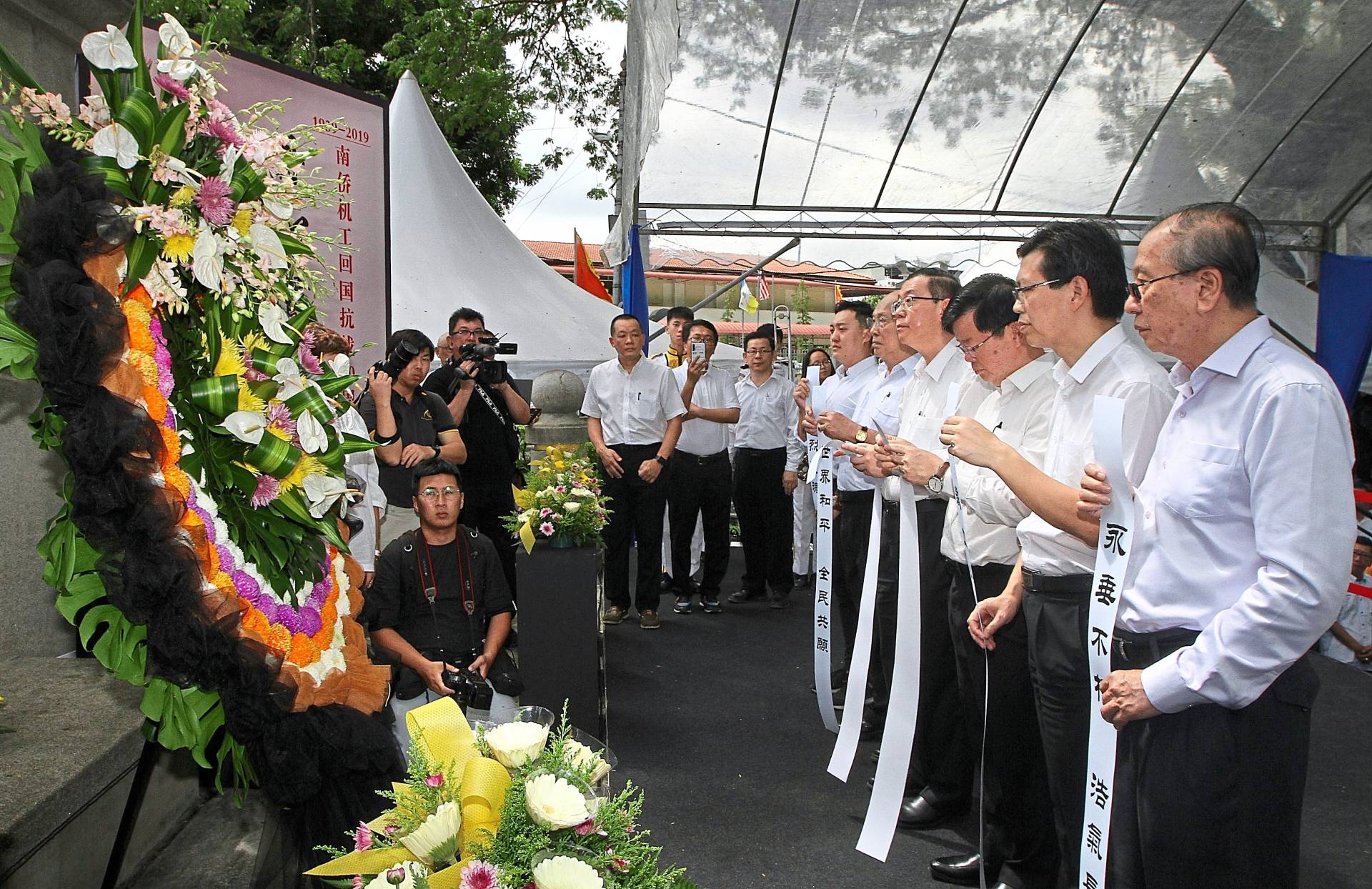 Malayans did not forsake China and went to the country’s aid. The Penang China Relief Fund by 42 organisations raised money to aid Chinese war victims.

When the Japanese attempted to blockade all the sea ports of China, 200,000 Chinese civilians of all ages began constructing a road of more than 1,000km from Burma to southwest China to ensure a continuous flow of vital supplies to China.

In 1939, Malayans joined them as volunteer mechanics and drivers.

There were more than 3,000 volunteers from Malaya and Singapore, including 358 from Penang.

Nearly all of them died under attacks by the Japanese.

The memorial was inaugurated by tycoon and philanthropist Lim Lean Teng on Nov 11, 1951.

In 2011, the state government added more features and it became the Ayer Itam War Memorial Park. On Nov 11 each year, a memorial service is held and Chief Minister Chow Kon Yeow with Finance Minister Lim Guan Eng were present this year.

“The war brought tragedy. We have to learn from the past and promote love and harmony,” said Lim in his speech.

“The volunteers worked together to help the Chinese in China during the Japanese invasion.

“Let us not forget their contributions and sacrifices.

“Malaysia is a peaceful country and we even had a peaceful change of government recently.

“This is an example for other countries that we put the people’s needs first and not greed,” he added.

Lim said the monument is a reminder of the tragedy of the Second World War.

“I am against violence and war. Although the war was 70 years ago, we still cannot forget the suffering it caused.

“I hope Penangites can value the peace we have.

“I also hope the China trade war will not continue,” he said.

Lim, who is Air Putih assemblyman, pledged RM20,000 for the upkeep of the monument.
Article type: free
User access status: 3