No talk, no telecom tower

ONE morning, resident K.C. Lee from Happy Garden in Jalan Kelang Lama, Kuala Lumpur, woke up to the presence of a newly erected lamp post on the main road of Jalan Gembira.

While he did not have any issues with the lamp post itself, Lee was annoyed that it came attached with a telecommunication signal transmitter and was facing his condo unit located several hundred metres away.

“Another similar lamp post was installed in Jalan Senang Ria nearby, in Taman Serangkai, ” he said.

Lee was not happy over the situation and claimed that the transmitter had been installed without taking into account residents’ feedback, which was an integral part of Kuala Lumpur City Hall (DBKL) guidelines on installation of telecommunication poles.

“The company had installed the lamp post along with the telecommunication transmitter without notifying or consulting residents, ” he said. But what irked Lee and other residents more was despite putting forward their objections, they had not received any feedback from either the company or DBKL.

“A notice was put up by DBKL on April 8 in the form of a banner which called for written feedback from residents on the proposed construction of the telecommunication structure, ” said Sree Ram, a resident of Gembira Residen Condominium.

He said the last day for objection was April 22.

“We emailed DBKL but we have not heard from them since, ” he added.

Residents said they were asked to provide feedback via email to telcotower@dbkl.gov.my or fax to 03-2691 2302.

Sree said their Gembira Residen Condominium’s management office too had written in objecting to the telecommunication tower.

He said residents had emailed DBKL on April 11, saying they wanted to know the justification for the lamp post’s location, the impact assessment carried out and the reasons for not choosing another location that had less human traffic.

Lau added that he too had not heard anything from the authorities since then and the contractors went ahead and installed the lamp post despite residents opposing it.

Taman Serangkai resident Suria Gandi said the people in her neighbourhood were supposed to have a dialogue on the issue but that did not happen.

“In our eyes, this lamp post is illegal and should be brought down until DBKL hears us out, ” added Suria.

The situation is not unique and exists in many neighbourhoods all over Kuala Lumpur.

Seputeh MP Teresa Kok’s secretary Alice Lan said she had received many complaints from residents about the emergence of bi-functional lamp posts, which are integrated with telecommunication transmission structures, in the constituency.

“There were complaints about such lamp posts located in Taman Bukit Indah as well as in Jalan Nyaman 6 and Jalan Nyaman 9 of Happy Garden, ” she said.

“Residents objected to the structures and I submitted the objection papers to DBKL.

“DBKL did reject the application for the installation of the transmission system.

“But two months later, they (telecommunications company) went ahead and installed the lamp post without DBKL’s approval, ” said Lan.

She said she was now taking action to get it removed.

“Since it is illegal, the onus is on DBKL to remove it, and you can be sure I will push for that to happen as soon as possible, ” she added.

The list spells out several conditions that lamp posts integrated with telecommunication transmission structures must adhere to, including getting community feedback.

Telecommunication companies are required to hold a dialogue with residents in the area where their towers or transmitters are to be installed.

The applicant is required to put up a notification signboard for a period of at least 14 consecutive days as directed by DBKL’s Mechanical and Electrical Engineering Department.

The applicant is also required to resolve any issue highlighted pertaining to the installation of the lamp post within 14 days from the notice.

If there are objections from residents or other stakeholders in the area concerned, the applicant must resolve those objections before their application is presented at the one-stop committee meeting.

Applications for bi-functional lamp posts are limited to companies appointed by the local authority.

The site in the application must be in an area with the existing facility.

The minimum distance allowable from the nearest building is

5m from a terrace house or commercial and industrial site and 10m from a condominium.

It must also not obstruct pedestrian walkways and have a minimum space of 1.5m for pedestrian passage.

He assured residents that such towers were not as harmful as people make it out to be.

“Studies have shown that radio frequency emission from telecommunication towers or mobile phones are not harmful to humans.

“We have held engagements with the Malaysian Communi-cations and Multimedia Com-mission and they have confirmed that the towers are not hazardous, ’’ he said.

However, Oon emphasised that public engagement was necessary and telecommunication companies must carry out public dialogues before the towers are installed.

When contacted, a DBKL spokesperson said the installation of

lamp posts integrated with a telecommunication transmission system was intended to prevent haphazard placing of these transmitters in the city.

“Getting public feedback is essential when putting up the towers, ” the spokesperson reiterated, adding that residents could lodge

In a statement to StarMetro, the company concerned said it had put up the bi-functional lamp post in Jalan Senang Ria, Taman Serang-kai, with approval from DBKL.

The company said it was not aware that it a public dialogue was a requirement.

Meanwhile in Selangor, state local government, public transport and new village development committee chairman Ng Sze Han said residents must always be informed whenever a telecommunication tower or transmitter was put up in a neighbourhood.

“This ruling has been around for years and it not only applies to telecommunication companies but also to other utility companies.

“These companies do not need approval from residents to put up the facilities but the local council must inform residents by holding a dialogue, ” he said.

Ng added that approval would only be given to the companies if they met all technical requirements set by the respective local councils. 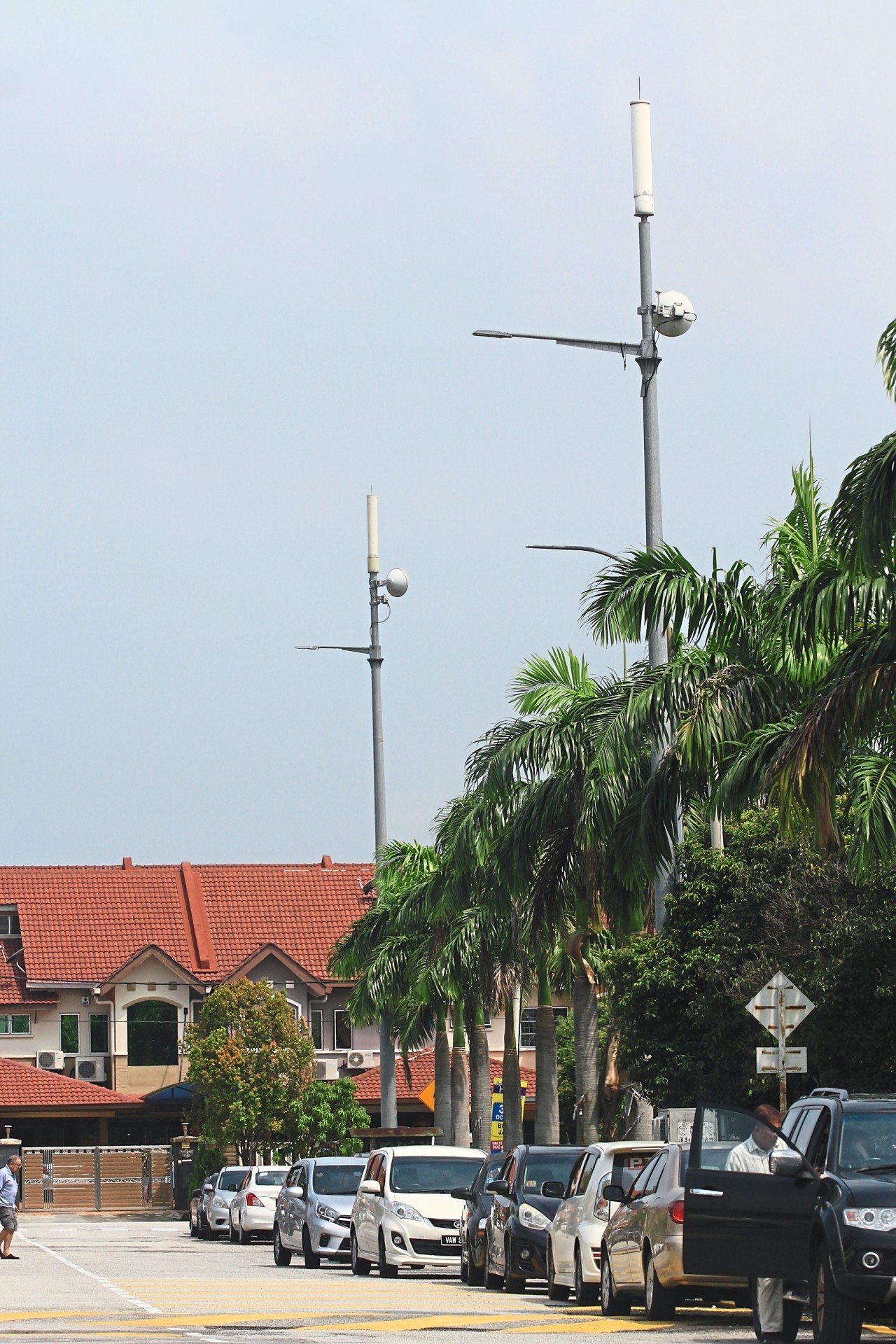 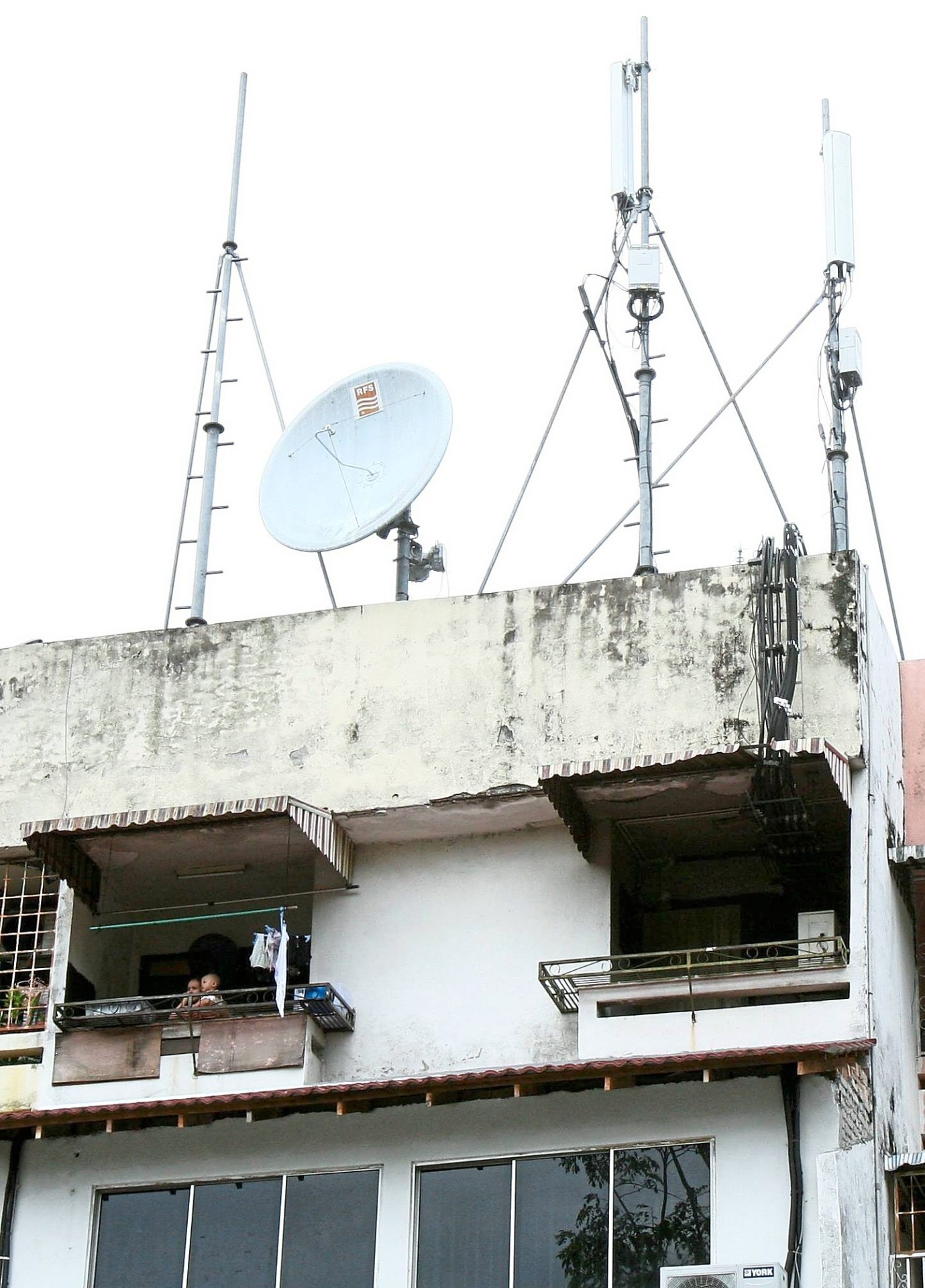 Telecom transmitters are commonly seen on top of commercial buildings like shoplots.

Lan: There have been many complaints from Seputeh residents about bi-functional lamp posts.