Lee displaying her artworks titled ‘River of Desire’ and ‘Light of the Heart’ at Art Expo Malaysia 2019.

AWARD-winning actress Lee Sinje showcased two of her artworks at the Art Expo Malaysia (AEM) 2019 for the first time in eight years.

Lee’s artworks speak entirely of her journey in finding her inner light.

As a person who practises meditation, she found painting useful in helping her focus.

“I started painting when I was 22 years old, immediately after my grandmother passed away. During that period of my life, I painted to express my emotions.

“This piece is like a sea of my heart and I slowly dive in to deal with all the negative and dark energies.

“I go in layer by layer until I finally find the light,” said Lee on her “Light of the Heart” artwork that took her months to finish.

Her artworks “River of Desire” and “Light of Heart” are a teaser for her next solo art exhibition next year. 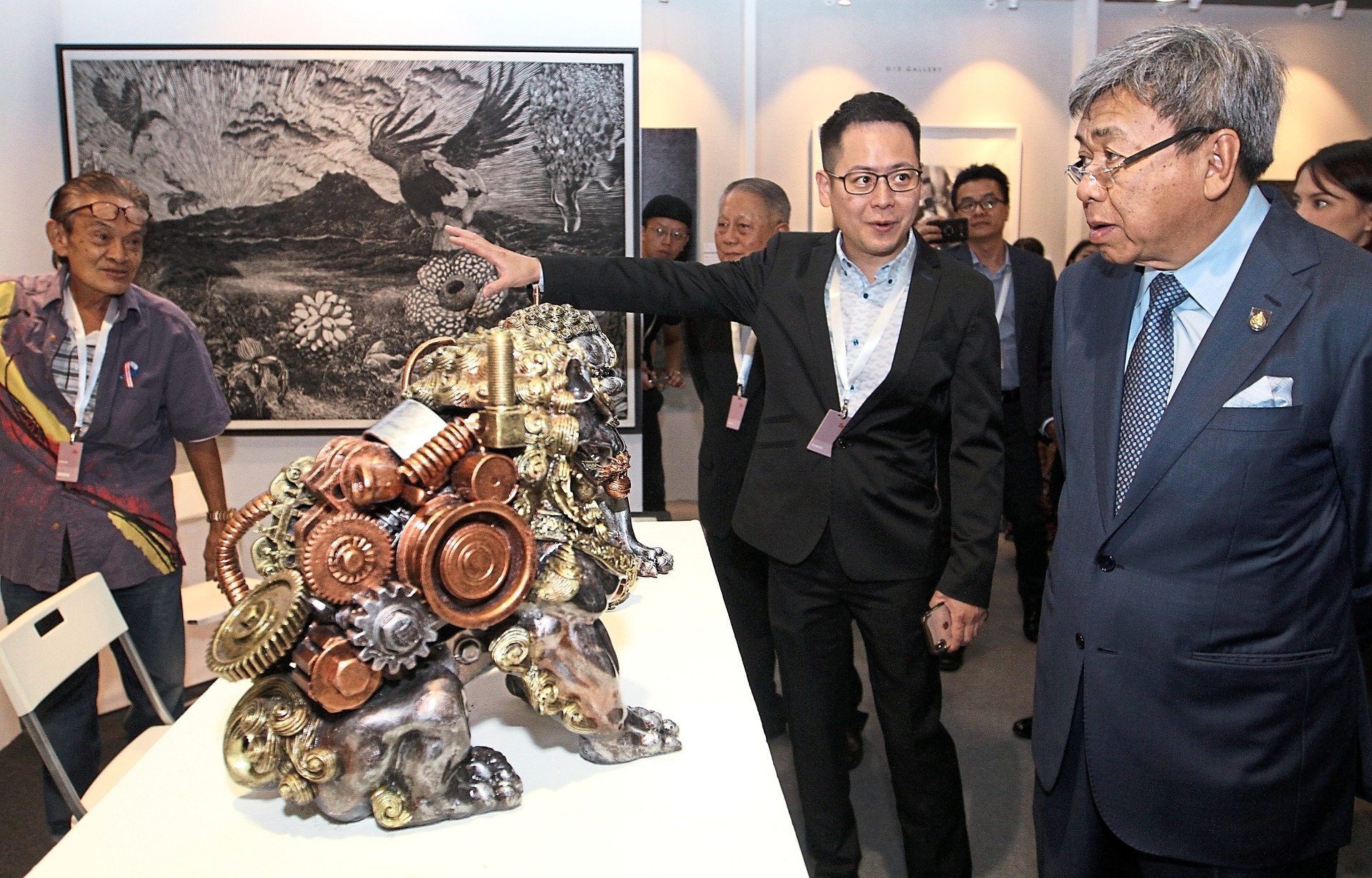 One of the galleries present at the event was Segaris Art Centre, a subsidiary of UiTM Holdings which showcased 25 artworks by UiTM alumni under the theme “Aftermath”.

“Art is the best medium for us to think outside the box and express our ideas. In Malaysia, art is a huge contributor to the economy,” said Segaris Art Centre chief executive officer Nizam Rahmat.

He said although the art scene in Malaysia was evolving, “we still need to study and observe countries like Indonesia and Hong Kong on how they have managed to uplift their art scene on a global scale”.

Veteran artist Long Thien Shih brought along a work he painted in 1985 to present to Sultan of Selangor Sultan Sharafuddin Idris Shah, who graced the event.

The artwork is an illustration of the history of the state and the first Sultan of Selangor, Raja Lumu.

Long also had several other works on show, including a piece he worked with Jerome Manjat called the “Borneo Dilemma”.

“A lot of artists prefer working alone and it got me questioning, what would happen if I team up with another artist? We came together to see what we are capable of creating.

“Since he is from Sabah, he said he would like to tell a story on Sabah and we came up with this beautiful piece through the process of woodcut,” said Long. Nizam in front of two pieces by UiTM alumni during the Art Expo Malaysia 2019.

Sixty reputable galleries took part in the 13th edition of AEM which carried the tagline “Contemporary, Cutting Edge and the Curated”. It was held at Matrade Exhibition and Convention Centre (MECC), Kuala Lumpur.