KLANG Sentral bus terminal, which opened 11 years ago to ease the congestion at the old bus terminal in Jalan Pos Baru, has turned from bad to worse.

It looks deserted as 45 shops in the double-storey building have been shuttered since August 2017.

Food Station – a food court that used to occupy the first floor of Klang Sentral along with other shops and the ticketing counters – are no more as the businesses have shifted to other commercial areas because of a lack of customers.

Escalators to that level are not functioning and have been barricaded off.

The bus hub established opposite Setia Alam township off Jalan Meru now has only five booths selling cigarettes, snacks and soft drinks on the ground floor.

Foreign traders have taken up three lots along the perimeter of the building and have converted the space into restaurants where tables and chairs occupy the parking bays. 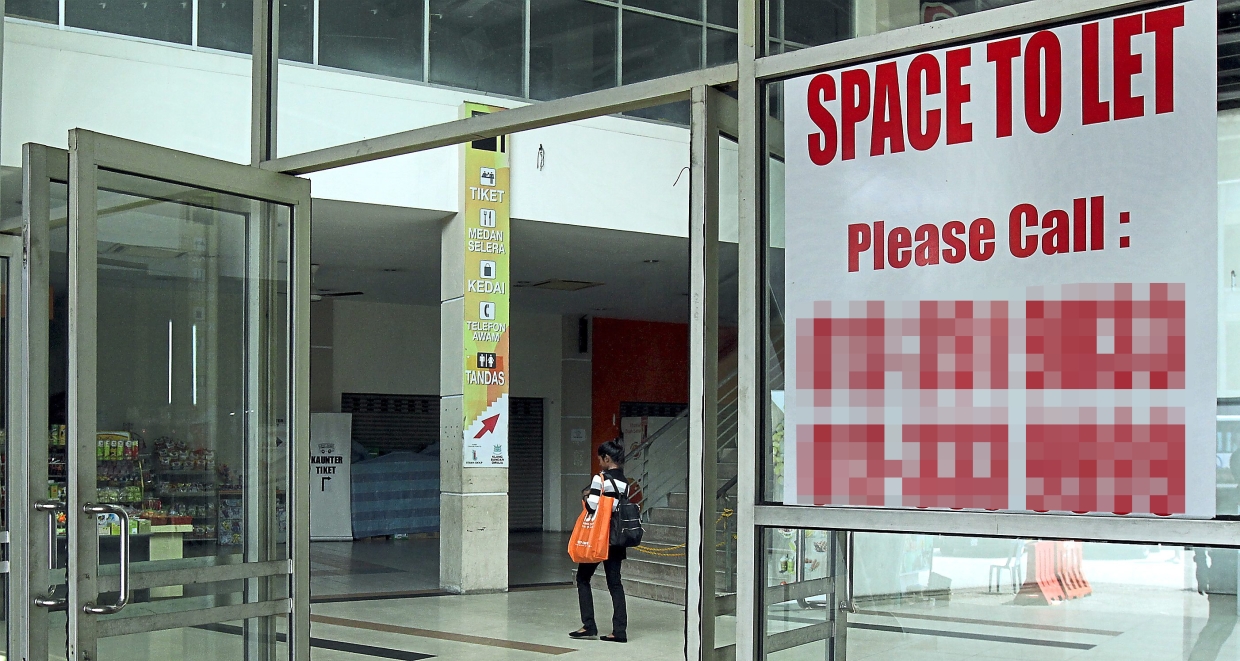 Shops inside Klang Sentral are shuttered and the place is deserted. (Right) Shamsul, who runs a shop at Klang Sentral, says the bus terminal needs immediate repairs.

StarMetro spoke to commuters and some of the women said they “felt unsafe” in the “empty” terminal.

Kindergarten teacher Ida Sulaiman, 28, who had just alighted from an express bus, said she did not feel safe there even at daytime because there was no proper lighting and the unoccupied shops left the place quiet.

“Maintenance is lacking and the whole complex looks run down.

“I would not be at the bus terminal without a friend, ” she said.

Ida added that there was a need for police presence.

Student Hazim Shazali, 21, who was waiting for his e-hailing ride, said Klang Sentral was not a safe place.

“I understand that commuters, young and old and especially women, feel unsafe especially after 6pm waiting for a bus here or even just walking to and from this bus terminal. 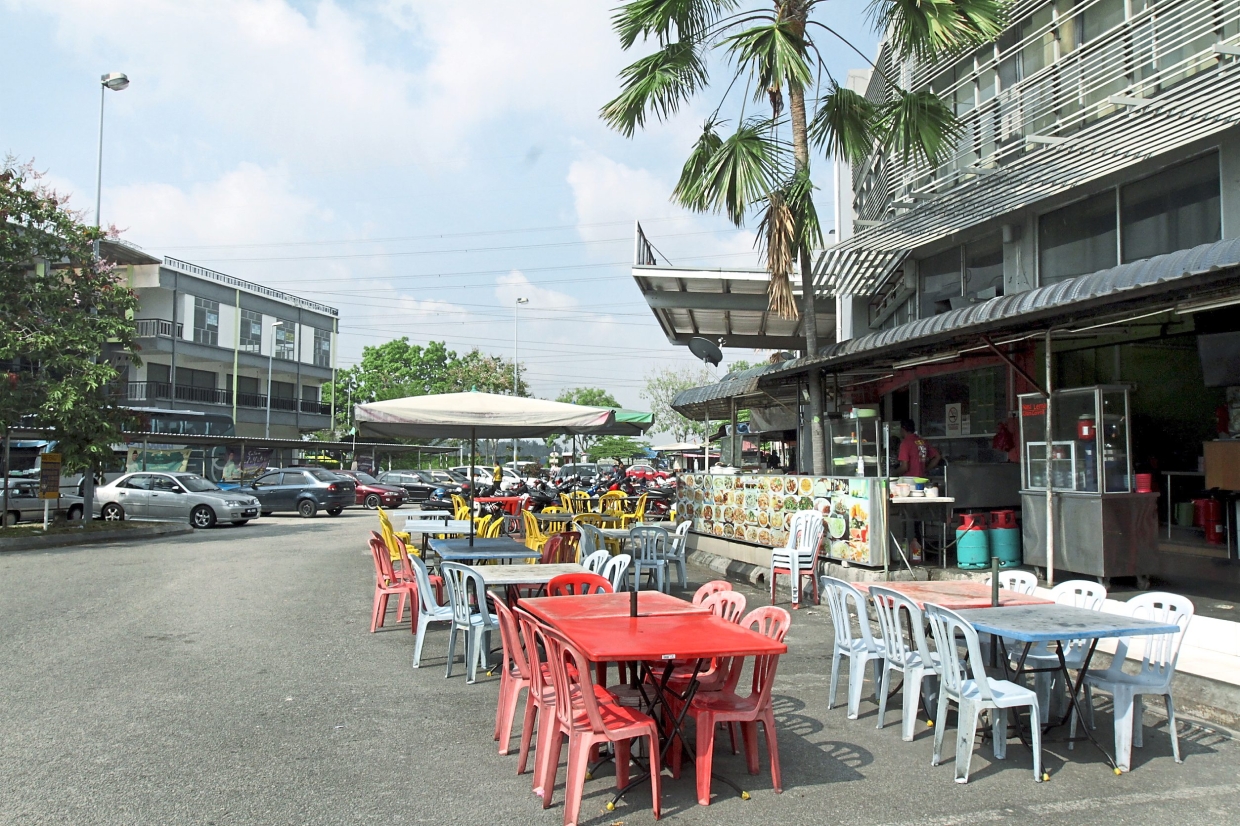 Foreigners have opened food stalls in front of the terminal and put tables and chairs on the parking bays.

“The area is deserted because the commercial building next door is also vacant, ” he noted.

Hazim said the area was in pitch darkness at night as the street lights were not working.

The bus terminal was built by a private company as a joint-venture project with Klang Municipal Council (MPK).

In return, the council leased the complex to the company for 30 years to manage the terminal’s operations, which involved relocating the North Klang bus terminal from Jalan Pos Baru to the hub in Persiaran Klang Sentral 1/Ku5.

Express buses that used to pick up commuters from Jalan Kepayang were also moved to Klang Sentral.

It now serves as a transport terminal for outstation express buses, intercity buses and taxi service. The first floor of Klang Sentral bus terminal is closed off and in darkness because businesses have relocated elsewhere.

Klang and Selangor Coast Rental Car and Taxi Association treasurer Ananthan Munian, 51, said there used to be many taxis serving commuters in mid-2008 when the terminal first opened, but now only a few taxis remained after e-hailing rides became more popular.

Taxi driver M. Prakash, 38, said the terminal was no longer a vibrant hub and it was in dire need of proper maintenance.

He highlighted that cleanliness was an issue.

“The site and its vicinity are in a deplorable condition.

“Deep potholes on the road at the entry point of Persiaran Klang Sentral 1/Ku5 and along the stretch pose a danger to motorists.

“It becomes extremely dangerous for two-wheelers, cars and buses when the potholes are waterlogged during rain and they are concealed. The street needs immediate resurfacing, ” he added. One local who runs a shop in the bus hub, Shamsul Kamar Abdul Razak, 49, concurred that the bus terminal was in bad shape and needed immediate repairs.

“I feel MPK and the private management that operates the bus hub have neglected the building.

“It is time to make an effort to make it vibrant again.

“Locals must be encouraged to trade here but presently, we find foreigners operating food stalls at the site, ” said Shamsul.

Klang Consumer Association president Devadass Anjan said the Klang Sentral bus hub was a concern but MPK did not seem bothered by the pathetic situation.

“It is time MPK and Selangor Government respond to the people’s complaints that have yielded no results. We must revive the bus hub, ” he said.