VISITORS will be spoilt for choice as there are 22 Ramadan bazaar sites in Ampang Jaya this year.

Ampang Jaya Municipal Council (MPAJ) press relations officer Norhayati Ahmad said a total of 1,420 lots were made available at 23 locations in the municipality.

However, to date only 1,358 lots in 22 locations have been taken up, with no takers at the Cheras Hartamas location.

The smallest bazaar is the one at Lembah Maju, where only four out of 10 available lots were taken up.

“Since 2017, we have been using a balloting method to give all applicants a fair chance and there have been no issues,” she said.

She added that traders still

need to comply with the Selangor government’s ban on non-biodegradable plastic bags and polystyrene food containers.

“If traders are found to be using these banned materials, immediate action will be taken, including confiscation.”

The biggest bazaars in Ampang Jaya are in Taman Melawati with 240 lots, followed by Padang Perbandaran MPAJ with 186 lots. 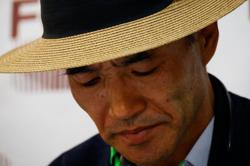