An artist’s impression of Selgate Rawang Hospital being built at Persiaran Anggun in Sungai Bakau.

SELANGOR is one of the most populated states in the country with over six million people excluding foreigners and illegal immigrants.

The increase in population over the years has resulted in congestion at government-managed hospitals and clinics in the state.

This has resulted in a “lack of beds”, which is a term commonly used for lack of hospitalisation space and the reason patients experience long waiting times.

The new hospitals will target patients from the medium-income group who are from the M40 category while the B40 group (about one million of the population) will be able to access these facilities through state programmes such as Skim Peduli Sihat and Skim Rawatan Jantung Selangor, state Health, Welfare, Women Empowerment and Family Committee chairman Dr Siti Mariah Mahmud told StarMetro. An artist’s impression of Selgate Kota Damansara Hospital which will be in Section 3, Selangor Science Park, Petaling Jaya.

The first phase of the 2.58ha Selgate Rawang Hospital at Persiaran Anggun in Sungai Bakau is expected to be completed in December.

The Rawang hospital, which is the first of the five planned, is scheduled to start operations next year.

“The four other hospitals will be built in urban and suburban areas, namely Kota Damansara, Shah Alam, Gombak and Kuala Selangor.

“There are also plans to expand the network of general practice (GP) clinics in the Klang Valley,” said Dr Siti Mariah.

The Selgate Kota Damansara Hospital will be in Section 3, Selangor Science Park, Petaling Jaya, on 1.46ha of land and have 150 beds.

This hospital will operate more like a community hospital with a women and children centre. 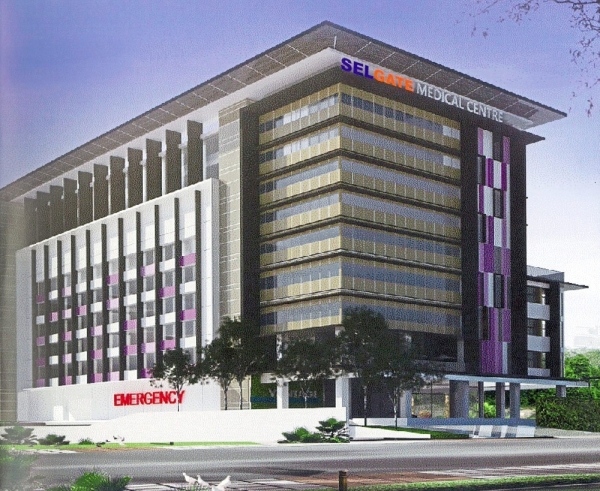 An artist’s impression of the Selgate Setia Alam Hospital to be built in Precint 10, Section U13, Shah Alam.

The proposed 3.23ha site is along the federal road connecting Teluk Intan, Perak, to Kapar, Selangor, which would provide easy access to residents in Sekinchan, Tanjung Karang and Kapar.

Dr Siti Mariah added that at the moment, Selgate is operating 18 GP clinics in the Klang Valley but the hospitals need to be built as they were long overdue.

Based on statistics provided by the state, patient visits to government health clinics (Klinik Kesihatan) in Selangor between 2014 and 2018 increased by 1.45 million patients, with 4.19 million in 2014 compared to 5.64 million in 2018.

Dr Siti Mariah said the funds to build the hospitals would be through joint ventures and also projects financed by Selgate. Dr Siti Mariah says there are also plans to expand the network of GP clinics in the Klang Valley.

“Selgate will cover the payroll of the hospital employees such as the doctors and nurses.

“Johor has its own private healthcare arm and Melaka has Putra Specialist Hospital,” she said, adding that other state government agencies such as Majlis Agama Islam also owned shares in private hospitals in the country.

“It is timely for Selangor to venture into healthcare and this is a strategic move by the state.

“However, there will be no specialist centres like cancer at these hospitals,” she said. Selgate Gombak Hospital will sit on 0.9ha of land and have 150 beds, catering to the densely populated town of Gombak.

Dr Siti Mariah added that in Selangor, the hospitals handled patients with both communicable and non-communicable diseases (NCDs).

“If you visit the emergency units of government hospitals in Selangor, you will see they are running at full capacity.

“The main hospitals in Selangor such as Hospital Tengku Ampuan Rahimah in Klang and Hospital Selayang are operating beyond capacity.

“We have a lot of private hospitals in Selangor but the cost is high for those from the B40 group so they opt for government institutions.

“With the Selgate hospitals and schemes available, we hope to provide services to the middle- and lower-income groups, so they will have an alternative to government hospitals,” she said.

The increasing burden of NCDs such as diabetes, hypertension and ischaemic heart diseases were of great concern, said Dr Siti Mariah.

“These diseases are mostly linked to our lifestyle and preventable when people choose to stay active, eat healthy and quit smoking.” Selgate Kuala Selangor Hospital will be at Jalan Kuala Selangor. This proposed site is along the federal road connecting Teluk Intan to Kapar, providing easy access to residents in Sekinchan, Tanjung Karang and Kapar.

Since she was put in charge of the women, health and welfare portfolio, Dr Siti Mariah has realised there is a lack of health consciousness among the public.

“The public tend to overindulge in food.

“Obesity is among our biggest problems because it leads to diseases related to the kidney and heart as well as high blood pressure and diabetes.

“We have to change our behaviour and it has to start from childhood,” she said.

Dr Siti Mariah said vector-borne diseases such as dengue and tuberculosis was also increasing at an alarming rate.

“Prevention is the key to creating a healthier society,” she said.

Health assistance for those who need it under Selangor scheme TB patients in Selangor can apply for cash aid 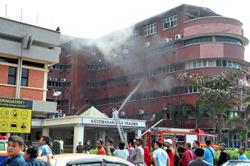 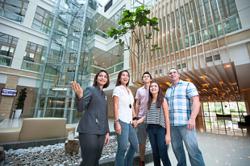