Some sad tales about homes for the elderly

A single bedroom at Econ Medicare Centre and Nursing Home.

MALAYSIA has gained accolades as one of the world’s top five places to retire in, according to International Living’s Annual Global Retirement Index for 2018.

That is great news. However, some have a different story to tell after experiencing events that go on in certain homes for the elderly. 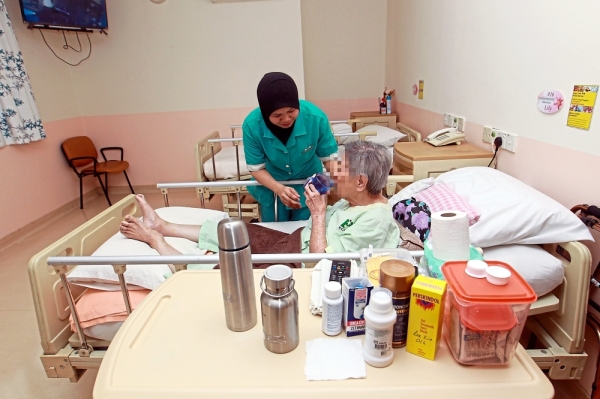 To operate as a nursing home, care must be provided by a registered nurse in accordance with a medical practitioner’s directions, as per the Private Healthcare Facilities And Services Act 1998 (Act 586). — Photos: ART CHEN/The Star

Not only did they have a hard time finding a safe and comfortable place for their elderly loved ones, some of these homes that looked promising turned out to be problematic after a while.

Most family members are uncomfortable sharing their experience with the media because of concerns over possible repercussions on their loved ones, as well as the daunting task of finding elderly care elsewhere. Scarce options

“Some homes are not equipped with the necessary manpower and facilities that the elderly need,” said a woman who wanted to be known only as Mary as she related her family’s experience finding a nursing home for her father.

Despite paying RM4,000 a month for the stay-in service, her father did not receive proper nursing attention as the caregivers were not medically trained, and most of them were foreign workers. The open ward at Econ Medicare Centre and Nursing Home.

“This is the case at most homes we assessed, and it is why they lose patience with the old folk and become rude to them. Also, many of the homes hire foreigners, thus communication is also a barrier.

“We later found out that this home mistreated residents, especially those who had no kin. They tend to bully the resident and disregard their dietary needs,” she said.

The hygiene at the nursing home was also a concern for the family.

“The fridge was filthy, meats were exposed and flies were everywhere. The food or fruits we gave always went missing, they would never reach my father,” she said.

Given what she witnessed here, she dreaded to imagine what would be the condition at other facilities charging a lower fee. Nursing homes should expand their services to provide physiotherapy for residents.

“Elderly care in Klang Valley is a big problem. You’re left with very limited choices and the fees are high.”

She said many urban folk were troubled by this situation, as leaving their parents alone at home while they worked would be highly risky.

“In the current urban context, we need this support as dual income is essential for most families, how many can afford to stay at home to take care of their ageing parents?

“It is sad. We pay all the taxes, yet simple facilities like an elderly home to take care of our loved ones is not readily available,” she said, adding that there were even fewer options for seniors with illnesses such as dementia. Suffer in silence

A former elderly home administrator, who wanted to remain anonymous, experienced such frustration after witnessing mistreatment of old folk. Nursing homes should place emphasis on providing recreational activities for the residents, for better health and well-being.

“I was asked to collect payment from a 30-something man who sent his father to the home. He sobbed, saying he had no choice but to send his father there as he had a full-time job.

“My hands shivered when I took his money with a guilty feeling. How could I ensure his father gets the right care?” said the woman who quit the job after three months without receiving her salary.

According to her, the registered, supposedly charity-based old folks’ home, housed 45 seniors and 10 single mothers who needed shelter.

However, about 80% of the senior citizens’ families paid about monthly RM1,500 each.

The home, founded and operated by a woman and her sons, hires only one caretaker and pays nothing to the single mothers to care for the old folk there, 80% of whom have dementia or diabetes, while two are bedridden.

They obviously needed nursing care but the home ignored this.

“I have seen them raising their hands at the poor seniors, scolding them in foul language. Sim says a ‘thank you’ means a lot to nurses at the home.

“When I tried to stop them, the caretaker screamed at me, saying ‘Do you think it is easy to control all these people?’.”

She said the most heart-wrenching part about the situation was most residents chose to suffer in silence for fear that they would receive worse treatment, or be chased away as they had nowhere else to turn to.

“Some did not dare tell their family as they needed the caretaker’s help at night,” she said, adding that the children would also listen to the caretaker’s side of the story.

The residents were fed little and low-quality food, she observed, and their dietary needs were never followed. Cleanliness of the place was bad.

She said the home’s funds raised doubts as donations streamed in but the home owed rent, salary and miscellaneous bills.

She said she lodged complaints with the Social Welfare Department but to no avail.

She added that the home was one of few that accepted old folk abandoned at hospitals.

The Social Welfare Department has not given its comments despite numerous requests over the last two months. 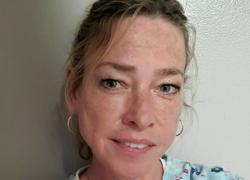