DBKL to save forest reserve

Bukit Nanas Forest Reserve is a green haven in the city. — Filepic

Federal Territories Minister Khalid Abdul Samad said the 0.27ha land belonged to a private owner who applied to develop it.

“We said no. We rejected the application (for development order) so that we can preserve the forest reserve,’’ Khalid said.

“But since we turned down (the landowner’s) right to develop the land, we will buy it from him.

“We are currently in negotiations with the landowner. It is going to cost us a substantial sum but it will be worth it,’’ added Khalid. 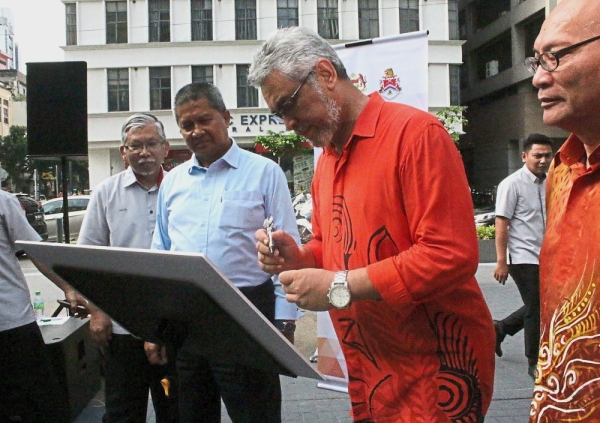 He was speaking to reporters at the Heritage Trail 6 launch, and upgrading and beautification of the Leboh Ampang project yesterday.

He added that buying the land was part of DBKL’s bigger plan to spearhead Kuala Lumpur to become a low-carbon city by 2030.

Asked how much it would cost DBKL to buy the land, Khalid said: “Within the RM100mil range. We have to be fair to the landowner and go by the market value of the land as it is located right smack at the foot of Bukit Nanas Forest Reserve,’’ he said.

When asked what plans were in store for the land, Khalid said it would be left as a green area.

With regards to the Heritage Trail 6, he said there were many attractions in store for city folk now that the upgrading and beautification works were completed.

“There are comfortable sheltered walkways from Bukit Nanas in Jalan Sultan Ismail right up to the Amanah Raya building in Lorong Ampang.

“We have furniture fittings and water fountains along the pathway. There is also an old tunnel discovered during construction which was used by Sultan Puasa over a hundred years ago,’’ he said.

The 10m tunnel, which was used as an escape route during the Klang Civil War in 1866, had been forgotten over time.

Khalid said it would be one of the attractions of the forest reserve.