MORE than 150 monks from the northern region took part in the annual Maha Sanghikadana (offering ceremony) at the Penang Buddhist Association in Anson Road, George Town.

The event saw hundreds of devotees offering alms to the monks including foodstuff such as rice, cereal, fruits and packet drinks.

“Today, we have a total of 157 venerable monks taking part in the ceremony, some of whom are from Perlis, Kedah and Perak. 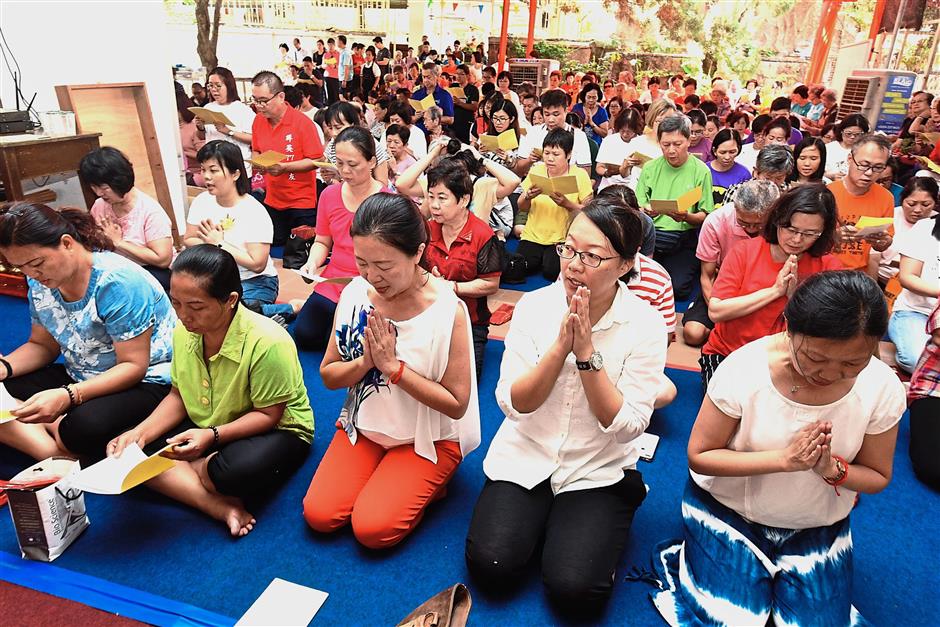 devotees chanting prayers at the event.

“The support from our members and devotees is overwhelming and we estimate a crowd of 700 here,” he said recently, adding that the association also prepared 950 lunch boxes, all of which were distributed.

Association secretary Chan Seong Lok said the association invited 25 temples in the northern region to take part in the event.

He said Buddhists believed that the offering of alms was a meritorious deed.

The event also saw chanting led by one of the senior monks.

This was followed by a free vegetarian lunch for all.

Later, the association members and devotees also offered robes and requisites to members of the Sangha (monks).