Manyin striking a gong to open the international conference on education transformation in Kuching.

KUCHING: Sarawak plans to set up model classrooms next year to introduce the concept of cluster grouping of students.

“If we want our boys and girls to be creative and have critical thinking, we cannot use the present classroom setup.

“In the ideal classroom for the 21st century, students will be in clusters of four, five or six. This encourages creativity, critical thinking and questioning.

“It’s not like the present classroom where it looks like the teacher is the boss. But when it’s clusters, the teacher is actually the facilitator,” he told reporters after opening an international conference on education transformation here.

Manyin said the new classroom concept was based on what he saw in schools during visits to Finland and Beijing, China, earlier this year. 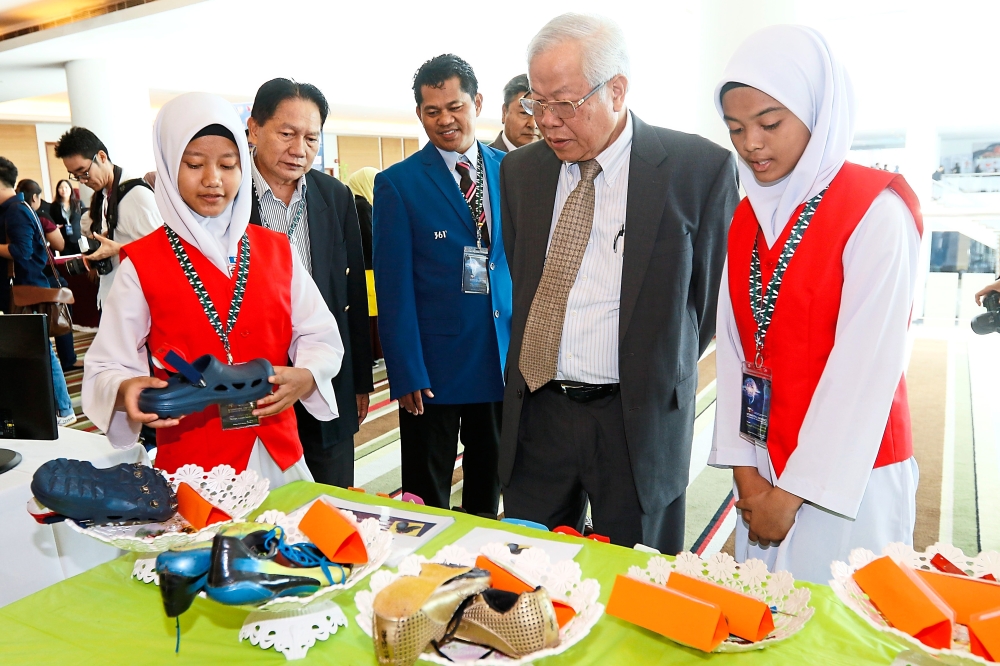 Manyin (second from right) looking at a display of students’ work at the international conference on education transformation in Kuching. — Photos: ZULAZHAR SHEBLEE/The Star

He said his ministry would start with one model classroom in each of the state’s 12 administrative divisions, equipped with desks and chairs grouped in clusters and computers for teaching and learning.

“We’re going to start next year. We will have to get the desks ready and distribute to some of these schools.

“We have not identified the schools yet but there will be schools accessible for others to visit and have a look,” he said, adding that model classrooms will also be set up at the Batu Lintang Teacher Education Institute here as it had the required space.

In his speech earlier, Manyin said conventional teaching methods such as rote learning were no longer appropriate in today’s world.

He said educators must prepare students for the requirements of Industry 4.0, including teaching them to think and be creative.

“We have to think about how to educate our students so that they will not be unemployed later on,” he said.