THE proposed second phase of the traffic dispersal plan for Persiaran Kewajipan may increase traffic congestion along the Shah Alam Expressway (Kesas) if it is implemented.

The proposal by the Subang Jaya Municipal Council (MPSJ) was to close off the right turn onto Kesas at the Persiaran Kewajipan interchange from Subang Jaya heading towards Klang-Shah Alam.

He said this could aggravate the congestion as the existing U-turn could not accommodate more traffic volume during peak hours.

“Moreover, motorists will have to drive another 3.2km (both ways) because they have to turn onto Kesas to make the U-turn before heading towards Klang,” he said.

Mazlan added that in a span of one hour, 1,224 motorists use the U-turn while 848 use the right turn at Persiaran Kewajipan in the mornings between 6am and 9am.

“In the evenings, there are 1,317 vehicles an hour while another 2,024 use the Persiaran Kewajipan exit between 4pm and 7pm,” he said.

The second phase which will begin on Aug 18, two months after the first phase, involves the right turn closure from USJ towards Kuala Lumpur along Persiaran Kewajipan interchange. 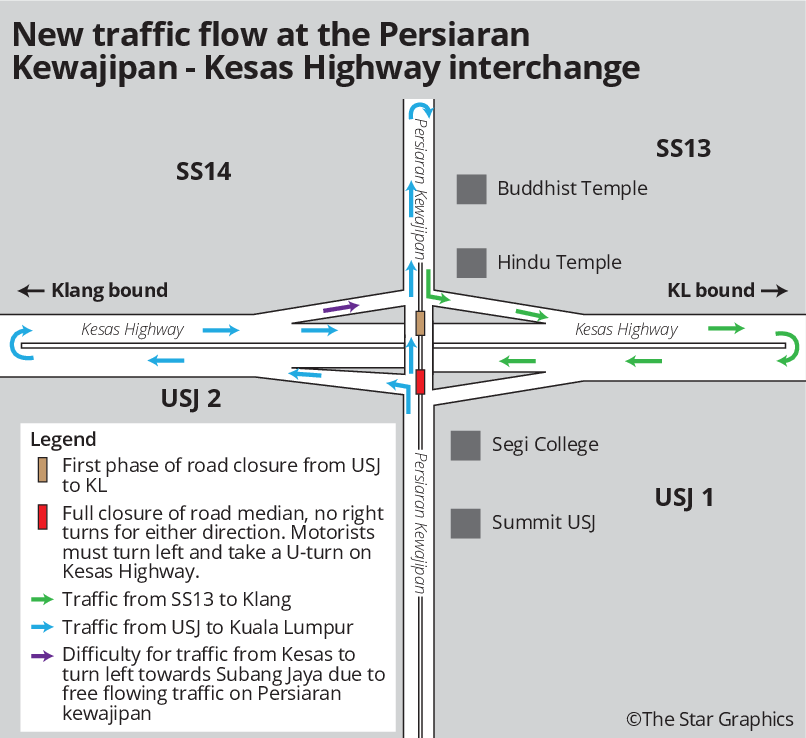 The fear is the possibility of increased number of accidents as the designated U-turn branches off from the fast lane of Kesas, and vehicles will have to shift from the extreme left lane to the right lane.

This will also force motorcyclists to use the main road instead of the motorcycle lane.

At present, Mazlan said 17 out of 18 accidents involving motorcycles had taken place along the main road.

He stressed that the closure of the right turn at Persiaran Kewajipan would result in free flowing traffic that might pose a danger to motorists at the ramp exiting Kesas and heading towards Subang Jaya.

“The traffic light eases traffic flow for those exiting Kesas and turning left towards Subang Jaya.

“But without the traffic lights, motorists will find it difficult to turn left and that could cause a backlog as well,” Mazlan added.

He was unsure if a thorough traffic impact assessment for the entire area including Persiaran Kewajipan and Kesas was conducted.

“Any traffic dispersal plan should benefit all stakeholders, but in this case the traffic will be pushed towards Kesas.

“We hope MPSJ can suspend the proposed implementation and call for a meeting with all relevant parties to ensure smoother traffic flow for both Subang Jaya and Kesas motorists while taking into account their safety and comfort,” said Mazlan. 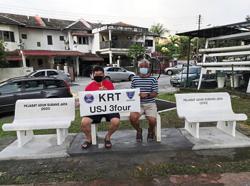