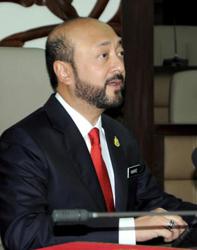 A source said both the developer and the state decided to change the name of the project after Mukhriz lost the Kedah state assembly’s confidence.

He said it was planned in 2011 and Tun Dr Mahathir Mohamad launched it in November 2013.

“Although no one ever officially says the ‘Maha’ part of the name was in honour of him, the locals thought of it that way.

“So after his son resigned, the developer and the state thought it was best to change the name,” he said recently.

LangkawiCity covers 11.5ha and includes a 138m spire-like tower of a geometric design. It is still under construction.

Sited in Kuah town, it is to have a luxury hotel, a marina, premium shopping outlets and high-class residences.

Dr Mahathir is known for his efforts to develop and promote Langkawi during his time as prime minister.

The source, who is familiar with the local political scene, said while efforts were made to remove the ‘Mahathir label’, some locals especially those who joined Parti Pribumi Bersatu Malaysia were loyal to him. 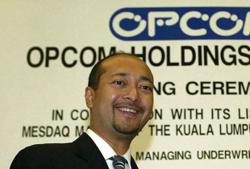 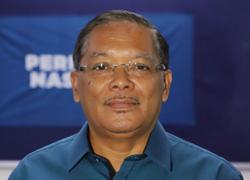