Penang Local Government, Traffic Management and Flood Mitigation Committee chairman Chow Kon Yeow said the length of the route is 12km based on a loop concept that begins and ends at the Balik Pulau bus terminal.

“The frequency of each bus is with a 30 to 35-minute interval depending on the traffic condition,” he said told a press conference in Komtar yesterday.

Chow also said for a start, the daily operation will be from 6am to 11.45pm. “This CAT service is expected to help reduce the use of private vehicles and smoothen traffic within in Balik Pulau town.

“It is also expected to encourage residents in the area to use public transport to go about with their daily activities,” he said.

It was reported last month that the Penang government’s RM15mil free bus shuttle service — Congestion Alleviation Transport (CAT) — had increased the number of its feeder buses to 52 from 46.

The project, jointly run with Rapid Penang, has also added a new route — Alma on the mainland.

The bus terminal in Balik Pulau.

Chow also conceded that the weather was among the factors that may affect the demand for public transport.

“That is why in Kuala Lumpur, there are now sheltered walkways to encourage pedestrians to walk to their destinations or to the particular bus stops.”

Rapid Penang head of operation, control and support Osman Amir said response had been good for the operation of the CAT Bukit Mertajam route since it started last week.

“There are between 1,500 and 1,800 passengers daily for the Bukit Mertajam route.

“There has also been an increase in ridership over the past eight days since operation started.”

He also noted that Ayer Itam, which is a high-density area, had a much wider coverage.

“Since the first day of operation, the ridership has consistently been around 5,500 to 6,500 passengers per day,” he added. 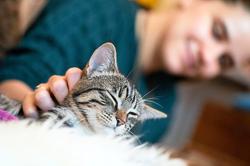