Some of the abandoned cars that have yet to be removed by workshop operators at Jalan 25/53 in Taman Sri Muda, Shah Alam.

MORE than half of the abandoned cars left at public carparks and open spaces at a light industrial area in Taman Sri Muda, Shah Alam have been removed.

Following enforcement action by the Shah Alam City Council (MBSA), it is learnt that the workshop operators from the area removed the cars together.

MBSA issued a warning to the workshop operators in Jalan 25/43, where cars damaged in accident are repaired and repainted.

The warning was made after StarMetro highlighted that the area had turned into a dumping ground for abandoned vehicles which took up parking bays there. Junk left by workshop operators after they removed recyclable items from abandoned cars that were then towed away.

A check by StarMetro revealed that more than half of the cars from the area were removed from the parking bays.

Contract workers were seen dismantling recyclable parts from the vehicles before they were towed away.

MBSA corporate communications head Shahrin Ahmad said the operators were ordered to remove the cars within 14 days of the notice, failing which, the workshop operators would be fined for parking faulty, old, damaged and uncollected cars at public parking bays and open spaces.

“It is an offence to park unwanted cars at public carparks and open spaces. 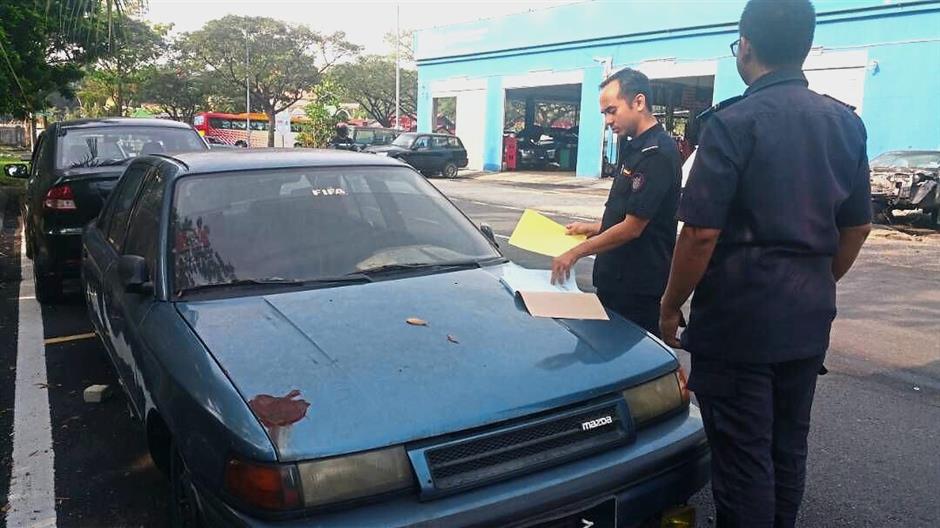 “The operators have conveniently left the vehicles at the spots and they have become an eyesore and a potential Aedes breeding spots,” he said.

Shahrin said the enforcement team also placed notices on the windscreen of the abandoned vehicles urging the owners to remove them.

“The vehicles will be towed to our depot at Section 17 if the owners or the workshop operators fail to remove them,” he said

However, he added that the owners would be required to pay a fine and towing charges. More parking bays are available for the public after workshop operators at Taman Sri Muda removed some of theabandoned vehicles.

StarMetro on March 1 reported that Taman Sri Muda residents were unhappy over the presence of many abandoned vehicles in the area.

Taman Sri Muda Zone A Residents Association chairman T. Mogan, who applauded the council’s action, hoped all the abandoned vehicles would be removed from the area.

He was happy to see vehicles being removed from the parking spots by workshop operators.

“I hope the rest of the vehicles will also be cleared from the area soon,” he said. 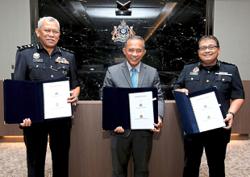 Tie-up to end blight of abandoned cars in JB