Metre-high wall keeps flood out of his home

IF NOT for the low wall sealing off the entrance to his house like a fort, his home would have been submerged in the dirty, smelly flood waters all over again.

While the road outside was up to the thighs in water, lorry driver Heng Kai Chin’s home in Taman Sri Rambai, Bukit Mertajam, remained relatively dry, thanks to the metre-high barrier of cement and bricks permanently enclosing his front door.

But Heng, 43, still skipped work yesterday to keep an eye on the flooding.

“In November, the flood was so high that the water spilled over our wall and filled our house like a swimming pool.

“So I bought a water pump. Anyway, the flood still seeped in through the floor tiles, so I need to stand by at home to pump the water out,” he said.

Exactly two months after recovering from the tragic Nov 5 flood, residents in Taman Sri Rambai and nearby low-lying areas were wallowing in floodwaters again.

Although the rain from Thursday night till yesterday morning was not as torrential as the November one, the townsfolk did not take chances and scrambled to move their cars out to higher ground and seal up their home entrances to stop water from flowing in.

Resident James Tan Long Wen, 20, said the water began rising at 6am and reached its highest at about noon. 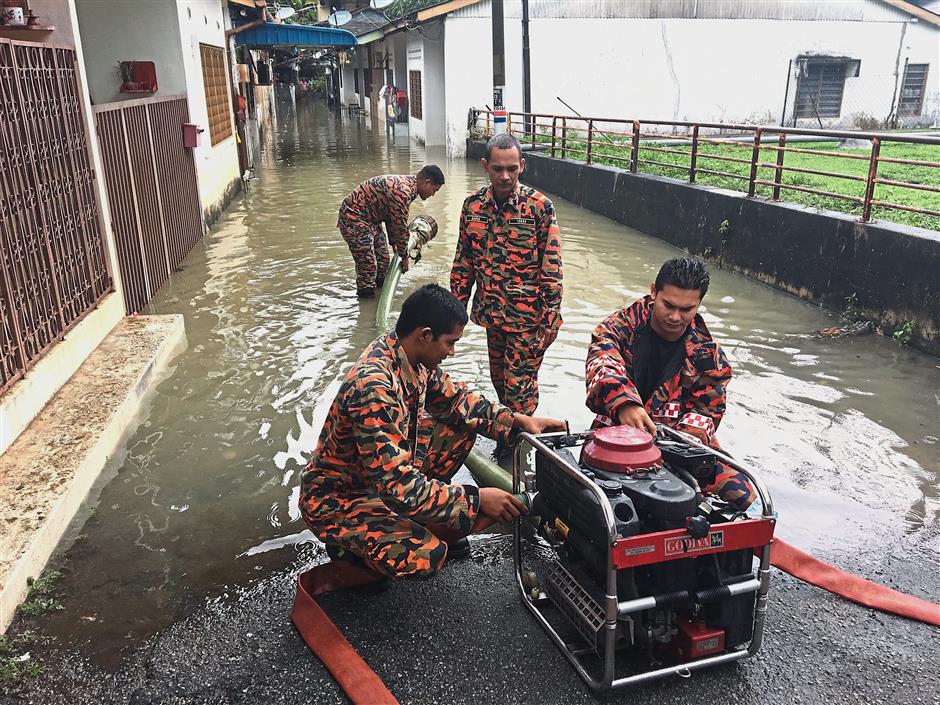 He was seen accompanying his 47-year-old father and 37-year-old mother wading through the flood while carrying bags of clothes and personal belongings.

“Water has entered our house. So, we are moving out temporarily.

"We will return to clean up after the water subsides,” he said.

The rain poured for almost 20-hours since Thursday evening.

According to the state flood report in Bukit Mertajam, water entered at least 100 homes. The Jalan Baru road which connects Bukit Tengah to Prai was also covered in water, while a submerged section of the Butterworth-Kulim Expressway (BKE) near Seberang Jaya was closed temporarily.

Students and pupils in SMK Mak Mandin and SK Mak Mandin were told to go home as the floods in the school had not subsided by sunrise, and those who did not return home were spotted eating in ankle-deep water at the school’s canteen during recess. 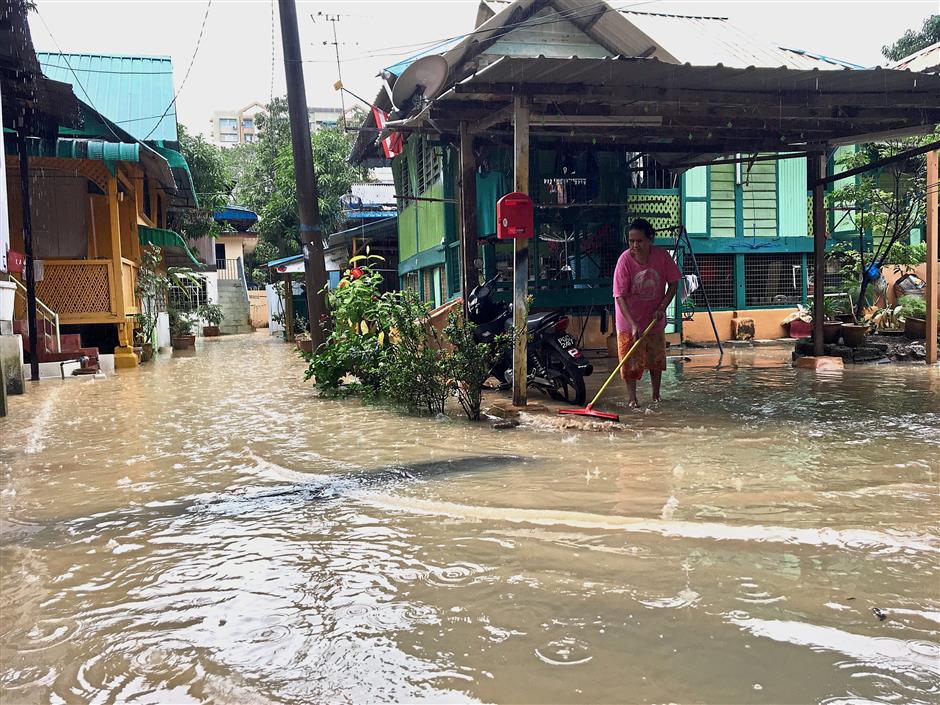 A resident cleaning her porch during the floods in Kampung Makam, George Town.